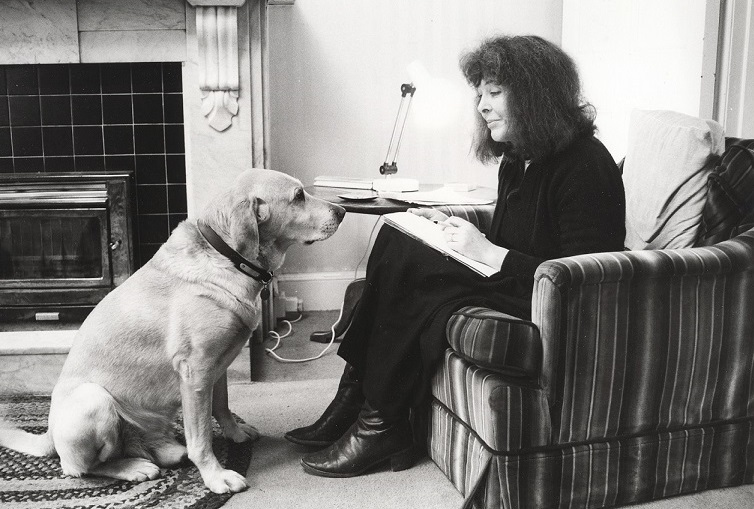 Jones remains relevant to her growing international fanbase, and continues to inspire contemporary writers and other creative work.

The event will feature talks from her protégé, friend and best-selling author Neil Gaiman; her son, senior academic and literary expert Colin Burrow; and best-selling children’s author and academic Katherine Rundell. They will share personal reminiscences and thoughts about Jones’ writing, as well as reflections on her influence on other writers. The event will be moderated by her grandson Johnny Burrow, with contributions from another of her sons, Micky.

All of Jones’ books – which were mainly written for children and young adults – are in print and new editions and translations are being regularly developed and released. She is the focus of international conferences and Studio Ghibli recently released its new film adaptation of her book Earwig and the Witch.

The event has been co-organised by Bristol Ideas and St George’s Bristol, in collaboration with Diana Wynne Jones’ family, friends and fans, including her friend and literary executor Laura Cecil, academic Catherine Butler, and research writers Henrietta Wilson and Lydia Wilson.

Read the transcript of the event

Colin Burrow is Diana Wynne Jones’ youngest son, and the proud dedicatee of her Eight Days of Luke and The Skiver’s Guide, which is for Colin, ‘with whose help this book would never have been written’. To make partial amends for delaying the production of her books by his excessive demands for food while a teenager, Burrow has written about his mother’s work for The Dictionary of Literary Biography. He has also written a number of academic books, and many reviews for The London Review of Books, including pieces on Philip Pullman and on Ursula Le Guin. He is a Senior Research Fellow at All Souls College, Oxford.

Johnny Burrow is a freelance broadcaster who can be heard across BBC Radio London, LBC, TalkRADIO, and more. Previously, he hosted the Drivetime show on Love Sport Radio, where he did his best to sneak references to novels into conversations with football fans. It didn’t go particularly well. One of Diana’s five grandchildren, he spent much of his childhood hanging on her every word about magic ― and very much looking forward to her cooking. One of Diana’s short stories, I’ll Give You My Word, is about Johnny and his twin brother, Gabriel. In her introduction, Diana writes that she suspects one twin, ‘Jeremy’, of having ‘uncanny powers’, while the other, ‘Jethro’, is described as ‘a worrier’. Johnny can’t fly, nor would he be particularly likely to strike a mysterious bargain with a cantankerous old fire demon. But he doesn’t worry as much as he used to, which he reckons is progress.

Michael Burrow is Diana Wynne Jones’ middle son, literary executor, and joint dedicatee with Diana’s eldest son, Richard, of The Ogre Downstairs. He now inhabits Diana’s house of many steps, and works in the software industry.

Neil Gaiman is the author of books for children and adults whose award-winning titles include Norse Mythology, American Gods, The Graveyard Book, Good Omens (with Terry Pratchett), Coraline and the Sandman graphic novels. Recently he’s made some television, too. Gaiman is a Goodwill Ambassador for UNHCR and Professor in the Arts at Bard College. A friend of Diana Wynne Jones, he wrote introductions to both the collection of her writings, Reflections, and her novel Dogsbody.

Katherine Rundell is the author of half a dozen award-winning children’s books, among them Rooftoppers, The Explorer and The Good Thieves, and a very short book for adults, Why You Should Read Children’s Books, Even Though You Are So Old and Wise. She is a Fellow of All Souls College, Oxford, where she works on the poetry of John Donne — a love which began, in part, when she came across one of his poems transformed into a spell in the pages of Howl’s Moving Castle.

It’s important to us that ideas and debate are affordable to everyone. It’s also important that our commentators, artists, writers, poets and thinkers are paid. You are invited to choose your own contribution to this event from £5 to £10. All proceeds go towards supporting our speakers and sustaining Bristol Ideas.

This is an online event on Crowdcast. Please note that Crowdcast works best in Chrome. If you miss the live event or just want to watch it again, the recording will be available on the event page just a few minutes after the live stream ends.