What Can We Learn From Recent Fiction About the Future of Cities? Panel discussion 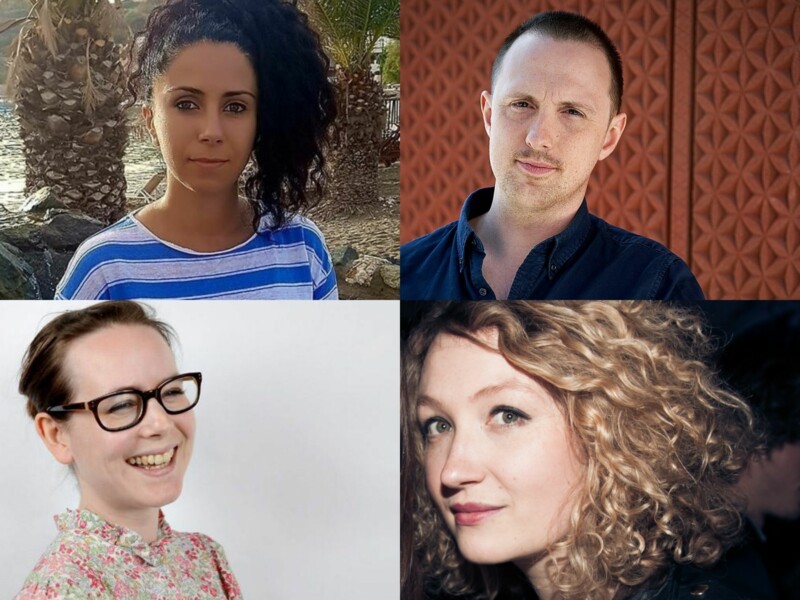 Oana Aristide, Thomas McMullan and Rosa Rankin-Gee discuss their latest novels and what they say about cities.

Cities in fiction are often portrayed in dystopian terms – as places of violence and threat, where escape is necessary. There’s a lot to be gloomy about cities – increasing inequality, places left behind, racism, environmental threat, financial crises and now the impact of the pandemic. Can fiction writers help us find new futures for cities in the midst of this gloom?

In Under the Blue, an apocalyptic road story, Oana Aristide looks at society after a pandemic and also to future AI-influences on life; Thomas McMullan’s The Last Good Man has the cities burning, but escaping to the country is no solution; and Rosa Rankin Gee’s Dreamland looks at a declining Margate, political extremism and the growing inequality which helps foment populism.

All three writers are heavily influenced by the present in their work, helping to illuminate the issues and crises we face, debating how we might avoid these in the future as well as build better places for people and planet.

They are in discussion with writer and commentator Sian Norris.

The recording will be available to watch here from 14:00 on Monday 18 October.

Oana Aristide’s Under the Blue, Thomas McMullan’s The Last Good Man and Rosa Rankin-Gee’s Dreamland are available from Waterstones, our bookselling partners.

Oana Aristide was born in Transylvania, to parents of Romanian, Greek and Yemeni background. After the fall of communism, the family emigrated to Sweden. She has worked in the City of London as a macroeconomist, and as an advisor to the Romanian prime minister, but since 2018 she has lived on a Greek island, converting a heritage villa into a hotel. She is the author of Under the Blue.

Thomas McMullan is the author of The Last Good Man, which won the 2021 Betty Trask Prize. His fiction has appeared in the 3:AM Magazine, Lighthouse and Best British Short Stories. He has also written for the Guardian, Frieze and BBC News.

Sian Norris is a writer and journalist specialising in reproductive and LGBTIQ rights. She is the European and Social Affairs report for the Byline Times, and her work has been published by openDemocracy 50:50, the Guardian, the i, the New Statesman, politics.co.uk and many more. Her upcoming book, Birth Violence, explores how the Far Right is attacking women’s reproductive rights in Europe. She is also the founder of the Bristol Women’s Literature Festival.

Rosa Rankin-Gee is the author of Dreamland. Her first novel, The Last Kings of Sark, won Shakespeare & Company’s Paris Literary Prize. Her work has appeared in the Guardian, Vogue, the Paris Review and Esquire, among others.