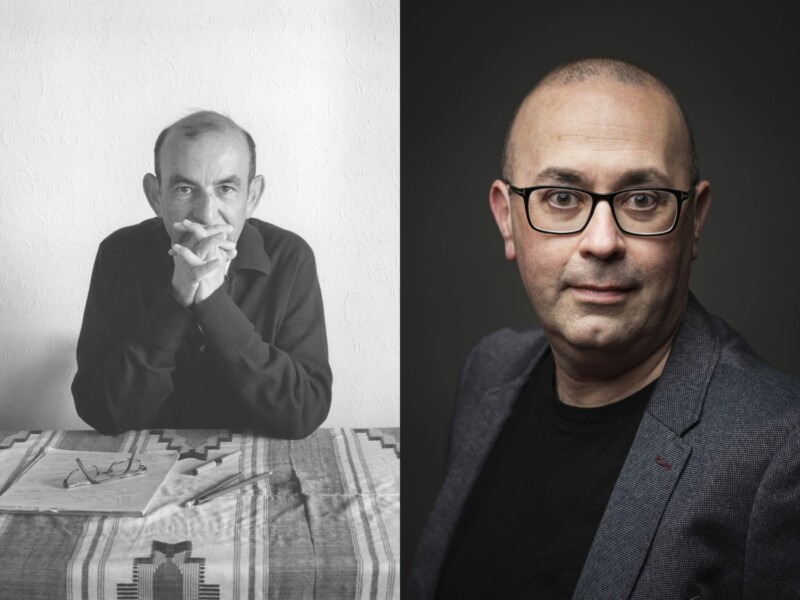 A special conversation between Raja Shehadeh, Palestine’s leading writer, and Matthew Teller, author of the Nine Quarters of Jerusalem.

Aziz Shehadeh was many things: lawyer, activist and political detainee. He was also the father of bestselling author and activist Raja. When Aziz was murdered in 1985, it changed Raja irrevocably. His new memoir, We Could Have Been Friends, My Father And I, is not only the story of the battle against the various oppressors of the Palestinians, but a moving portrait of a particular father and son relationship.

Matthew Teller’s Nine Quarters of Jerusalem: A New Biography of the Old City examines the ancient past to the political present to evoke the city’s depth and cultural diversity. He features not just Jerusalem’s Palestinian and Jewish communities, but also spotlights its Indian and African populations, its Greek and Armenian and Syriac cultures, its downtrodden Dom Gypsy families and its Sufi mystics.

Both writers use stories to evoke place and in a unique back and forth they discuss the writing of their books and the ideas behind them.

Raja Shehadeh’s We Could Have Been Friends, My Father and I: A Palestinian Memoir and Matthew Teller’s Nice Quarter’s of Jerusalem: A New Biography of the Old City are both published by Profile Books. Buy copies from our partners Waterstones.

Raja Shehadeh is Palestine’s leading writer. He is also a lawyer and the founder of the pioneering Palestinian human rights organisation Al-Haq. Shehadeh is the author of several acclaimed books, including the Orwell Prize-winning Palestinian Walks. He lives in Ramallah.

Matthew Teller is an author, journalist and documentary-maker. He writes for the BBC, CNN, The Times, Financial Times, Independent and Guardian and presents and produces documentaries for Radio 4 and BBC World Service. He is a regular on the From Our Own Correspondent programme, reporting from around the Middle East and beyond. He has been visiting Jerusalem since childhood.