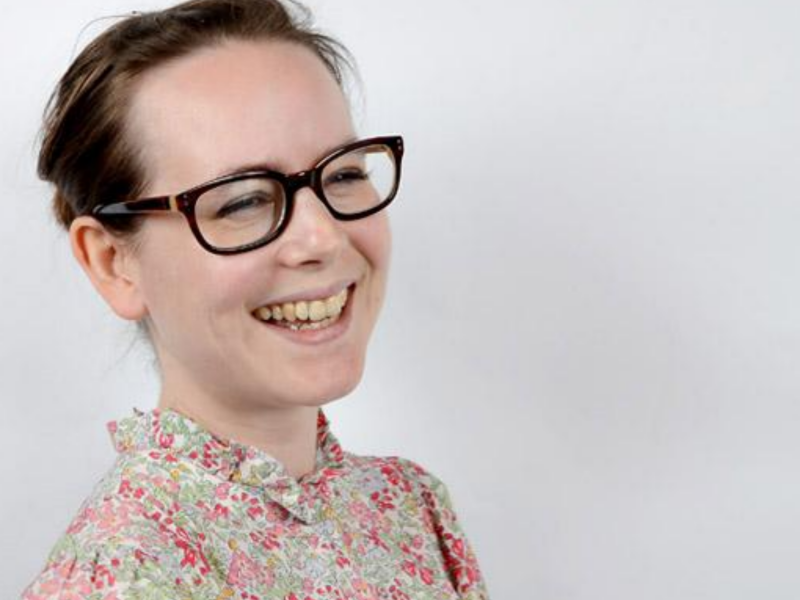 When I was 12 years old, I fell in love with a woman wearing a white blouse, arriving at a bar with a man to whom she was secretly married.

The woman was Ingrid Bergman and the film was Casablanca. I must have watched it dozens of times since then, including on the big screen. From that first discovery, I devoured as much as I could about Bergman and the films of her era, watching scratchy recordings of Spellbound and Notorious on VHS video, staying in to watch For Whom the Bell Tolls on a Saturday afternoon on BBC2, cutting out pictures from magazines of Hollywood’s Golden Era stars and keeping them in a scrapbook. I may have been growing up in the 1990s, but my heart was in a 1930s picture house watching the talkies.

Back then, my interaction with cinema was almost entirely through still photographs. This was before the days when you could stream classic movies on YouTube or even buy second-hand DVDs on Amazon. I gazed at photos of Garbo and Dietrich before I ever watched Queen Christina or Blue Angel. I cut my hair in a Jean Seberg crop, inspired by the Breathless poster on my wall. I’d not yet seen her hawk the Herald Tribune on the Champs-Élysées. When Garbo’s Camille was on BBC2, when I managed to find Marilyn Monroe films collected in an on-sale video boxset, I watched them over and over until the tape ran thin.

I was intoxicated with the glamorous image of Old Hollywood – even if images were all I had. My bookshelf was crammed with coffee-table books full of photos from films I’d never seen, although I could tell you the plots and the stars of all of them.

To me, those movies were populated by a world of women. It was women who were the stars, not the men who played beside them. Who remembers Glenn Ford when next to Rita Hayworth, or Fred MacMurray compared to Barbara Stanwyck? The women were spot-lit, front and centre – it was their names in lights.

When I went to London as a student, the pictures in my coffee-table books finally began to walk, talk, dance and sing. I got a membership to what was then the National Film Theatre (NFT) and, as often as I could, I’d be in the middle row watching their reruns of classic movies. I saw musicals and noir, political thrillers and lots of romance. I watched a print of Porgy and Bess that was so old, the film was washed in a light pink. I finally got to see Audrey Hepburn take a bite of her breakfast outside Tiffany’s window, as she towered above me a hundred feet tall. I laughed as Mae West cracked her whip at a lion and Cary Grant; cheered on Marilyn racing into the horizon on a speed boat with two men in drag and a Florida millionaire; giggled at Katharine Hepburn’s pre-wedding hangover in The Philadelphia Story.

At this point I was living in a shared house with no windows downstairs. My bedroom door had a habit of falling off and a draught meant I’d get woken up by the attic door banging in my ceiling. Let’s just say, in the NFT, the lives on screen were a little less grotty and a lot more luxe.

But the movies weren’t simply an escape because the characters had natural light in their homes and bedding that looked clean.

This was the early 00s – a period whose treatment of women has been undergoing some re-evaluation after the release of the Britney Spears documentary by the New York Times. When I look back on that cultural moment, it can be summed up with the phrase: women were seen and not heard.

Everywhere you looked in the early 00s, women’s bodies were on display. On the covers of lads’ mags, women’s naked bodies were served up to a male gaze. In women’s magazines, slices of naked flesh were served up with bits of cellulite magnified and circled. Women existed as legs, arms, tits and asses – men’s mags gave ‘vital statistics’ relating to cup size; women’s magazines offered statistics on weight and body mass with the obsessive cruelty of a stalker. We saw the faces of car-crash celebs in mug shots and their crotches in paparazzi pics. We were surrounded by female flesh, but we hardly ever got to hear women’s voices.

That overt misogyny and its accompanying silencing seeped out of the media and into our own lives. Sexism was all around us, but it had become impossible to complain. We were post-feminist now, and if we didn’t like the jokes and the cut-up bodies and the sexual entitlement then that was our problem. It was ironic, except when it wasn’t.

It’s no wonder that in university seminars, I didn’t say much. One time I ventured an opinion and was told by a man that we weren’t talking about the suggestion I’d made. I don’t think I said another word that year.

Then I’d walk into the NFT and everything would change.

At the cinema, women got to speak. We got to be brave and we got to crack jokes and we got to cause havoc and wreak hell. Some of us met bad ends but it was even better when we got away with it.

Women in these movies never stopped talking: Katharine Hepburn wisecracked her way through Bringing Up Baby just like she did in Adam’s Rib. They were successful at their careers – didn’t I want to be a journalist after watching Rosalind Russell in His Girl Friday and Kay Thompson in Funny Face? Women were funny – Jean Harlow in Bombshell and Clara Bow in everything (but especially It, I love It). They were sexy and in control – no wonder you can’t tear your gaze from Mae West when she wrote, directed and starred in her best roles. They were brave and self-determined, just look at Lauren Bacall in To Have and Have Not. It didn’t always end well for these women, but some of them had a happy ending and at least all of them got to do.

Of course, most of the bad endings were a result of women characters stepping outside the strict gender roles imposed on them during the Golden Age. To be fair, many women in modern films are punished for transgressing those roles too (and rewarded for sticking to them). Still, I’m not trying to say the 1930s was some magical era of female emancipation. Life was dangerous for women movie stars in the patriarchal studio system, where they faced a culture of sexual abuse and even enforced drug use.

But when the mainstream cinema I grew up with was packed with teen gross-out comedies and superhero epics – films where women’s bodies existed as objects for men to use and abuse, where they’re ‘hooker’, ‘daughter’, ‘wife’ – then hearing women speak funny lines or even get to express a full range of human emotion felt pretty damn liberating. Let alone Jane Russell exhibiting the female gaze in Gentlemen Prefer Blondes.

One of the best films of that era for me remains Stage Door. Ginger Rogers may have done everything backwards and in high heels for Fred, but in Stage Door she is determinedly moving forward with life on her own terms and in sensible shoes. The film celebrates female friendship in all its complex loves and rivalries. It exposes poverty and women’s working lives – showing with empathy the vulnerability of women who don’t have wealth or family or connections to keep them afloat. It tackles issues of male exploitation and entitlement in a way that is strikingly modern . . . and it does it all with Rogers, Katharine Hepburn, Lucille Ball and the is-she-isn’t-she Eve Arden, who strides around the rickety set in enviably well-cut trousers while draped in her cat.

This essay isn’t intended as a nostalgia-fest, a sigh and a shrug that they don’t make them like they used to. There were terrible films made in the 1930s and 1940s, and there are incredible films made today.

It’s simply that, at an age when I was being told women could only be one thing, the NFT reruns showed me how I could be something else.

We could have the best lines, while wearing the best hat.

Sian Norris is a writer and journalist specialising in reproductive and LGBTIQ rights. Her work has been published by openDemocracy 50:50, the Guardian, the i, New Statesman, Byline Times, politics.co.uk and many more. Her book, Birth Violence, will be published by Verso in 2022. She is also the founder of the Bristol Women’s Literature Festival.

THIS ESSAY IS A DRAFT FOR INCLUSION IN OUR FILM2021 BOOK WHICH WE WILL BE PUBLISHING IN OCTOBER. THE BOOK IS FUNDED BY THE NATIONAL LOTTERY HERITAGE FUND. THE AUTHOR RETAINS COPYRIGHT AND TEXT CAN NOT BE USED BY OTHERS WITHOUT HER PRIOR PERMISSION.