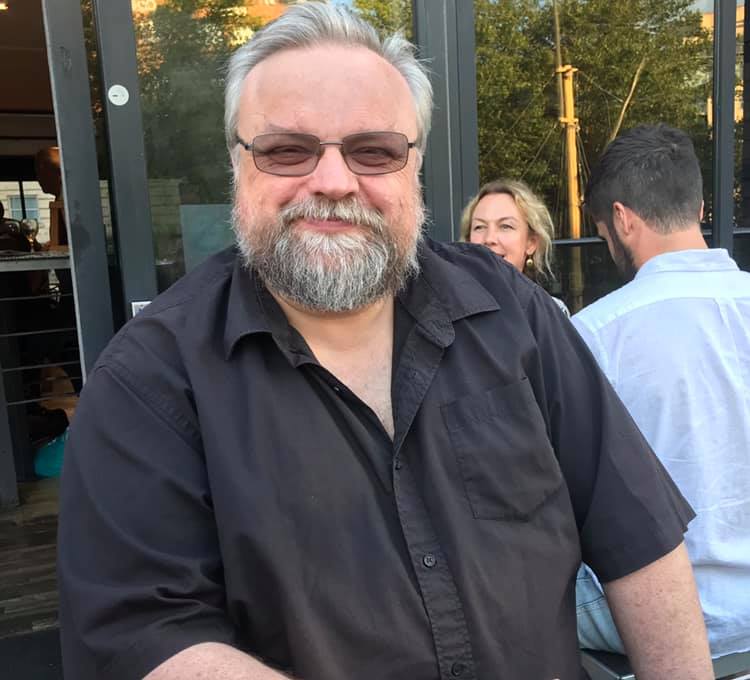 My life has been defined by the cinema. I was taken to the local cinema by my parents or grandparents from around age four. There, I caught the tail-end of the ABC Minors, the Saturday morning pictures where children went to the cinema en masse, without much adult supervision, for a diet of film serials and short comedies from roughly 40 years earlier, and newer but more wholesome and thus patronising-feeling products of The Children's Film Foundation.

I was at school before the days of videotape, so if there was anything audio-visual to be seen and it wasn’t a live TV broadcast, out came the school’s 16mm projector. Occasionally – perhaps once or twice a year – there would be film shows for entertainment, too. Wildly age-inappropriate feature films of the period would be screened to us in the main hall. This included the X-rated psychological horror that had been shot in that very hall, with our teachers and prefects lurking as extras in the background. So that was all right then.

As a student, in the early Eighties, I got the bug badly: College Film Society, a Film and Video Unit as part of the course. Then when I started going to work, investment in a videotape recorder, and the recording of obscure old British fare broadcast on the nascent Channel 4 in the early hours. Cinema-going again, in its various forms, when I reached Bristol. And eventually, film festivals, here and abroad, broadening my range in terms of the age and provenance of the films I was getting to see and learn about. Thus, I’ve had many unforgettable film-going experiences: Kubrick’s 2001: A Space Odyssey under an Italian starlit sky; Powell and Pressburger’s A Canterbury Tale in< Canterbury Cathedral itself; Abel Gance’s silent epic Napoleon, with live orchestra, in a 3,000+ seat picture palace in California.

So, I’ve given a bit of thought over the years, as to what exactly makes for a great cinema.

I think we are fairly well blessed in Bristol and its environs. We have a huge range of film venues in and around the city, catering for most tastes, from the big commercial multiplexes to smaller cinemas like the Orpheus and a myriad of spaces where films are screened regularly such as 20th Century Flicks’ Kino, various community halls, back rooms in pubs, hidden cellars. . . as well as spaces with occasional screenings, like Bristol Beacon, our Cathedral, the Planetarium, and so on. Yes, we look at the abandoned IMAX with sorrow, and fear for the Odeon on Union Street, but overall, Bristol isn’t doing too badly.

So, is it the fabric of the building that makes a cinema great? Yes, I love the faded beauty of the Curzon at Clevedon; equally the luxurious modernity-in-an-old-setting of the Everyman. But also, the setting of Watershed with its excellent customer facilities that make it such a popular hangout even if you aren’t taking in a film; and the Cube with its slightly raffish air, giving you a slight feeling of wickedness for attending it. So long as the fabric of the place is doing its basic job, the roof is keeping the rain out, the seats don’t give you cramp in the running-time of a feature film, and the toilets aren’t flooding, the fabric of a cinema may add interest, but it isn’t what makes or breaks a cinema.

The projection facilities and equipment then? Well, again, so long as the basic requirements are met. I’m not a fetishist for 35mm projection as I do realise that it isn’t always feasible, either practically or economically, and a good digital projection system is just fine. My interest in old films means that I’m used to seeing films screened that, in some cases, survived into the present-day by the skin of their teeth. There are hints of decay, scratches, loss of image quality through generations of duplication, or by surviving on 16mm or even smaller gauges that are now the only sources for what is screened. Therefore, if the aspect ratio is about right, and the focus is reasonable, I’m happy.

Programming? Important of course. If a balance can be achieved between those films that are going to be popular and those films that should be seen but may otherwise fall under the radar of a keen cinema-goer, between the old and the new, between the entertaining and the thought-provoking, you will have my business, and in a city like Bristol, a successful venture. You build a reputation and your audience will trust you if you present something outside their comfort zone. But that isn’t done by algorithms. It’s done by people. I think it’s the people that make a cinema great. Some you will see; some you may never meet. I’ve mentioned the programming. The programmer of a standalone cinema or a chain will make or break the cinema in the eyes of the public. Unadventurous programming can bore an audience; over-adventurous can scare an audience. The cinema needs paying patrons to make its way, but it has to be a mixed diet. The best programmers, as in every profession, make it look easy; you only notice a programmer when the programming isn’t great. The management too. Balancing the books of a cinema must be a dark art at the best of times, let alone currently. Applying for grants, funding, keeping staff on board, employing the best a cinema can afford. Investing in the new equipment, and the expertise needed to deliver those programmes. All the time, ideally, remaining grounded with your audience, taking on board feedback, and staying aware of new developments, new films, creating special events from time to time, building that reputation.

That reputation is in the hands of the Front of House staff. I spent all my working life in customer service, so feel qualified to say this. Whether it’s the Box Office staff or the ushers, they are the most obvious representatives of what a cinema is trying to achieve, and how successfully it does so. The staff in a multiplex tend to be absolutely polite. They can be helpful, but too often they seem disengaged, and any interaction one may have feels scripted, like the sort you hear in America, but without the sincerity American customer service seems to have. . . or seems to fake better, perhaps. Staff in smaller cinemas tend to be more engaged. I hope it’s because they are being better appreciated by their employers, because they have a genuine interest in both the particular cinema and cinema in general, and that it isn’t just a job to them. Arthouse Front of House staff tend to be more knowledgeable, and genuinely friendly. They may ask your opinion of the film, because they are wanting to see it too, or have seen it and want to talk about it. In the smaller venues, they may well be there solely for the love of it; they will be volunteers, keeping our film culture alive in places where it wouldn’t survive as a strictly commercial undertaking. The volunteers of the Curzon, the Cube, and at other venues around the city, I salute you.

However, there’s more to it than that. It’s something I’ve known for a while, but the pandemic brought it into sharpened relief. However much I miss a big screen, here in my flat, or the atmosphere that helps aid concentration on that screen in a darkened room, with no distractions from knowing what is in the fridge, or neighbours hoovering, it isn’t just sitting in a cinema that I miss the most. Nor is it the films themselves; I have access to the streaming services and online festivals, and they have been fine in their sub-optimal way. What was missing was the rest of the audience.

I miss the rest of the audience on various levels. In an audience full of strangers, their almost imperceptible responses are as important to a film’s atmosphere as its music. A stifled gasp, an intake of breath, a holding of breath, a giggle under a hand, multiplied in a crowd changes one’s response. You are not alone. This is a shared experience. Cinema, for all the home-streaming happening now, remains, at its best, a communal activity. The best films engender conversations with fellow audience members when the lights go up. No fellow audience, no conversations.

And it’s that; it’s the conversations one can have subsequently, whether with strangers, acquaintances or friends. Perhaps turning strangers into acquaintances, those acquaintances into friends over time. That is the part of film-going that I missed most and is the hardest, well, impossible really, to replicate: the new friendships developed over a shared love of film. Hence my Friends list on Facebook is about ninety percent populated by fellow film nerds.

Bristol’s important film culture depends on a fairly small network of people who pretty much all know each other; and, by and large, they originally met in a bar, after a film. It’s the organic nature of what has happened in Bristol over the last few decades that makes it strong. Strong but not indestructible. There is much work to be done to repair the damage done by the pandemic. Only a cinema, and the best cinemas, can provide the fertile ground needed to grow a culture of film, and it needs a willing audience to help develop it. The best cinemas gain the best audiences, not just numerically, but the keenest, the most knowledgeable, and the most open to new ideas and to new people.

But there is hope. Because what makes a cinema great, in my opinion, is a combination of its ability to cultivate an audience and the audience it has already cultivated. We must preserve and build on that. As audience members we must return to cinemas as soon as practicable, support our cinemas as best we can, however we can, or we will lose our great cinemas, and that will be a tragedy for Bristol.

Mark Fuller is a retired bookie and has been involved with the silent film scene in Bristol for over 20 years, helping out at Bristol Silents, Slapstick and now South West Silents. He’s a regular at many screens in Bristol and at archive film festivals everywhere.

Audio Recording
Listen to an audio recording of Mark Fuller reading his essay at the SoundCloud link below.