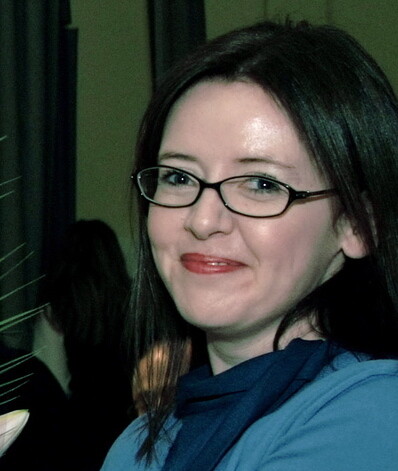 The day we got the keys, I burst into the house, darted through the kitchen, ran up the stairs and headed straight for the room at the end of the landing.

Out of breath, I opened the door, walked tentatively in and closed it behind me. Everything smelled new. The bath, white and glistening, was to the right, the sink straight ahead, and the toilet to the left beside a small radiator. I was amazed.

This was to be our family’s first bathroom. The home we were leaving was a two-up-two-down Victorian terraced house in the lower Falls Road area of West Belfast with no central heating, no bathroom and riddled with damp. The toilet was outside in the yard. During the week we washed in the kitchen sink (not so much a kitchen as a makeshift scullery with a plastic corrugated roof) and every Saturday in a tin bath, filled laboriously with pots of boiling water from the stove and placed in front of the living room fire.

I was seven-and-a-half when we were told there was a new four-bedroom house for my parents and the six of us children to move into just a few streets away, which was where the process of demolishing slum housing had been going on. I remember the rush to the bathroom with absolute clarity as, never having encountered a lock like the one on the door before, I managed to trap myself it in and had to be extracted later.

Other things I remember: the aroma of naked wood and freshly applied plaster; lots of doors and built-in cupboards in which to store things; large windows; the excitement of a garden back and front; the small playground right outside the door with climbing bars; the partially finished houses nearby; the anticipation of the friends I would make and the things we would do in this place, which was filled with newly-planted trees in the streets and places to play.

In our old street, we played on large concrete bollards that blocked the bottom of the road to prevent attacks by paramilitaries using vehicles against the adjacent army barracks. A tall metal barrier lined at the top with barbed wire closed the street off at one end, right behind the bollards. It was constructed as Northern Ireland’s Troubles unfolded. Our street was situated in one of the areas most affected by the violence. The British army patrolled numerous times a day and, because the street had only one way in and out, it was impossible not to feel hemmed in by circumstance and structures.

In the weeks prior to moving to the new council estate, I’d heard my parents and neighbours talk with excitement about it – especially the women who were looking forward to central heating, decent kitchens and bathrooms – but I was too young to grasp the full context or political backdrop. What I soon came to understand was that the new estates springing up in and around Belfast in the mid-to-late 1970s were a response to poor housing, and also to the historical discrimination that meant the Protestant majority experienced favourable allocation of council housing while those from Catholic backgrounds were left behind. Thousands of families had also been displaced due to violence and sectarian intimidation related to the Troubles.

What I now know is that the rehousing process resulted in even greater segregation of the two communities and that this had longer term ramifications for sectarianism and division, including the emergence of ‘peace lines’ along what are called ‘interface areas’, where largely Catholic and Protestant working-class communities border one another. These walls remain a prominent feature of many Belfast communities today.

My early years living on our council estate included watching as a massive brick ‘peace wall’ was constructed across one perimeter. It was a security decision. There were frequently pitched battles between people on both sides of the divide; sometimes they involved shooting. Over time, however, other walls went up. Parts of the estate – which had felt open and accessible when we first moved in – were cordoned off by a series of smaller walls that made it difficult to enter or exit certain areas. Everyone talked about how it was a strategy to stop people escaping the army and police during a riot or other disturbance. When I returned to visit family and friends on the estate as a young adult, it was beginning to feel more like a containment area than a housing estate.

Troubles aside, growing up in the earlier years on a newly-built council estate when I did was, I imagine, not dissimilar in many ways to my counterparts elsewhere in the UK. There was the sense of a fresh start. There was a lot of outdoor play and everyone knew their neighbours. There was an implicit understanding that this was the kind of housing people should be able to live and raise their kids in – not the slum-like conditions we’d been used to. By the time we moved to our new house in 1977, Northern Ireland had the worst housing stock in the UK and possibly in Western Europe.

Life was tough for many people on our estate, not least because of soaring unemployment, but also the place had its own character – and characters – and a certain degree of resilience and pride. The humour was caustic, cutting and ever-present. When I first saw the 1981 Bill Forsyth film Gregory’s Girl, apart from making me laugh hysterically, it was like holding up a mirror to some of my own experiences. The scene where Gregory is leaving the house and there are bunches of toddlers scrambling around without any apparent supervision getting under his feet, the curious cast of characters hanging around the estate or at the chippy, the banter and the wit and the general sense of a place where people knew and greeted one another, are all familiar. I felt a similar affinity when I watched Jonathan Harvey’s exceptional 1990s LGBTQ coming of age film Beautiful Thing, based on his play of the same name and set against the backdrop of a post-war London council estate.

Our estate, whose boundary started about a half mile from Belfast city centre, was dominated by two-storey family homes. There were some flats, although not many, and there were no properties taller than three storeys high. When we moved in there was a small football pitch, some playgrounds and green spaces with trees and shrubs that brought colour and nature to the streets, and some squares and cul-de-sacs. People who had a garden for the first time planted flowers and vegetables. A local shop sat at the centre.

Not far away on the other side of a major road was Divis Flats, another kind of estate. Even at an early age, my friends and I were aware that Divis was different. We were always glad that, even when the Troubles, economic deprivation and high unemployment of our community were taking their toll, we lived in a place of houses, with outdoor space rather than being ‘cooped up’, as my mother put it, in densely populated flats in poor conditions.

In my teens, as the estate began to lose its initial sheen and as I became more politically aware, the broader cultural attitudes towards council estates and the people who lived in them began to resonate. These were the Thatcher years, when the sale of council houses in England was fetishised and when it felt that to rent a council house rather than own a home was a sign of failure, ‘dependency’ or of a lack of ambition. I am certain that we internalised those judgements.

My experience of council housing is a deeply personal one and, to an extent, not a typical one, because of the particular circumstances of Northern Ireland. Nevertheless, over the years as a journalist writing on social affairs, I’ve been in and out of my fair share and met, interviewed or collaborated with people living on estates ranging from youth workers to former gang members and aspiring film-makers.

There are myriad aspects to council estates and the experience of living on one, but something that is always front of my mind is the stigmatisation of people who live on them, and how the wider culture encourages this destructive tendency. The structures we inhabit and the immediate physical and cultural environment that surrounds us can leave deep impressions but the stigma attached to people living on council estates can be especially potent. It can have a negative impact on our view of ourselves and our place in the world.

Terms like ‘feral youth’, ‘underclass’, ‘sink estates’ and ‘chavs’ have helped foster and reinforce powerful, demeaning and dismissive stereotypes about people who live on council estates, which can then be conveniently appropriated to bolster arguments that undermine the principle of providing social housing. We need to challenge these stereotypes as a matter of urgency.

During 2018 and 2019, I had the great good fortune to collaborate with young people from council estates in England who were creating work, including films, to upend unfounded perceptions of the people who live on them and to educate others on the reality of life as it is actually lived. Their voices and their ideas are, I believe, fundamental to any shift in the way we provide affordable public housing in the future. Ask any child what it feels like to move into a safe, clean and spacious home that they can’t be kicked out of at a moment’s notice and you will understand why finding an answer to the housing crisis that Britain faces but is yet to tackle is so critical.

THIS ESSAY WAS FIRST PUBLISHED IN 2019 AS PART OF THE HOMES FOR HEROES 100 PROGRAMME. Mary O’Hara is a social affairs writer and the author of Austerity Bites: A Journey to the Sharp End of Cuts in the UK. She is taking part in the panel discussion Tackling Inequality in the UK on 22 October 2021 as part of the Working-Class Writers Festival.