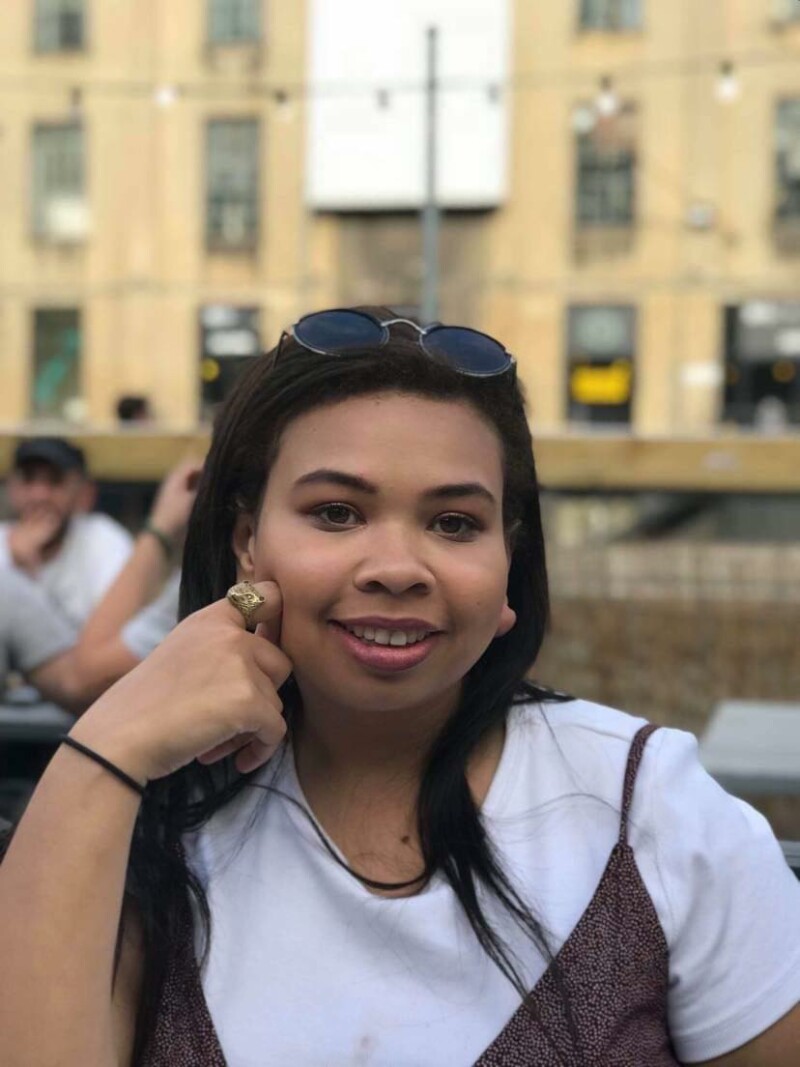 #BlackGirlMagic is a recognised hashtag where Black women celebrate our successes. But there did not seem to be much of this magic when I was a kid.

It was not until I was 12, in fact, that I saw the possibility of a woman, brown and full-figured, owning the screen and taking up the space I wanted to be able to take up.

Growing up mixed-race in a predominantly white neighbourhood is a strange experience because you don’t see yourself reflected back at you. My parents worked really hard for me and my brother to not feel the odd ones out. I defy you to find a child who knew as much about their cultural history as me and my brother did. Any time we were fighting my father would say, calmly, ‘No violence, remember Martin Luther King’. My mother would not let me have Barbie dolls because she did not feel that Barbie – and whatever her Black friend was called – represented me, my natural hair or body shape well enough.

As hard as they worked, though, you cannot stop a child from looking around themselves and understanding the world based on what they see. I looked around and saw girls with straight hair, with thin bodies, with pale skin. I turned on the television and I saw Lindsay Lohan and Anne Hathaway. I am aware now this was due to my own choices in viewing, but then I thought this was what the world looked like.

The few Black women I saw still seemed unattainable in their appearance and the space they inhabited. I was no Beyoncé or Rihanna, despite desperately trying to learn to dance like them when I was too young for it to be appropriate. As a fat child, the one type of Black woman I saw still felt so disparate to the experience I was living. The body I inhabit still does not always feel like home, but as a child it felt foreign not only to me but to what I saw around me. I was, and still am, a very dramatic person. As a child I thought I ought to be on the big screen but didn’t see where that would sit with the films I saw, with the music videos I watched, or even with the kids TV shows that filled the gap between the two.

This was long before Viola Davis or Octavia Spencer had won their Oscars, and before Lizzo taught us that big girls belong on the stage. At age 12 what began my understanding of the space all these women now inhabit for me was the movie Hairspray. I am aware there was an original Hairspray made in the Eighties, but I am 25 years old and to me the 2007 film was a revelation. It is strange how a film about segregation in the Sixties provided representation for me that no modern-era films managed. The singing and dancing awakened a life-long love of musical theatre within me, but more importantly this was the first film in which I saw Queen Latifah. She lit up my screen, and in turn lit up my world.

Queen Latifah is effortlessly beautiful in the film. Her outfits are decadent and dramatic, and her introduction is a stop and stare moment. Or at least it was for me. She is elegant and wise and provides the dramatic heart of the film. Without her the story is a white saviour tale, but with her we see that this is a movement that goes far beyond the white lead. Queen Latifah’s character has been campaigning for integration at the TV station where she works for long before the lead, Tracy Turnblad, arrives on the scene. She has been managing ‘Negro Day’ with class and charisma while experiencing the songs performed and written by her performers being stolen by the white cast members. All this, and she still managed to be joyous and defiant. Queen Latifah plays her role with grace but also with frustration. You feel in every scene she is in that she is tired of this. She is maternal, she is a leader, but she is angry, and Queen Latifah gives her a nuance that is not on the page.

The cement that locked in forever my love of Queen Latifah was her first big song of the film. She sang the powerful and celebratory ‘Big, Blonde and Beautiful’ and it was as if she was singing directly to me. The most beautiful woman I had ever seen, Black and big, was singing to me that not only was she beautiful, but these were the things that made her beautiful. I cannot claim I have ever been blonde, apart from the occasional Halloween wig, but you could not have told me this song was not about me. Looking in her unapologetic face that day changed something in how I saw myself. No longer did I feel that people who looked like me did not exist. No longer did I feel that the way I looked was wrong or outside of what beauty could be. She was the Pied Piper, and I was part of the army of Black girls who were following her song to acceptance.

Today I understand that a fuller-figured woman is an accepted part of Black beauty standards. I see that Queen Latifah had a long and historied career before this, even playing romantic leads in films like Last Holiday or Beauty Shop. I know that Jennifer Hudson had won an Oscar the year before for her turn as Effie White. I know that Missy Elliott had been a successful rapper for years with her body not being problematised by the media. However, as a child this was not the world I saw. I saw only the beauty standards peddled by magazines and fashion houses. I saw Kate Moss and Paris Hilton and understood that if I could not be thin and statuesque I could not inhabit this public space I was so sure I belonged in. Queen Latifah’s career mirrored the reality of Black beauty standards, where she could play these romantic parts that, to me, were only for white women with a certain body type. On researching Queen Latifah I understand that her look had changed to be more feminine, possibly more palatable, as her star rose. To me however, she has always been the most glamorous woman in the world. She has always been her Hairspray character, Sixties beehive and all.

Years after I saw the film my school put on a production of Hairspray. I can remember the excitement that ran through me when I found out this was happening, as I had been preparing for this role since Queen sang her first note. I did my first audition and got a callback. I had not put down which role I wanted but my callback was for Queen Latifah’s part, so I felt the teacher knew I was meant to be her. I was not majorly involved with drama at school, as I was part of a drama club in the evenings and felt it was unnecessary to encourage any ridicule from classmates. This was different though. The whole school was abuzz with Hairspray excitement, the first musical we had put on of a film we had all seen. I practised ‘Big, Blonde and Beautiful’ everywhere I could. In the shower, in my room, probably in my dad’s ear.

When the audition came, they handed out the sheet music and I was taken aback. Queen Latifah has another big solo in the film, and this is what we were to sing. The other solo in the film is the song she sings during a protest. It is called ‘I Know Where I’ve Been’ and to most others this would be the big political number of the film. This song is a dramatic ballad about the trials of racism but never for a second had it occurred to me to prepare to sing this. To me, ‘Big, Blonde and Beautiful’ was so powerful that it had eclipsed even the possibility that another song could be the expected audition song. I struggled through the audition and left with the realisation that what can be powerful for one person, can be completely missed by others.

As an adult I am so grateful for what this film did for me as a preteen. I was able to see that the world had a place for me, and that women like me had existed all along. Queen Latifah is still someone follow religiously, and with the growth in plus-size activism I see people like me inhabiting the spaces she built for us. When she sang ‘Big, Blonde and Beautiful’ I heard her true words. I heard the rallying cry of ‘Big, Black and Beautiful’ and I saw myself reflected back at me.

Grace Staples-Burton is a blogger and marketing assistant. She has a passion for social justice, pop culture, theatre, TV and film. Her work decodes how media reflects and has an impact on her experiences as a mixed-race British person. Information on her writing and projects can be found via her social media: @gracesleeps1 on Twitter and @gracesleeps on Instagram.