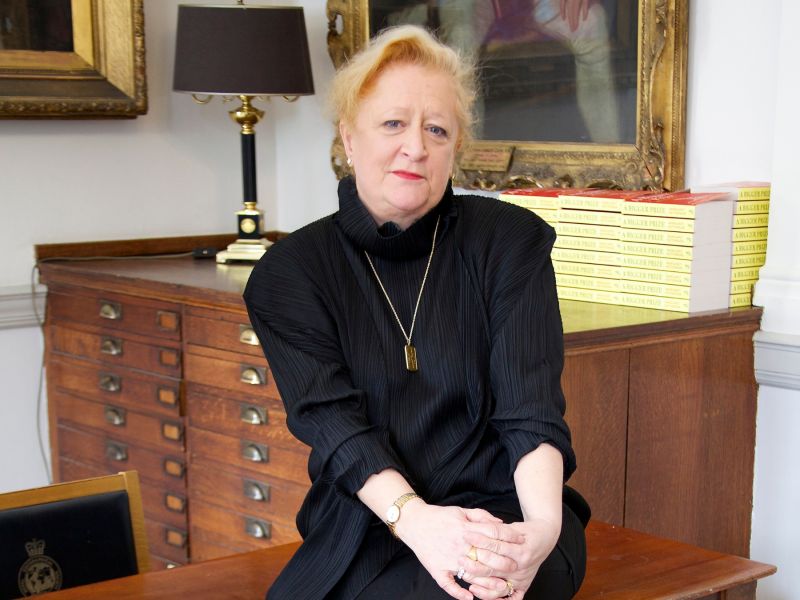 You can’t look away: the film is too gorgeous, its characters too vulnerable, their story too puzzling. Tightly crafted, it feels loose: no genre, no signposts, no familiar structure that tells you early on what you’re in for. Only sounds and images too rapturous to ignore.

But it’s three hours long. Almost impossible for cinema owners to schedule profitably, it ran just a week or two and few came. The minute Watershed scheduled it, I insisted that my two children (aged 20 and 25) come with me. This wasn’t a huge stretch; they’d loved Florian Henckel von Donnersmarck’s earlier film, The Lives of Others. But three hours? I offered the reward of a Chinese meal afterwards. What kind of film was it, they asked. I couldn’t tell them; I still can’t. Yet when it finished, they turned to me, bright-eyed: that felt like no time at all.

Time is a big subject in this movie. In the first part of the film, we see a lot of Sebastian Koch’s rigid Nazi doctor, Carl Seeband. But then he disappears for an hour. We forget all about him as we follow the early life of an aspiring artist, Kurt Barnert (played with a rough tenderness by Tom Schilling). But for at least an hour, we have little idea what the film is about. The length of his film allows von Donnersmarck to give us the experience in a movie that we have in life: moving past any number of unexplained people and places whose meaning we don’t know unless the passage of time connects them. We wander from tragedy to happiness to confusion, love, laughter and frustration, collecting and discarding memories but with no capacity to predict which, if any, will matter.

Kurt dimly gleans this, as he moves from sign-painting, to socialist realism in East Berlin and to a state of abject confusion at the Art Akademie in Dusseldorf. ‘If I tell you six numbers at random, that’s just dumb,’ he tries to explain, ‘but when I read the winning numbers from the lottery, suddenly they have some quality, something imperative, even beautiful.’ No one knows what he’s talking about, but the film shows us: that the random events in our lives acquire meaning, even beauty. But it takes time to see how.

Time and freedom. That the film can’t easily be categorised is as important and deliberate as its length. Genre imposes a certain inevitability; the formal logic of an action movie reassures us from the start that, however disconnected a series of events might appear, the mystery will be neatly solved by the end. All along the way we’re given clues, the handrails that reassure us we’re on a predetermined path and we’re safe. That isn’t von Donnersmarck’s game. He is all about ambiguity and paradox: a horror story imbued with love, a sensuous film about ideas, a Nazi movie that deeply explores the source of human creativity, a ravishingly beautiful film about the ugliest people. Ambiguity, the irreducibility of life to slogans, mantras, equations and strategies, holds all of that tension. Early on, Kurt asks, ‘why does the most idiotic snapshot have more reality than my paintings?’ only to discover that it’s his paintings that reveal the true reality of the snapshots.

Had I said any of this to my kids, they would probably not have joined me; it all sounds so cerebral and abstract. (The film even risks an explanation of Descartes’ ‘I think therefore I am’ that bests any philosopher’s.) But the visual and aural beauty of the film makes the ambiguity mesmerising. Cinematographer Caleb Deschanel, the only English speaker on the set, says that not understanding the actors’ words meant that he could judge the effectiveness of shots only by how they looked; most have the eloquence of paintings. The weave of sound effects (rustling leaves, clocks) with Bach, Purcell and Max Richter’s soundtrack gives the film that sense of choiceful intent that persuades us it will all add up to something, even though it’s nearly two and a half hours before we know what.

Beauty in image, sound and performances makes us care. We’ve seen in young Kurt a childhood of violence and loss. Can it ever be repaired? What would that look like? Our question, of course, is his. Instinctively he moves towards freedom: from the demands of the East German state to an art school where he’s told: you can do anything you like in here. ‘If only I knew what that was,’ he replies lightly, though the thought threatens to crush him. After so much hardship, freedom is confusing.

What turns Kurt into the painter he feels himself to be is life: failure, experiments, love, grief, frustration and laughter. It is as these accumulate that he becomes an artist: not from ideas but from experience deeply plumbed. It’s an agonising process, saturated with uncertainty about whether any of his flawlessly executed but derivative attempts will amount to anything. Almost all artists talk about their work as a mysterious combination of invention and discovery and that’s one of the stories Never Look Away tells. Kurt tries to invent himself through any number of styles: from socialist realism when in East Germany to faux-Jackson Pollock when searching for a marketable idea in the West. Each is a conversation with himself: is this the artist I am? He’s dazzlingly competent but knows the answer is ‘no’. The scenes are funny, tender; we all experiment to find out who we are. But as time passes, the quest becomes desperate for Kurt. His art fails. His wife miscarries. He has no money and depends on his Nazi father-in-law who points out grimly that, by Kurt’s age, Mozart was already dead. Nobody can help him. His radiance dims. The whole film goes dark.

The search is hard and long; it won’t be condensed into a neat 90-minute narrative. It wanders, seems lost, comes in and out of focus. Having the fortitude to persevere in the face of doubt is what gives art and artists their strength. What von Donnersmarck knows is that Kurt’s is the generation that restored Germany, not by looking away but by insisting that the past be examined. The physical reconstruction of the country in the immediate post-war period had been accompanied by moral blindness and silence, looking away with avid determination. Only in the Sixties did young people demand to explore what had happened to Germany and to Germans, a spiritual reconstruction that built a path from the past to the future. Kurt of course cannot know this, but his search for himself, and Germany’s for itself, are fiercely, unconsciously intertwined in what he comes to paint. This is what art can do: discover buried truths. It’s what happens if you refuse to look away from what you don’t understand. Keep at it and the truth emerges. Art changes what people see.

Having the stamina and courage to confront hard questions, to reject fake and half-truths, is what art does and where it gets its power. That is why repressive regimes fear it. They belittle it as trivial (a hobby), infantile (it’s just play, even a child could do that), lazy (what do artists do all day?) or commercial (not bad for $82 million) in an attempt to diminish its force and longevity. To a utilitarian, one who values facts over understanding, and efficiency over beauty, to whom the only progress that matters is economic, art is frivolous, wasteful and pointless. Why become a ballerina when you could have a secure job in cyber-security? But to others, art inspires us to understand and to feel what we can see by no other means.

This is why I wanted my children to see this film. Growing into adulthood in an age that favours the instant hit, caring more about price than cost, and where we are encouraged to look away fastest from issues that matter most, what could be more important than a celebration of looking, seeing and persevering? To challenge their own history with penetrating questions, refusing to settle for glib answers, choosing with care the role they play in their future, finding meaning in work and knowing that in its difficulty lies value: these are habits of mind I want them to treasure. For themselves and for all of us, the bulwark of human creativity.

The Chinese meal was excellent. But the conversation, even better, continues.

Margaret Heffernan produced programmes for the BBC for 13 years. She then moved to the US where she ran technology companies. She is the author of six books, of which the most recent is Uncharted: How to Navigate the Future.

Audio Recording
Listen to an audio recording of Margaret Heffernan reading her essay at the SoundCloud link below.