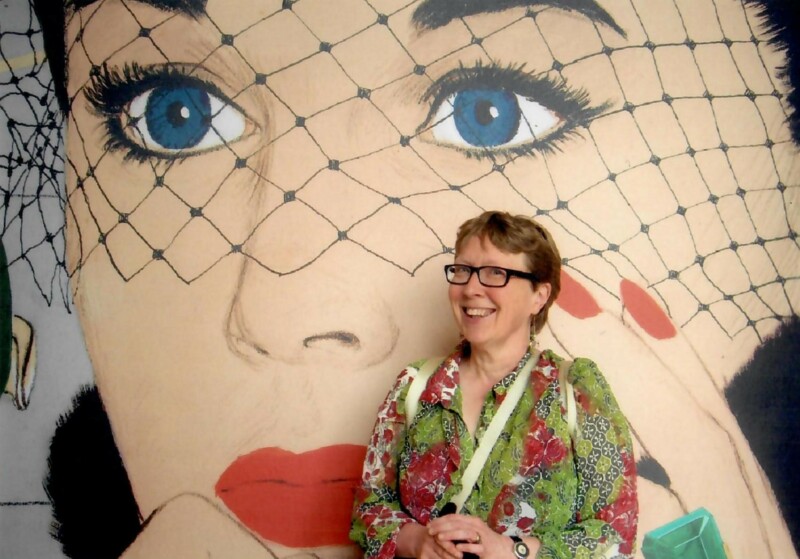 This is the story of a former film student and how, after three years of ‘reading film’, she returned to her near life-long love of watching movies.

I was the youngest of four siblings with a ten-year gap between me and my eldest brother. Subsequently I was included in family outings to the pictures (‘cinema’ wasn’t part of our vocabulary then) to films aimed at an older audience than that of most of my contemporaries.

The first film I remember seeing on the big screen (and one of my earliest of all memories) was Help!. It was 1965. I would have been coming up to my fourth birthday and it must have been a weekday as we were taken by my mum who worked on Saturdays and wouldn’t let us go beyond the front gate on Sundays. I can clearly see the five of us sitting in the centre of the front row of a full house. We were all fans of The Beatles. As there were four of them and four of us children, we were assigned one each – I, who had the last choice, was ‘given’ Ringo.

I loved Help! but was disappointed by our next cinema visit, to see The Sound of Music. I’d liked some of the musical numbers but soon got bored with the romantic plot and at one stage was stomping up and down the aisle singing my own version of the theme song until the manager came down and threatened to evict us all. A few years later I was responsible for us nearly being ejected from the bus home because I was singing ‘We All Live in a Yellow Submarine’ to the annoyance of the clippie.

Saturdays were the days we’d go to the pictures with my dad. I remember seeing Far From the Madding Crowd, losing my six-year-old heart to the exquisite Terence Stamp; Zulu (we all started calling the lane that ran by the local primary school ‘The Zulu Cut’ because the bank on one side of it reminded us of the ridge in the film); and Mary Poppins.

My sister and I shared a tiny box bedroom, she on a reconfigured ship’s locker with a mattress on top, me in a ship’s bunk (my dad was a boilermaker at Vosper Thorneycroft’s Southampton shipyard and had access to surplus material during refits). Eight years older than me, by the late 1960s Jill was going to the cinema with her friends, without the family, telling me the plots as my bedtime stories. Thus, I could picture the opening sequence of Thoroughly Modern Millie and the endings of The Graduate and The Hot Rock, among others, long before I saw them.

We were still watching a black-and-white TV until the mid-1980s which might be why the colour of the big screen had such a lasting impact on me. Those rich visual memories are sometimes tied in with ones related to food: the knickerbocker glory I had with my mum in the restaurant at Tyrell and Green before going to my birthday treat of Half a Sixpence; the previously unimaginable luxury of a top-of-the-range ice-cream purchased in the interval of Star! by our visiting cousins; and the box of fruit gums I shared with my mum when we saw Butch Cassidy and the Sundance Kid at the dingiest of the high-street cinemas, the Classic.

The individual films I saw on TV during that period are less memorable but the recollection of us sitting together on a Sunday night, the only light coming from the screen, is still strong. I used to start the evening sat behind my mum on the back of her armchair; by the end of the film, I’d have the chair to myself and she’d be on the floor, leaning against it.

As the rest of the family drifted away to their own pursuits, it was Mum and I who remained the film addicts as far as TV-watching went. We liked what we would call ‘a good western’ – though didn’t agree on Audie Murphy who I thought was adorable and she thought was a twerp – or a tough-talking film noir or an MGM musical. She wasn’t keen on the screen depictions of London’s East End. She was born in Poplar where she lived until marrying Dad after a post-war holiday romance. She found dour kitchen-sink dramas jarred with her memories of all the love, laughter and community spirit that still made her homesick while the sentimental stories of cheery, gullible Cockneys seemed patronising.

In the early 1970s I found a fellow film fan outside of the family: my friend Patricia, who I met at secondary school and who shared with me the indignity of being among the last to be picked for any sporting teams. We bonded on a school coach trip and I was impressed when she told me how she would cut the film photos out of the Radio Times and stick them on cards to keep a record of what she’d seen. We lost touch for about 20 years but reconnected on Facebook where we now share recommendations from the Talking Pictures channel.

When it came to choosing a course for my university degree, I knew it had to involve English (my best school subject) but was also hoping for something film-related that didn’t entail actually making films. I was overjoyed to discover a brand new course at the University of Warwick. Film and Literature. What could be better? Place secured, I obtained an advance copy of the reading list and starting ordering copies of the books from the library. My delight soon turned to dismay as I began to read. This was my first encounter with academic film criticism. I read Photoplay, not Screen; I took advice from Barry Norman, not Colin MacCabe.

I tried to reassure myself that this tortured analysis was perhaps all meant as a spoof and began to tentatively enjoy what I was reading. But no. Once I took up my place on the course, I realised this was for real. I spent the next three years feeling slightly out of the loop. With a little practice I could trot out the expected jargon and concepts to write essays that met the required assessment criteria, but I never ‘felt’ it. Every day I was convinced my masquerade would be seen through.

Jump forward to 1986. I’m sitting in the lounge of my parents’ bungalow. I’d graduated three years earlier and was still living at what had been my childhood home. A Turnip Head’s Guide to the British Cinema is on the television, part of a Thames TV documentary series marking British Film Year. Someone from the British Film Institute (BFI) is talking on screen when director Alan Parker unexpectedly rises out of the pit of a splendid Art Deco ‘picture palace’ (the Carlton Cinema, Essex Road), playing a jaunty tune on its glorious organ, drowning out the dry words, obliterating the greyness with a burst of colour and light. I let out a whoop of glee.

Subsequently I’ve learnt Parker wasn’t quite the saviour of British cinema he might have hoped to be, and his depiction of the BFI was largely unfair. Nevertheless, I salute him for giving me the freedom to lose myself once again in a movie. Without a trace of guilt, I could blissfully switch off that irritating checklist I’d had in my head since starting at Warwick and ignore all thoughts of camera angles, framing devices, structuralism, semiotics, auteur theories, editing techniques, the iconographic significance of everyday household objects, and other mental encumbrances and get swept up by my personal emotional response again. I was free to laugh, cry, swoon, be enraged, be frightened and, at times, be thoroughly bored or irritated.

Although university was not the happiest time of my life, I did see some good films I might otherwise have missed and there were some interesting lectures. Forty years on, I wish I could tell my younger self to accept that what I was finding such a struggle was in a separate compartment to my everyday way of thinking, rather than being so hung-up on being consistently true to myself. However, I am still grateful for Alan Parker’s irreverence and the relief of feeling the final traces of those academic years fall away.

Audio Recording
Listen to an audio recording of Melanie Kelly reading her essay at the SoundCloud link below.

Melanie Kelly is the Research Director and Project Manager for Bristol Ideas.

Photo: Author photographed by staff member at House of Illustration.