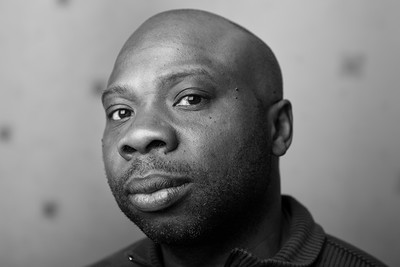 Cinema is my life’s companion. Who I am, how I am, what I believe has been a dialogue with cinema. Of all our journeys together, parenthood has been the most redolent.

I was a 20-something student when my then partner and I began parenting. Exhausted by teaching at a comprehensive, raising our two and my incessant talking, she rightfully claimed Saturday for pottering. My role, post-breakfast to early evening, was to entertain and adventure with the kids. We visited friends, played in parks, playrooms and the city farms. As much as all this was fun, our day would not feel complete without a pièce de résistance. Cost and/ or distance – I’m a non-driver – make some of Bristol’s family attractions biannual visits at best. Cinema was and remains, if you find the right deal, a cheapish family outing.

The Odeon cinema Broadmead was our favourite haunt. The No 90 bus at the bottom of our street stopped outside. It was also perfect for us if we were visiting friends in nearby St Pauls. Tickets were cheap and with only four screens and regular staff, the Odeon seemed familial.

Food rituals were a large part of our cinema visits. Such rituals were as important and sometimes more vivid than the films we saw. By the time we arrived at the cinema we were normally in need of a snack if not more. The Odeon either lacked the staff or could not be bothered to monitor whether the food being consumed in the aisles was purchased on site, at the nearby superstore, or pre-prepared. To assuage my guilt, we would purchase overpriced cookies, popcorn, or pick ‘n’ mix from the counter. Neurotically fearing favouritism, I would sit in the middle of my two, and while the ads rolled parcel out the food. Sandwiches consumed, I would then pass the snacks back and forth between us. The sharing was something of a dance with each of us adopting a strategy for ensuring we had our share. My daughter favoured the great scoop, my son the regular pick, me a conflicted nip. We ate in the first quarter of the film as food was ultimately distracting.

Cost-effectiveness and convenience were only the surface reasons for our cinema romance. Like many a parent, consciously or unconsciously, I salved the injuries of my own childhood through my children. I was one of eight siblings raised by working-class Caribbean parents. Money was scarce. Treats were in short supply. I have scant memories of visiting the cinema as a child – Jaws and Star Wars. For the most part we had to wait until the new releases eventually made their way to the small screen. Yet film was a reason for the family to gather, hush and gasp in collective wonder. With my children, I was both adult and infant, identifying with the tropes of orphan, awkward or outcast child protagonists on a journey of self-discovery in a world dominated by angelic and diabolical adults.

Cinema provided reconnection and discovery. I had not seen an animation feature film at the cinema since I was a child. Mr Magoo and Bugs Bunny were inescapably part of my repertoire of cultural references, but I had subliminally associated animation with the stout legs of the Black maid in Tom and Jerry. There was plenty of Snow White and nothing, I realised on reflection, for my Black inner child. Returning to the cinema with my children I was won over by 3D animation. Moreover, Pixar invested in storylines that recognised the sophistication of modern kids. Our children see us weep, argue, divorce, lie and generally mess up. The flawed humanity on screen reflected our own story. My then partner and I separated before our children became teenagers. There were times when film played out conversations that I did not know how to even start.

Layered narratives also kept me and the other mums and dads present awake. We were after all the paying customers.

For the most part my inner critic was on pause but occasionally thoughts would intrude. Does Will Smith’s voice roles in Shark Tale or Eddie Murphy’s in Shrek reinforce racial stereotypes? There is not word count enough to even consider my screaming disbelief at the anti-Semitic, anti-Black grotesques of The Phantom Menace. On balance the story arc – the little person coming good – trumped the racialised elements for which I could not find an easy language to explain to my then pre-teen offspring. You can imagine their eyes glazing over had I tried. I kept my disquiet to myself, conscious that we were still somewhat removed from finding Black representation that I could whole-heartedly endorse. There was little else available.

As a child I was a comic-book fan – Marvel over DC all day, every day. Thanks to CGI I was able to share my childhood passion with my daughter and son. CGI made superhero movies possible. Heroes appeared to fly against real skies compared to the strings, rigs and fake backdrops that I recalled in the Eighties. The children adored Spider-Man – for whom Tobey Maguire was a perfect choice. I couldn’t quite get past the notion of a flying spider in lycra, though much respected the Shakespearean elements the writers brought to the franchise. I had no such scepticism when it came to the X-Men. Read as intended by the original comic-book writers, X-Men dealt with US race relations with more nuance than many realist movies. We also had a kick-ass Black heroine, Storm, played by Oscar-winner Halle Berry. Of course, as teenage beckoned, the X-Men series also mirrored the outsiderness and identity crises that teenage-hood is air to.

We grew up with these franchises, they changed as we changed as we grew older. Choosing what we viewed increasingly became a shared decision. I was not always in pole position. I had to sacrifice my socialist-worker resentment of plummy posh kids, private schools, and castles for the higher goal of seeing my children ride the rollercoaster of the Harry Potter franchise. My daughter remembers sitting on my lap in terror in the closing scenes of the Chamber of Secrets. By the time we watched the final movie (part two of the Deathly Hallows), our roles were reversed. Like believing in Santa, we were all entertaining our inner children as the franchises that marked our lives came to the end of their generational cycle. In the final Wolverine spin-off trilogy, a cracked, ageing Logan and a dying Professor Xavier sacrifice their lives to protect a new generation of mutants. Rated 15 the writers recognised the children of the first X-Men movie were young adults, open to more complex themes and references – and the adults that had accompanied them 15 years previously had moved that much closer to their own twilight.

Being father to two bright and film-savvy teenagers, I could also drop the false omniscience of earlier years. My children were far better at spotting minor details that made sense later in the plot line. Feeling hideously confused by the end of Inception I turned to my daughter for clarification. For her it was of course crystal clear.

Our rituals changed as university grew near. Friends took priority, so we saw movies as and when we could. We could not always agree on film choices and besides my children sometimes required different conversations. Watching Juno at the cinema with my daughter was a rite of passage for us both. Likewise watching ‘71 with my son affirmed our shared interest in smart action, smart social realism. My daughter, the eldest, was the first to depart for university. My incredibly loyal son eschewed his social circle to spend time with his old man. His commitments increased and staying across town was no longer viable with early starts for rugby and/ or choir. Cinema gave us consistency, and a space to commune without words. It also gave us moments of divine comedy. I assumed that the need for silence in A Quiet Place would kick in as the plot unravelled which would then give us enough time to throw back the snacks. Wrong and thus ensued an agonising half hour of sucking crisps, whilst minimising the sound of the packet.

Parenthood does not end but as my children matured, we were able to share grown-up tastes. Sometimes as a three, sometimes separately, we would visit the Watershed to catch an arthouse film that we agreed upon. This could however backfire as when my son, by then a strapping 16, agreed to join me to see The Master. Two of our favourite actors – Joaquin Phoenix and Phillip Seymour Hoffman – were in the lead roles. It was a sure-fire bonding moment. It was certainly that as we both squirmed while on screen Freddie, the protagonist played by Joaquin, masturbated into a sand sculpture built by his fellow navvies. Viewing sex on screen is still something that most parents and children want to avoid.

My children now live in different cities at opposite ends of the country. We may still visit the cinema if they visit. Regardless, I have a clutch of memories, old ticket stubs, brochures and cookie crumbs.

Edson Burton is a poet, writer (for theatre, radio and screen), academic and compere. He has been a consultant and coordinator for a range of history projects in Bristol including a study of Bristol’s Old Market ward, Vice and Virtue (2014) and Black South West Network’s Race Through the Generations.