‘Thought Police’ and Freedom of Speech, by Nikesh Shukla 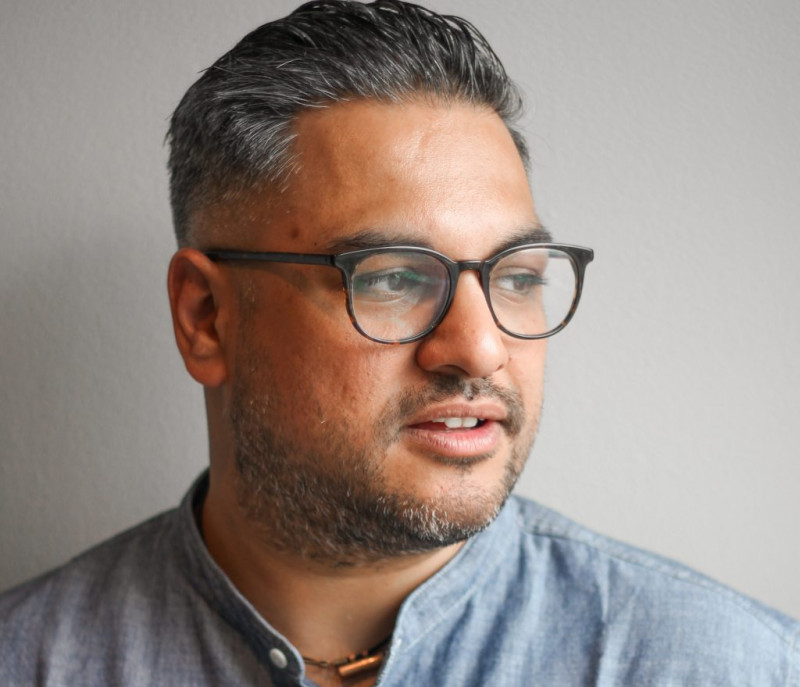 One of Orwell’s worst legacies is the bad faith application of the term ‘thought police’ today.

In Nineteen Eighty-Four, the Thought Police are the secret police of the superstate Oceania, who discover and punish thoughtcrime, personal and political thoughts unapproved by the Party. The Thinkpol use criminal psychology and omnipresent surveillance (telescreens, microphones, informers) to search for and find, monitor and arrest all citizens of Oceania who would commit thoughtcrime in challenge to the status quo authority of the Party and the regime of Big Brother. In the story, the Thinkpol conduct false-flag operations (eg The Brotherhood) to lure non-conformist members of the Party to expose themselves as politically subversive.

Today, people who wish to continue to have racist, misogynist, homophobic thoughts label their critics ‘the thought police’. It’s a particularly bad faith take on the idea of state censorship. Made by people who probably haven’t even read Nineteen Eighty-Four. Today’s Thought Police are made out to be people on the left who are ‘assaulting the idea of free speech’ by their pushback. Its application furthers us from the ideas that there are some concepts not up for debate or speech. Hate speech, for example. Racism is an illegitimate position because it operates from an assumption that some humans are less than others. To give it credence in the halls of debate and free speech is to entertain that it is a legitimate position and therefore potentially justifiable. To call it out is to call out illegitimate positions and hate speech. This is apposite to state censorship, as Orwell spoke about.

In season 2 episode 2 of Peep Show, Mark makes a new friend at work called Darryl. They have a shared interest in military history, hate their jobs and have similar passive aggressive reactions to small situations. It’s a match made in friendship heaven. As the episode progresses, Mark starts to notice things about Darryl that seem a little off-colour. It ends with Mark realising that Darryl, his new friend, his first new one since 1996, is a racist. It destroys Mark and he spends much of the second half of the episode awkwardly avoiding Darryl before realising, he has to confront him. He tells Darryl that while they have shared values about political correctness and whatnot, Mark abhors racism. He says that ‘Darryl, you can’t hate people because of their ethnic background…’

Mark realises that he is going to have to debate the racist and tells him he finds his opinions unacceptable. Dejected, Darryl looks down and says, fair enough, Mark has talked him round. Mark is ecstatic. Amazing! He has debated a racist and converted him! Brought him back round to the right side of history! Yessss!

This is how every single interaction around the idea of protecting free speech as an idea worth debating goes. You make your points and then if the person finds what they think indefensible, they attack the method. You are the thought police censoring their thoughts. This is hardly what Orwell intended.

Comedian Hasan Minhaj recently used an episode of his topical Netflix comedy show Patriot Act to criticise the crown prince of Saudi Arabia, Mohammad bin Salman (MBS). He talked about his role in the murder of journalist Jamal Khashoggi, corruption practises and arms deals happening in the country. It’s a hilarious episode that exposes the worst excesses of unchecked power in government. MBS threatened legal action against Netflix, who immediately removed the episode from streaming in Saudi Arabia. Hasan Minhaj has been censored by the state for criticising it. He has had personal and political thoughts that aren’t in the state’s best interests. And he has been penalised for it. Instead of comedians and writers who defend free speech as an absolute coming to his defence and standing up in solidarity with him, we had a wall of silence. Because the sad truth of Orwell’s thought police is it’s no longer about the state and how it stamps down on independent critical thinking. It’s become a by-word for people on the left wanting to criticise people on the right for thinking and saying hateful things without any self-reflection or awareness of how it might upset other people. We’re in a crisis now, one where we have to take a stand on what we want free speech to be. Do we want it to be absolute, meaning anyone can say anything to anyone no matter the consequences or effect it might have on others? Or do we want to interrogate what that actually means?

Once, I tweeted about a racist incident on a train that happened to me, and how shaken I was by how normalised it was. Someone tells me I am censoring the person who abused me. That it is their free speech right to racially abuse me in the street. That they’re entitled to their opinion, and implicitly, I am not allowed to my critique of that opinion, not allowed to call it null and void… illegitimate, because that would violate my aggressor’s right to free speech.

I’ve seen this before. How this then becomes about me being the thought police, policing people’s thoughts no matter how grotesque and ugly. It becomes a distancing obstacle, one that means we cannot get to the root of the problem: racism. How can we help this person not be a racist. The words are impenetrable if a bad faith misreading of the universal declaration of human rights and the enforcers of state censure in a fiction book are used to defend the person’s right to say whatever they want.

We are not heroes. We aren’t defending anything other than personal responsibility. In Nineteen Eighty-Four, Orwell writes: ‘The most gifted of [the Proletariat], who might possibly become a nuclei of discontent, are simply marked down by the Thought Police and eliminated.’ Who holds discontent and who holds power is an interesting one in these times? Because both the right and the left feel like they are the powerless ones kicking upwards. You only have to look at who has the grip on the country and who has control of what we see on our screens and in our pages, and who is asking for shelf space and screen time to know who holds power, who has the upper hand to kick upwards.

It’s fitting that as I try to muddle my way to an end in an essay about messy internet usage that Sky Arts releases a list of the 20 books we all lie about reading. Sure enough, in the top five, is George Orwell’s Nineteen Eighty-Four. Maybe, just maybe, if we read it, we’d think more about just who the Thought Police might be going after. Because it isn’t you, because I called out your terrible opinions and the fact that you thought them. And it isn’t me because I’m calling out the realities of not interrogating what free speech is.

Maybe we should just read it.

THIS ARTICLE WAS FIRST PUBLISHED IN 2019 AS PART OF OUR PROJECT MARKING THE 70TH ANNIVERSARY OF THE PUBLICATION OF GEORGE ORWELL’S NOVEL NINETEEN EIGHTY-FOUR. AUTHOR PHOTO: Alisa Fineron.