‘This Must Be the Place’ Malaika Kegode 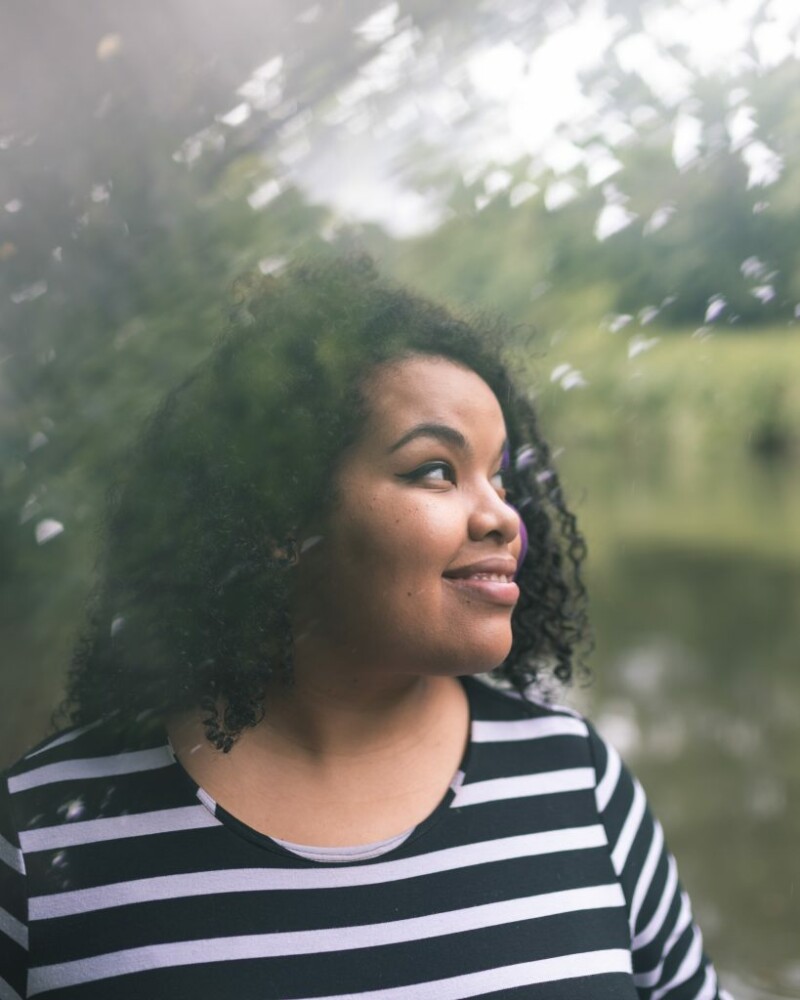 As passionate as I am about the survival of the cinema, with thriving box offices and packed-out audiences, there’s nothing quite as exquisitely blissful as an empty screen.

That giddying thrill as you turn the corner, scan the seats and realise no one else has booked. Of course, you then need to sit through the trailers with bated breath, and it’s not really until around ten minutes into the film you can fully relax. It’s a luxury experience, like being in an episode of MTV Cribs. You can even take your shoes off if you’re so inclined.

Part of this delight is being free from the buzzy, indignant anxiety I feel when people make noise in the cinema. For a while, I worked as an usher at Watershed cinema. It was a dream job; my colleagues were unfailingly lovely and I got to watch multiple films a day. Sometimes it would be the same film multiple times a day for three consecutive weeks but, hey, it was character-building. It was a great feeling to have the authority to ask people not to wave their phones around, or to stop eating the garlic-sauce-drenched kebabs they’d smuggled in under their coats. These days I lack that authority, so I just sit with a frothy frustration in my chest as people take phone calls and throw nachos around with reckless abandon. Only once have I told people off for bad cinema etiquette in my civilian life, at a local multiplex. It didn’t go well. In fact, it resulted in a standoff between me and the man who’d been taking multiple phone calls from people looking to purchase herbal refreshment. The confrontation ended in me huffily grumbling, ‘Well. . . I’m going to go. . . and tell!’, like an affronted ten-year-old in a playground. When the long-suffering cinema usher came to mediate, he asked if I had really called this low-rent Howard Marks ‘a twat’, as he’d claimed. I assumed my best doe-eyed expression and lied wholeheartedly that I hadn’t. Eventually, he was let back in, and we watched the remainder of the film in resentful silence. His parting shot was a middle finger in my direction as he and his girlfriend scuttled out during the credits.

Evidently, for me, an empty screen is usually a happy screen. But I don’t want to fall into the tempting trap of lamenting bad cinema etiquette. Too quickly that discussion can turn to a kind of misanthropy that I’m not interested in indulging. In truth, the annoyance we experience during these interactions stems from a disconnect. Cinema should feel like a universal connection, all bodies engaged in feeling something together. There’s something incredibly intoxicating about being part of a group – your reaction being strengthened by those around you. Your emotions validated by a shared engagement. When someone is talking at full volume to their friend about their evening plans, that spell is broken. When we go to the cinema, life outside those walls should be suspended for a couple of hours as we fall into the worlds presented to us on screen.

My favourite cinema experience, where I felt that headiness of communal connection most intensely, took place on 9 June 2017. A few weeks previously, my partner had booked us tickets to see Stop Making Sense, Jonathan Demme’s electrifying 1984 concert film that captures Talking Heads in their prime. It had been one of those pale, transitionary spring days, with yellow skies and an undercurrent of that sweaty heat that makes you floppy and inert. We almost didn’t go, almost gave in to the dehydration and laziness. But we pulled ourselves together and sauntered down to the Cube, Bristol’s bijou, volunteer-run microplex, nestled in its neon glory just off Dove Street. The Cube is a beautiful cinema. The minute you step through the gates you automatically feel about 40 percent cooler. From the tiny, leafy smoking area to the endearingly shabby bar and the nostalgia-tinged cinema with its red velvet seats, the Cube makes you feel as though you’re living in your very own indie movie fantasy. The screening was sold out, and the Cube at full capacity has something of a house-party vibe. The place smelled of IPA and bodies that had been in the sun all day – fresh sweat and ozone. We bought our ales and settled into our seats, feeling very Bristol.

Stop Making Sense opens with the growing sound of an audience filling up Hollywood’s Pantages Theatre – disembodied voices chattering and whistling – their excitement is palpable as the volume grows. The sudden, buoyant woops as David Byrne takes the stage – we see only his legs at first, in baggy grey trousers – had a quietening impact on our audience in the Cube. The film was about to begin, so we assumed the cinema etiquette we were used to as Byrne’s distinctive tenor opened the show: ‘Hi. I got a tape I wanna play. . .’.

David Byrne is absolutely captivating in Stop Making Sense. His wide eyes rove across the audience as though he hasn’t seen human beings before, his cheekbones are razors and his long, thin body draped in a loose-fitting grey suit is a striking presence on a wide, empty stage. Accompanied only by a guitar and a boombox, he breaks into a bold rendition of ‘Psycho Killer’. When the drum machine that supports the song begins glitching, the rattle resembling the sounds of gunfire, Byrne stumbles about the stage. Journalist Stephanie Zacharek likens his movements to those of Jean-Paul Belmondo’s final moments in Breathless (1960) – ‘a hero succumbing, surprised, to violence that he’d thought he was prepared for’. With each glitch, Byrne shifts his focus from audience to camera and back, while behind him, stagehands begin assembling the set. If you were in any doubt that this film would be cinematic, this is the moment we realise this is much more than just a recorded gig. As the stage is built, the rest of the band trickle in song by song: Tina Weymouth providing her steady, searing basslines, the eternally smiling Chris Frantz on drums and slinky Jerry Harrison on guitar. Finally, the exuberant presence of Lynn Mabry and Ednah Holt, Bernie Worrell, Steve Scales, and Alex Weir complete the line-up. Each person brings on stage a story, a character, and Demme frames them as a ragtag band of misfits, welcoming us to join them. And who wouldn’t want to?!

At first, nobody at the screening quite knew how to react. Everyone was on their own wavelength, some singing along, clapping quietly after each number, others sat in reverential cinema silence. But something began to shift. You could practically hear the rush of adrenaline as our bodies fell in pace with the film and each other. I believe the turning point came during the thumping, apocalyptic ‘Life During Wartime’ – one of the most iconic moments of the film. Everybody on stage (who is able to) jogs in place, their movements are perfectly synchronised and energy punches through the screen. We feel the sweat, our knees bounce with them. Eventually, Byrne – in a burst of untethered energy – begins galloping laps of the stage. The camera follows him, seemingly caught up in the same frenzy as everybody else. This number is characterised by the band’s movement, in particular Byrne’s gorgeously weird, jerky flamboyance. In a 1983 interview with Rolling Stone, when asked about his dancing on stage, Byrne said, ‘I felt like I couldn’t help but move. . . When the band was really cooking, it tended to make one transcend oneself’. This transcendence shone through the screen that night at the Cube in Bristol, and from that number, the mood shifted into something uniquely communal and galvanising. With each passing song, more people sang along, drinks were bought for strangers and we stomped approval on the wooden floorboards. We cheered and laughed together into the night, shrieking in approval as Demme enraptured us with the explosively transgressive power of the Talking Heads.

Writing this, I’m reminded of the stories of teenagers dancing in the cinema aisles to Bill Haley and the Comets’ ‘Rock Around the Clock’ at screenings of Blackboard Jungle in 1955 – frightening their pearl-clutching parents. Cinema has an amazing capacity to energise and captivate. To rise above the humdrum and transcend normality. When the kismet of a great film and a receptive audience come together, we feel every second of it. In those screens, when we’re all engaged,everything we know and believe can be set alight and challenged. I love an empty, silent cinema screen, but that night I welcomed all the noise and revelled in the company.

My favourite moment in Stop Making Sense is ‘This Must Be the Place (Naive Melody)’. It’s a love song, and a moment of tenderness in the high-octane show. The band members are stood close together, and the stage is lit by a single standing lamp. There’s something unbearably touching to me about Byrne’s big voice being contained by the quiet honesty of this song. Byrne begins to dance with the light, and the camera moves with them. It’s playful, lilting and strange. My chest filled up during this number. I cried and felt totally at home in this cinema full of people. At that moment, I was exactly where I wanted to be.

Malaika Kegode is a poet, performer and producer based in Bristol. She has performed across the UK at a number of celebrated venues and festivals including WOMAD, Boomtown and Edinburgh Book Festival. Her poetry collections Requite and Thalassic are published by Burning Eye Books.

Audio Recording
Listen to an audio recording of Malaika Kegode reading her essay at the SoundCloud link below.

THIS ESSAY WILL BE INCLUDED IN OUR FILM2021 BOOK WHICH WE WILL BE PUBLISHING IN OCTOBER. THE BOOK IS FUNDED BY THE NATIONAL LOTTERY HERITAGE FUND. THE AUTHOR RETAINS COPYRIGHT AND TEXT CAN NOT BE USED BY OTHERS WITHOUT HER PRIOR PERMISSION.