The Wicked Girls of Red Lodge 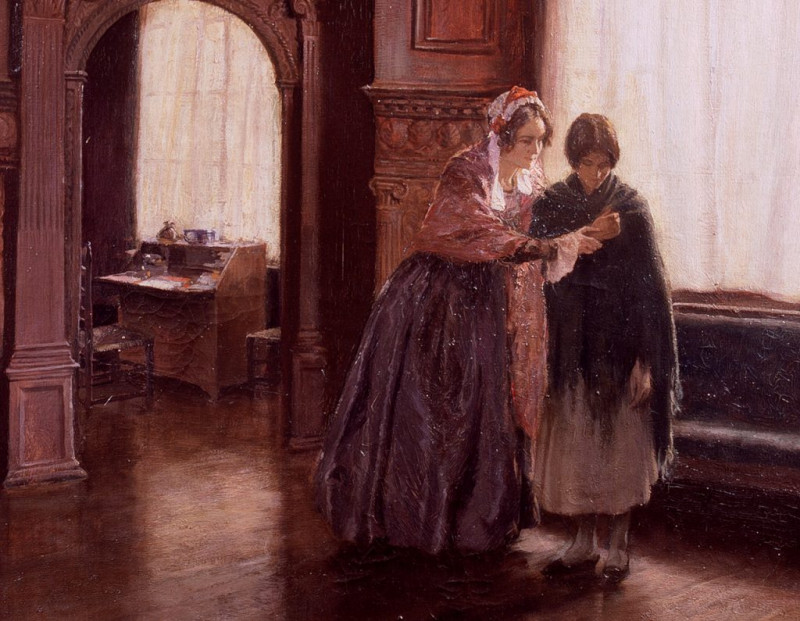 Emma Williams reflects on her Poetic City residency at the Red Lodge Museum in Bristol.

‘I have noticed that the London girls exhibit deep wickedness. The Manchester girls are particularly daring & thoroughly acquainted with vice. The Welsh girls are low, coarse, vulgar and profoundly ignorant.’

The first image I have in my mind’s eye when I think about poor children of the Victorian era, is of a young girl with a smudge of dirt on her cheek, she talks in an East End accent, and coughs a bit, because she suffers from consumption. She sells heather, or matchsticks, or lumps of coal. She is innocent and extremely grateful for whatever she is given. Soon she disappears off into the foggy cobbled street. I hear sad violin music, it’s not going to end well. I have indeed watched a lot of TV adaptations of Dickens. But what if the girl was a big loud angry teenager from Manchester? Or a 24-hour-a-day compulsive thief that stole food from an oven and washing from the line? And what happens to your personality if you’ve been told you’re evil and it’s contagious and you must be kept apart in case you contaminate others?

I spent part of September 2020 working at The Red Lodge Museum. In the 1800s it had been transformed into a reformatory school for girls. There is a room in the museum dedicated to this period. It has photographs, letters and a famous painting of a young girl being comforted in the Oak Room. Thanks to a commission I received from A Poetic City I was able to, with support from museum curators, and Bristol Archives, embark on my own investigation of the school. I wanted to find out about the girls, what they ate, where they slept, how they felt about the school. Did they have the same uncontrollable energy I had when I was a teenager? I wanted to disrupt my Dickens version and replace it with something a bit more unexpected, a bit more wild, brave and badly behaved.

Invaluable to my research was Mary Carpenter’s two Journals, transcribed by Mark Small. She set up the school, and was its superintendent. They cover the first six volatile years. I also spent a week inside the museum, and the building’s history seemed to take shape around me as I climbed the stairs up to the first floor where the girls dorms had been and climbed down to where the cells still remain. I found marks in the woodwork and strange sculptured faces in the fireplace. I also read historical pamphlets, a biography of Mary Carpenter, and carefully perused spreadsheets that captured the true cruelty and sadness of the Victorian penal system for children.

I made a timeline. I love a good timeline. Mine was odd and full of strange pictures. It marked moments in the school that pulled me in. For example, when the girls used their new found understanding of longitude and latitude to discover an island on a map; but it also included the endless and repeated punishments the girls
suffered. As I put all the research together, it was clear that some facts were nicely interpreted to support benevolent myths around Mary Carpenter, but the voices of her pupils had remained silent. Take the incident of the baby rabbits for an example.

In Jo Manton’s book, Mary Carpenter and the Children of the Streets, Manton describes how Mary Carpenter took in children that had been abandoned; which was true. She also writes about how kind Mary was; even buying baby rabbits for the girls of Red Lodge to play with. On further investigation, I found out that the girls could only have a rabbit if they had money to buy one. One girl, named A Small ( her Christian name has never been reported) had been naughty. It’s not clear what her minor misdemeanour entailed – a possible stealing of a bit of bread, or entering the classroom inappropriately. Punishments for minor offences included isolation, and being fed only bread and water. But A Small was also denied a before-bed-time hug in the dorm, and wept all night long. Inevitably, she was not given a rabbit. A Small threatened to kill all the rabbits. The following week Mary Carpenter returned, after being away, and five of them were dead. The staff believed they may have been overfed. I wrote a poem for A Small.

I didn’t kill the rabbits
They loved us all you see
I knew it didn’t matter
That there wasn’t one for me.

I wrote other poems, and speeches for the Red Lodge girls, and compiled them into the podcast The Wicked girls of Red Lodge. They are based on factual accounts, but they are a fiction. Finding the Red lodge girls’ actual mark on history because of their age, gender, social class, and their poverty, is almost impossible. What I discovered moved me acutely, and shattered my image of the bland Dickensian girl drifting off into the fog.

Listen to Podcast by Emma Williams