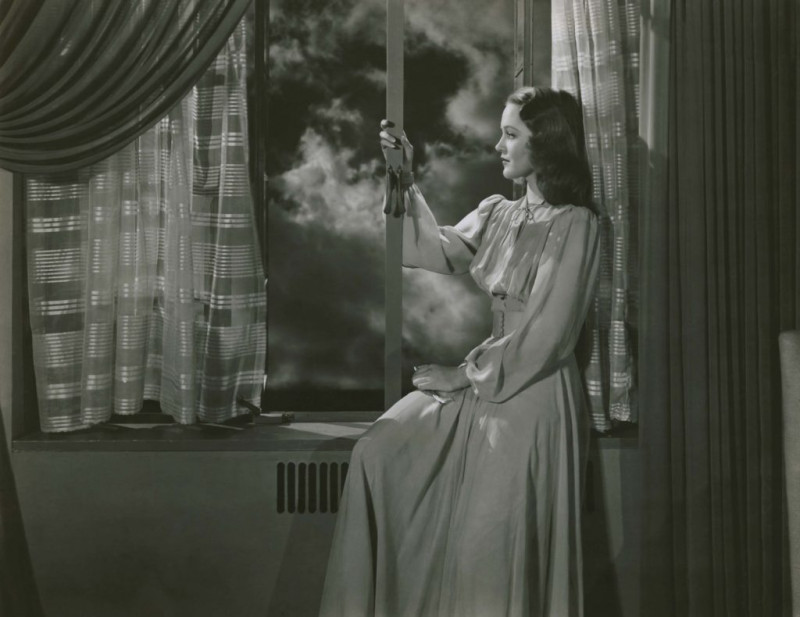 The 2019 Festival of the Future City film programme included a short season of film noirs, which opened with a screening of The Naked City at Cube Microplex on 20 October.

Film noir can be difficult to define as it is not a distinct genre. Most noirs are crime stories, but they also include gothic romances, melodramas and gritty films addressing social problems. The majority were originally made as B movies – nearly 40 percent by independent producers – that only retrospectively gained critical acclaim and the recognition of artistic merit – notably by the French critics who first applied the term.

Film noir relates to films which exhibit a certain type of visual style that has hints of German Expressionism. The mood is generally pessimistic. The morality is ambiguous. Characters and narratives are untrustworthy. The protagonists are often disorientated and frequently suffer from some kind of mental trauma. The classic noir period generally covers such films made from the early 1940s to the late 1950s.

The Naked City (1948) has fewer of the noir touches than others in our season – having more of a cinema-verite, documentary feel – but its director, Jules Dassin, would go on to make the noir classics Thieves Highway (1949) and Night and the City (1950). Dassin started out as a Yiddish character actor in New York theatre but – recognising his limitations – turned to writing and directing instead. He went to Hollywood in 1940, working as an apprentice to Alfred Hitchcock and Garson Kanin. Dassin had been a member of the Communist Party in the thirties but resigned in 1939, disillusioned by the Nazi-Soviet pact. In 1951 he was named in testimony to the House UnAmerican Activities Committee by Edward Dymtryk (director of two great noirs, Murder My Sweet and Crossfire) and Frank Tuttle. He was subpoenaed in 1952 and eventually blacklisted after refusing to testify. He moved to France in 1953 and in 1955 his low-budget Paris-set heist movie Rififi won the Best Director Award at Cannes.

The Naked City’s producer Mark Hellinger had been a syndicated ‘Broadway’ columnist featured in 174 newspapers across the country; the writer of sketches for the Ziegfield Follies; a theatre critic; and the author of two collections of short stories. In 1937 he was hired as a writer-producer by Jack Warner. While at Warners he provided the story for The Roaring Twenties (1939) and was associate producer on the noirish They Drive by Night (1940) and High Sierra (1941). By the mid-1940s he had set himself up as an independent producer at Universal-International Pictures, where, prior to The Naked City, he was responsible for Robert Siodmak’s The Killers (1946) and Brute Force (1947), which was also directed by Dassin. Critic Bosley Crowther in his review of The Naked City wrote:

‘Mark Hellinger’s personal romance with the City of New York was one of the most ecstatic love affairs of the modern day [,,,] Before he became a film producer and was still just a newspaper scribe, Mr. Hellinger went for Manhattan in a blissfully uninhibited way — for its sights and sounds and restless movements, its bizarre people and its equally bizarre smells.’

It was Hellinger who provided the film’s narration, delivering the famous line: ‘There are eight million stories in the Naked City; this has been one of them.’

The voice-over is reminiscent of a newsreel and the police procedural plot – based on a story by Malvin Wald who was also the co-screenwriter – is delivered without the irony or edge usually associated with noir.

The film was shot almost entirely on location in New York City – often using hidden cameras concealed in vans and fake newsstands. It provides a wonderful glimpse of everyday life on the city’s streets, with ordinary people going about their business, apparently unaware of being filmed. Among the sights are the US Post Office on 8th Avenue; the State Office Building; the elevated subway lines of 3rd Avenue; the Lexington and East 103rd Street subway station; Madison Avenue; the 10th Police Precinct; and Times Square. The stunning climax takes place at the Williamsburg bridge. (see the website On the Set of New York for more examples.)

The street photographer, Arthur Fellig – better known as Weegee – was noted for his New York City nightscapes of hoodlums, gangsters, down-and-outs, slumming society women, and the victims of violence and crime. His ability to be among the first on the scene of an incident can be attributed to the fact that in 1938 he became the only New York freelance newspaper photographer with a permit to have a portable police-band shortwave radio. His book of selected photographs – called Naked City – was published in 1945. Hellinger bought the rights to the title, hiring Weegee as a visual consultant on the subsequent film. A young Stanley Kubrick was also sometimes on the set, taking photos for coverage in Look magazine.

Hellinger died of a heart attack on 21 December 1947 after reviewing the final cut of the film at his home. He was only 44. It’s said that Universal was perplexed by the finished work, unsure of how to market it. It was only at the insistence of Hellinger’s widow – drawing attention to the clause in the contract with Hellinger Productions that guaranteed the film’s release – that the film was distributed. Confounding studio expectations, it was a box-office success and won Academy Awards for Best Black-and-White Cinematography (William H Daniels) and Best Editing (Paul Weatherwax).

The Naked City later produced a spin-off US TV series – credited as being the first network series to be filmed entirely in New York City – which ran for four seasons between 1958 and 1963.

Promotional still from The Naked City provided by Park Circus/ Master Licensing AND USED WITH THEIR PERMISSION in the promotion of city films programme.