The Film Screening That Changed My Life Rosie Rowan Taylor 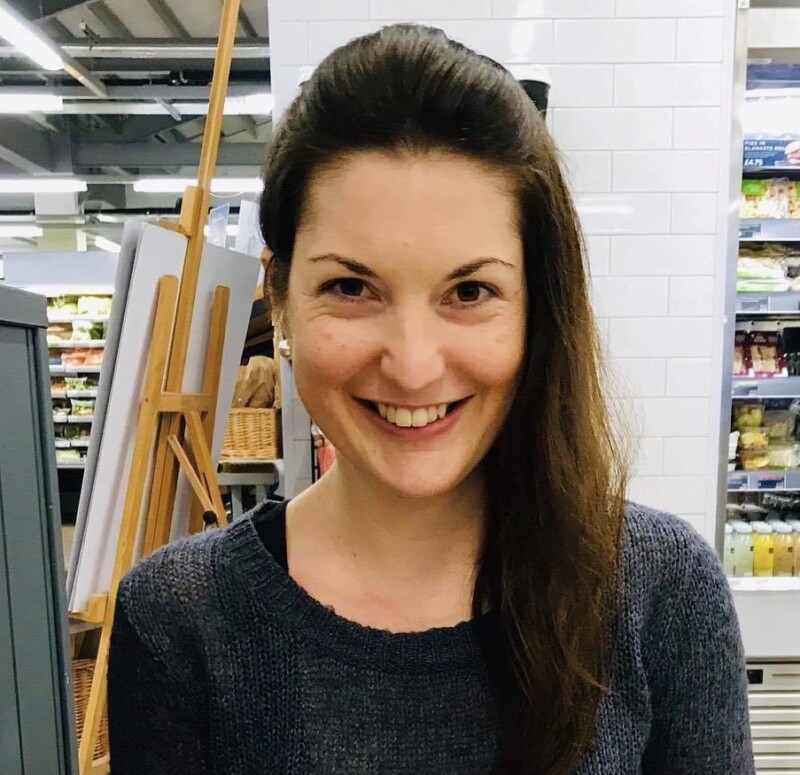 I became a cineaste at the age of 30. Whilst film has always played an important part in my life for as long as I can remember, I never obsessively watched films from the age of two, or anything to that effect.

Instead, films played a big part in fuelling my childhood imagination and games. I’d re-enact scenes from films either by myself or with my friends, as if they were real life, and adding my own twists and ideas. I went on to study Costume for the Stage and Screen, and European Cinema, but found my calling when a single screening changed my life and took me on a path that I had never even dreamed of at the time. And to this day it is my personal testament to the power and importance of film and cinema.

I moved to Bristol in 2010. I had friends there and I wanted a creative job (for several years I had been working on and off for the NHS as an administrator in between studying and travelling). What kind of creative job I wanted I did not know. So, I moved in with some friends and got a job working for Ofsted for a time as an administrator again. I then put myself out there in my spare time. I contacted every creative and/or film-related organisation in Bristol I could find, asking about jobs or volunteering. I volunteered for the Cube Microplex for a time, and helped out stewarding for Encounters Short Film Festival, on their community out-reach screenings. But the two film festivals that became the driving force in my direction, and my financial bread and butter for a time once I left Ofsted, were Afrika Eye Film Festival and Slapstick Festival. And it was Slapstick Festival that provided the turning point. The ‘Ah ha’ moment, if you will.

I signed up to volunteer for Slapstick Festival 2012. The first volunteering shift they gave me was selling t-shirts at the Friday night gala event at Bristol Beacon (then known as Colston Hall), a music venue of over 2,000 seats. Excited as I was to get the volunteering opportunity, when it came to the crunch on the day, I reluctantly dragged myself down to the venue straight from my day job at Ofsted, probably wishing I was going to the pub instead, telling my boyfriend at the time that I would do my volunteering shift from 5pm to 8pm, then I would meet him.

I don’t now remember much about the shift, other than everyone was very nice, and they all knew a lot more about film than me. They informed me that the main feature film of the gala that night was Buster Keaton’s The General (1926). Having studied film, I had heard of Buster Keaton, and had probably heard of The General. But the only silent films I had seen at that point (which had all been whilst studying) were Metropolis, The Cabinet of Dr Caligari and The Birth of a Nation. The first two I viewed on very ropey VHS owned by my university, and the third on LoveFilm (remember them?) in the very early days of online video-streaming (a very small viewing window with a very pixelated image). I had never seen a silent film on the big screen, nor with a live orchestral accompaniment, and I don’t think I even knew it was possible in this day and age.

Well, I was offered a free volunteer ticket to the gala. In the moment I was actually more interested in meeting my boyfriend and going to the pub. However, wanting to make a good impression, in the hope it might lead to something (which in the end it did), I reluctantly accepted the ticket, and attended the screening. And how glad I am that I did.

The experience was mind-blowing. Here I was, sat with nearly 2,000 other people, watching a film made 84 years previously, that was still making us laugh all this time later. The image quality was so good the film looked like it could have been made yesterday. The score was so seamless I think if it hadn’t been such a novelty to see an orchestra accompanying a film, I probably would have forgotten they were there. And to be laughing along with a large audience (the essential part of the cinema experience) just topped it off. All sense of time between Buster Keaton then and all of us watching this film now, disappeared. I was completely absorbed, along with the rest of the audience, all crying with laughter and empathising with the ups and downs of Buster’s journey. For the first time in my life, I felt a strong connection to history. It was no longer something that happened in a different time and place, to people who were primitive and different to me, and to the world today. I realised that people then had similar fears, hopes, desires, dreams, and above all, senses of humour. It was a window onto the past I had never looked through before. I walked out of that event with a completely different view of what cinema was and could be. It was the beginning of my realisation of the power and importance of film to connect us to our past, teach us about the world, and ultimately entertain us when we need to escape real life for an hour or so.

Of course, while Buster Keaton is the central genius of this moment in my life, I came to learn that there is much more to what made this event have such an effect on me. The combination of seeing The General on the big screen, in such good visual condition, with a superb live score by the Silent Screen Virtuosi, and of course excellent projection provided by a brilliant projection team (as I would discover when I came to work with them in the coming years), brought this film to life like it had been made yesterday. Prior to this experience, my perception was that ‘old films’ were primitive, blurry, scratched, had silly music, and were generally very fast and ridiculous. But watching The General turned this perception on its head.

As I continued to volunteer for Slapstick and attend silent film screenings by Bristol Silents (the parent company of Slapstick), I met people who were passionate about silent film and film history, and I began to learn that ‘old films’ were not originally blurry, scratched, fast moving, with silly music, and that many still weren’t. I learned that when these films were like this, it was because that was the condition in which they survived. They had been scratched and damaged over the years, copied so many times that the images became blurrier and blurrier each time a copy of a copy was made. They were often projected at the wrong speed making them faster than they actually were supposed to be, and quite often any old piece of music was recorded or played alongside them. It was this, I realised, that often alienated people from wanting to watch silent and/or old films, thus detaching people from history in all its splendour and importance. This, until now, is what had alienated me. I began to wonder, if my experience of watching The General could change my perception of the history of cinema so profoundly, could it do the same for others? And what else could I do to excite people about the history of cinema?

My new-found passion led me to eventually leave my job at Ofsted and work for film festivals full-time. Slapstick Festival became my place of work for several years, where I continued to develop my passion for film history and getting silent films to new audiences. I went on to train as a film and media archivist, and I now work at the British Film Institute National Archive, as well as working for South West Silents and Cinema Rediscovered in my spare time.

I was, and still am, convinced that if The General could have such a profound effect on me in the way that it did, then silent film and old films in general could have a similar effect on other people too. I am as passionate as ever about the power and importance of film to connect us to our past, teach us about the world, and of course entertain us. I continue to advocate for film and media history both inside and outside of my work at the archive to help keep film history (and history generally) alive for future generations.

I can only wonder what different fate would have awaited me had I decided to go to the pub that night after my volunteer shift, and not accept that free ticket to the Slapstick Festival 2012 Gala.

Rosie Rowan Taylor is a film and media archivist and historian. She is Curatorial Specialist at the British Film Institute National Archive, Co-Director and Co-Curator at South West Silents, and a Co-Curator at Cinema Rediscovered.