The Eye of the Camera James Harrison 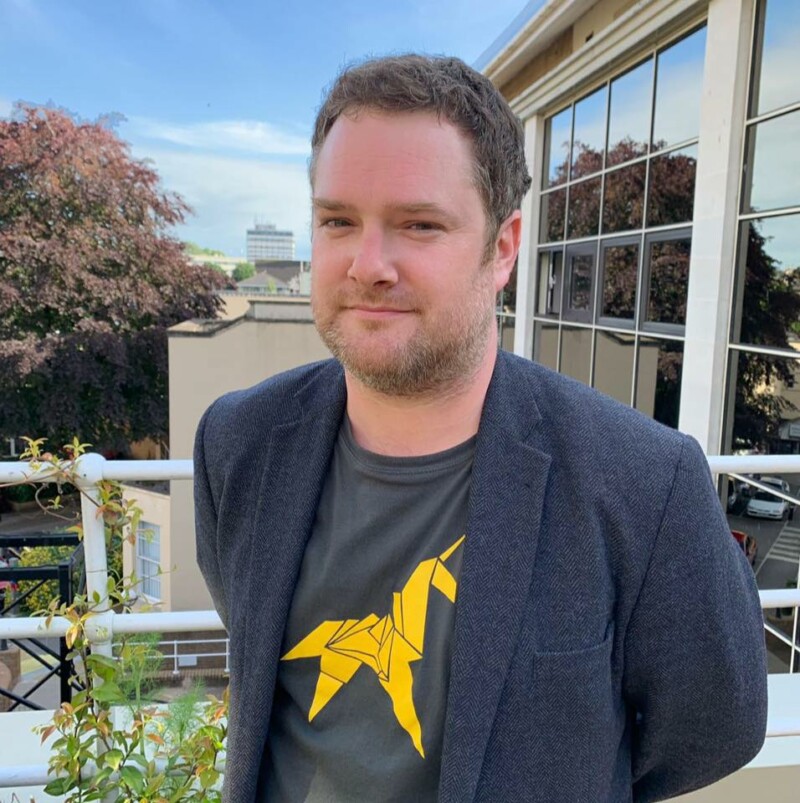 William Friese-Greene did not invent cinema. Like many past and future technical developments, cinema/film (call it what you will) is a technological art form which was developed over the course of years by many different names.

In those first pioneering years the likes of Louis Le Prince, Thomas Edison, William Dickson, Léon Bouly, Max and Emil Skladanowsky, Eugène Augustin Lauste, Woodville Latham, Auguste and Louis Lumière, Robert Paul, Birt Acres, Charles Urban, George Albert Smith and William Friese-Greene and his son, Claude, all made their mark in advancing either the technological or theatrical essence of what we now know as cinema. But why were they doing all of this? Were they there to tell us a story? Maybe. Were they there thinking they would make money? More than likely. Were they there to see what they could do next with this new technology? Definitely.

Some consider the names listed above as the first film businessmen, others class them as the first film directors. I find them to be the first pioneering cinematographers. Cinema is a language of images and I have always been fascinated by this. For me, it’s all about the image. Probably the reason I co-run an organisation like South West Silents, I guess.

Directors may have the imagination to know what they want to go on the screen, but it is the cinematographer who has the technical knowledge to get it into the camera for the director. Without that, we don’t have anything.

A case in point here is the collaboration between Orson Welles and Gregg Toland on Citizen Kane (1941). Welles knew what he wanted; he even knew how to light the shots. But he still needed someone like Toland to guide him through the technical aspects of film. Toland was a genius. I’m always shocked that everyone just namechecks his work with Welles on Kane and not the other films he made with the likes of King Vidor [Street Scene 1931, The Wedding Night 1935), William Wyler (Dead End 1937, Wuthering Heights 1939, The Best Years of Our Lives 1946) and John Ford (The Grapes of Wrath 1940, The Long Voyage Home 1940). All of these films showcase Toland’s style of giving depth on the film’s set via the use of shadow, light and space. But with Kane, Welles pushed Toland to the next level with the use of deep focus adding to his past style. One of the reasons I love a cinematographer is because, if anything, they have to be a team player; even if, at times, the director might not want to be one.

Twenty years before, cinematographer John Arnold (The Big Parade 1925, Show People 1928, The Wind 1928) was composing very contrasting images with a simple amount of artificial and natural light. Whether it was the silhouette of soldiers marching through a forest or an endless desert with blinding sand being thrown into the air, Arnold was making his mark.

But what I love about Arnold is that he was also following in the footsteps of William Friese-Greene. Arnold would infuriate his bosses at MGM by playing around with every aspect of the camera and lighting equipment on the studio’s backlot. During his time Arnold would develop his moving ‘rotambulator’ camera system, a new piece of lighting equipment dubbed ‘Arnold lights’ which replaced the infamous burning arc lamps that would not only blind but also burn the studio’s stars. And with the arrival of sound, Arnold devised his very own camera sound blimp to muffle out the noise of the camera’s motor when recording audio for the new ‘Talkies’. What an inventor!

Arnold’s fellow MGM cinematographer William Daniels (Foolish Wives 1922, Greed 1924, The Merry Widow 1925) is another of my favourite silent film cinematographers. Daniels had just completed Fred Niblo’s The Temptress (1926) and had realised that the film’s star, Greta Garbo, had made him her personal cameraman. Hardly anyone else was allowed to film Garbo apart from him. Think of that?! You were nearly the only person allowed to film one particular star. Even more so when you begin to realise that Daniels had the power to overrule the director’s decision when it came to filming Garbo as well. But as star Colleen Moore once told historian and film-maker Kevin Brownlow: ‘The most important people on the set were the director and the cameraman. And especially the cameraman!’ Of course, Moore is saying this from the perception of a star, but it does show how much respect cinematographers had during the studio system.

So, what did Daniels bring to the table unlike his contemporaries? In many ways the total opposite to what Arnold’s style was at the time. Daniels used very soft low lighting throughout and with the help of much smaller lights he was able to use direct light and shadow far more effectively whether a scene was set in an alleyway or in a grand ball room. He made Garbo look like a goddess wherever she stood. Daniels’ work on Garbo’s second film at MGM, Clarence Brown’s Flesh and the Devil (1926), is a classic example of this style and is very much the blueprint for all of Garbo’s future classics such as A Woman of Affairs (1928), Anna Christie (1930), Anna Karenina (1935) and Ninotchka (1939). It is Daniels’ work with Garbo that made me fall in love with silent film.

However, I began to realise it wasn’t just Daniels who invented this style. The look of German Expressionism had begun to seep into Hollywood before The Temptress and with the import of directors as influential as Paul Leni (Waxworks 1924) and F W Murnau (Nosferatu 1922, The Last Laugh 1924) to Hollywood (Garbo being part of the same import from Europe) then it was only a matter of time before the look of German cinema appeared in American films. So much, in fact, that I still think German Expressionism really did make an impact on the work of Toland and thus on Welles when it came to Kane.

But another love of mine, film noir, also has its own ancestry with German Expressionism. Nicholas Musuraca (Cat People 1942, The Seventh Victim 1943, Out of the Past 1947, Born to Be Bad 1950), John Alton (T-Men 1947, Hollow Triumph 1948, The Black Book 1949), James Wong Howe (Hangmen Also Die! 1943, Body and Soul 1947, Sweet Smell of Success 1957), all were challenged on what they did, all of them pushed the possibilities of clashing different styles of cinematography and yet they were successful. Some of the films might not be very good, story-wise anyway, but I LOVE them because of the way they look.

The same challenges appeared when it came to colour, even more so when it involved a company like Technicolor. Technicolor had its own rules and, for many, too many rules. Cinematographers Jack Cardiff and Douglas Slocombe fought their corner for what they wanted to do with the use of colour. Dougie (probably better-known for his superb black-and-white cinematography at the time) came to heads with them while making Ealing Studios’ first ever Technicolor film Saraband for Dead Lovers (1948). To dodge their continued complaints of his lighting, Dougie would simply disappear from the set if any member of the Technicolor team appeared. For Jack (who I was lucky enough to meet on a number of occasions; one time in Bristol) it was during the filming of three films: A Matter of Life and Death (1946), Black Narcissus (1947) and The Red Shoes (1948). Jack told me he would always try and keep the over-powering Technicolor team either off the set or away from his camera team. Both of these two great British cinematographers were trying to push the way colour could be used in cinema. Instead of just flat imagery, both of them wanted to enhance the depth of the contrast and tone by using colour; almost lighting their colour films in the way they would light black-and-white ones. They defied the industry and when watching their films today you realise that they won. The development of the camera, film and cinema could continue.

It is this kind of attitude that make them stand out for me. Cinematographers are always pushing the boundaries, making them, for me anyway, the masters of cinema.

It is through their eyes and the eyes of the camera that we see this great art form. Cinematographers are my heroes and if William Friese-Greene wasn’t the inventor of cinema, then we can make sure he is classed as one of the first great pioneering cinematographers. And every time I watch a film, I know that the likes of William Friese-Greene are still very much with us.

James Harrison is a film graduate from UWE Bristol. He works at BBC Studios Bristol where he has been involved in numerous film and archive-related documentaries over the years. He is co-curator at Bristol’s Cinema Rediscovered Film Festival and co-founder of South West Silents and the newly launched Film Noir UK organisations.