The Egret and the Estuary a Fubble, ahead of COP 26, by Caleb Parkin 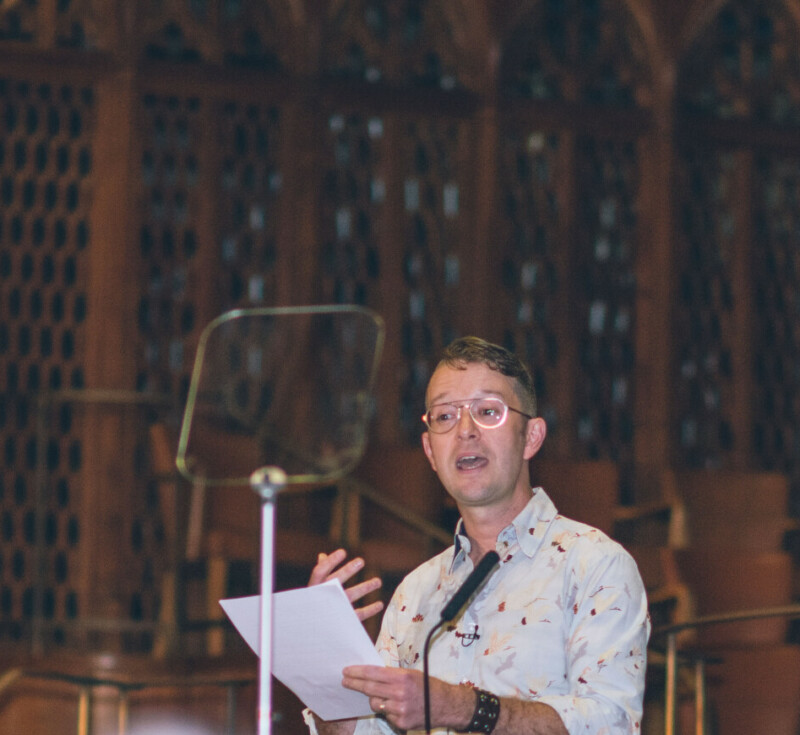 Would you like to hear a story? Of course you would.

This is a befuddled fable, a de-fable, a fumbled fable. It’s a Fubble. That’s it – a new thing and this one begins:

Once upon a galaxy, there was a solar system –

Though that feels overwhelming, so instead, it starts:

Once upon a solar system, there was a planet
called Earth and Earth was the third
child of the Sun and they had a
pretty special relationship –

Once upon an Earth,
there was an Ocean and it was
the most gorgeous of oceans,
sparkling as the eye of someone
you really fancy and yes, Earth
really fancied Ocean and said,
‘Let’s get closer . . .’

Hang on though, where’s that headed? Not quite the vibe we’re after, is it? Let’s zoom in:

Once upon a beach,
there was a grain of sand’

too far! Too much. Right:

Once upon an estuary,
there lived a little egret.

How’s that? You know egrets – a bit like herons, wading birds, spend their days dipping their beaks in mud, strutting shallows. And they’re pretty, these little egrets, and pretty new in many places, too – migrating from further afield, now summers are more egret-appealing. But that’s probably by-the-by.

This egret is gorgeous, pristine: envied by gulls, worshipped by moorhens, revered and feared by fishes the length of the Estuary shore.

ARE YOU AWARE OF MY LATEST POLICY
REGARDING UNDERTOWS AND SPRAT QUOTAS?
I’M CASCADING THIS INFO ON BEHALF OF
THE PRESIDENT OF TIDES AND CEO OF WATER
(AKA THE MOON AND OCEAN)

But Egret ignored Estuary and jutted its claws, eyes lasered on glistening dinners:

I’m busy, said Egret, Can’t you see
how the fishes are gleaming in my shadow?
And I’m hungry, always hungry. I’ll listen
to your Policies when I’m full.

So Estuary went HMPH with a gust of breeze and tutted by slapping some weed against a tongue of driftwood.

Egret went on feeding, warded off gulls from his patch, the fish in the shallows a shimmer in his eye and he dined and waded and dined.

Next day, Estuary dressed in its most imposing power-suit grey with pinstripe waves, tapped Egret on the beak and said:

EGRET THE REGULATIONS HAVE CHANGED
AGAIN. I’M CASCADING THIS NEW
INFORMATION ON BEHALF OF THE
BOSS NOW. SHE EMAILED IT VIA
VOLCANIC ERUPTION, SAYS ALL EMPLOYEES
NEED TO ATTEND A TRAINING FACILITATED
BY THEIR LOCAL ESTUARY – AND THAT IS ME.

And Egret, with a dismissive flick of his wing, said:

Estuary, I’m still busy, OK? The fish are getting tricksy,
spreading out and staying away. I’m putting in longer shifts
to keep the gulls and moorhens and my hunger
at bay. I’ll catch your training another day.

So, Estuary huffed off with a bluster and a cough of spray and left Egret to stalk and snipe.

Until the following week, Estuary piped up again, with a Force Four rasp like they smoked 40 a day:

EGRET, YOU NEED TO LISTEN NOW – THIS
COMES RIGHT FROM THE TOP, THE BOSS,
THE FULL COMMITTEE. WE NEED TO TALK.
WE HAVE TO – TO TALK.

But Egret’s dark pebble eyes flitted in his own reflection, as he snippily squawked:

Can’t you see I have no time for this, Estuary? The fish are hidden,
are thinning, my claws are so tired, and my beak is open but empty.
The gulls are encroaching, the moorhens emboldened and picking
at my feathers. I don’t have time, Estuary, for your lectures,
your figures, your doom-laden conjectures. I am tired,
Estuary, and I am busy.

So Estuary showed its dismay by edging the tide out a smidge lower than usual, the mud in an arc of a frown.

In the week after this, Estuary watched as Egret squabbled and scrabbled, waded and wanted, hungry and angry.

Estuary met with Ocean and Moon and The Boss – and they looked at the stats of Egret and the others in the avian division, the marine vertebrate teams. They looked at the whole organisational diagram, creaking like a lightning-struck tree.

And if they had heads, they’d have scratched them.

The Boss, the third child called Earth, who the Sun loved and loves still. And Earth gazes now, across the harsh face of Mercury, the cold glare of Venus.

And the Sun sighs back: a flare, piercing the dark.

This Story was read at the State of the City 2021 Address and panel discussion.