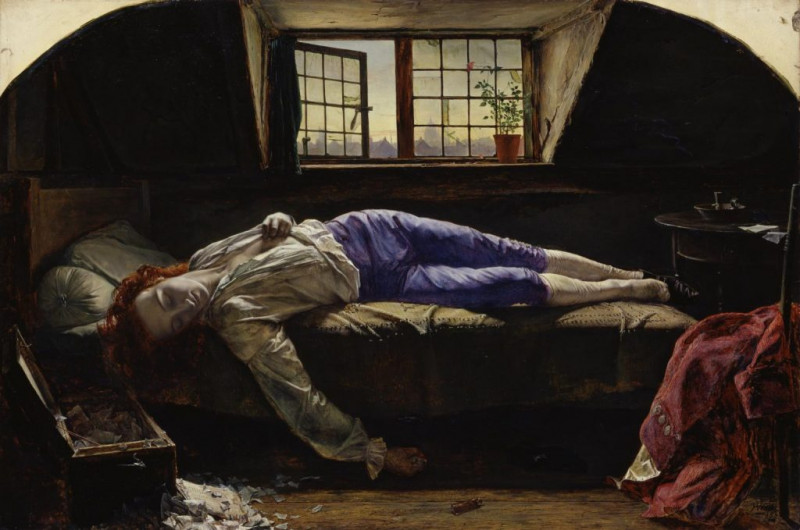 This filmed poem has been created in association with Glenside Hospital Museum as part of the Poetic City programme.

Thomas Chatterton’s death is infamous,
Like Kurt Cobain’s ‘flame of glory’ trigger,
Like Ms. Plath’s sleeping gas to Morpheus,
The flowers floating with Ophelia.
Shakespeare wrote an exquisite cadaver,
But all are works of Romantic fiction,
Editing truths in case they disfigure
Mortals made martyrs of self-destruction.
The myth of Chatterton’s expiration
Makes believe gifted minds are blessed and cursed,
Ill-fated towards a doomed conclusion,
That’s a dangerous trope when left unversed.
It sustains but falsely diagnoses
Those shown in artfully framed death poses.