The Centenary of the Addison Oak John Boughton 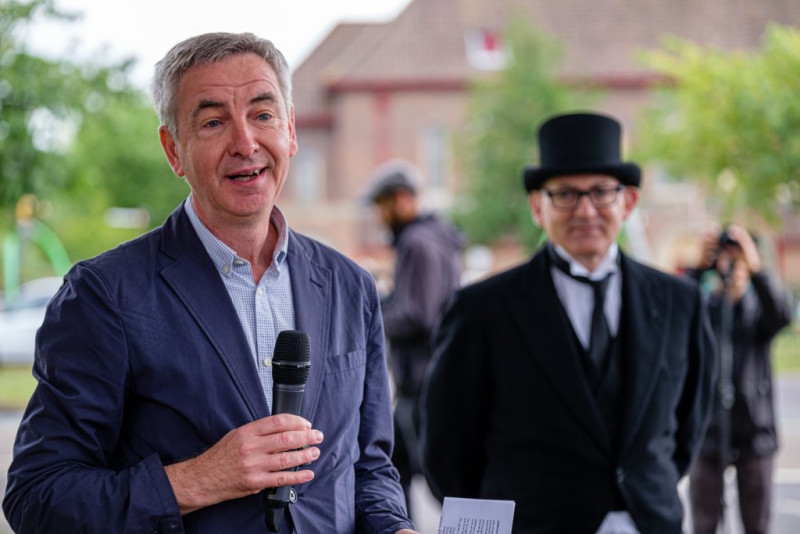 On 4 June 2019, the centenary of the planting of the Addison Oak at Sea Mills was celebrated as part of Homes for Heroes 100. John Boughton spoke of the significance of the Addison Act. This is a transcript of his speech.

My thanks to Sea Mills 100, the Festival of Ideas, the City Council – everyone involved in putting such a great Homes for Heroes 100 programme rightly celebrating the contribution of council housing.

Christopher Addison stood here one hundred years ago and I’m proud to be standing in his footsteps.

Addison was a doctor and surgeon and a Liberal MP for Shoreditch in London, one of the most overcrowded districts of the capital.

He brought that expertise and experience to his vision and drive for housing as the first Minister of Health and Housing.

He spoke in Bristol that evening of June 4th and told his audience ‘They did not want houses built in dismal streets. Until they had houses with air about them, so long would they have to spend enormous sums annually on sickness… They wanted big production and they were prepared to pay big prices.’

Addison understood that decent, affordable housing was an investment in a healthy society.

When he introduced his new Housing Bill to parliament two months earlier, he had pointed to its ‘utmost importance, from the point of view not only of the physical well-being of our people, but of our social stability and industrial content’.

Addison understood that decent, affordable housing was an investment in a happier society.

And he resigned in July 1921 when his housing programme was cut – a victim of the austerity of the day.

He went on to join the Labour Party and served as Leader in the House of Lords in the great reforming Attlee government of 1945, assisting another great housing reformer Nye Bevan.

So we’re here to celebrate not only Addison and the magnificent Sea Mills Estate he inaugurated but the Housing Act of 1919 he gave his name to and its ideals.

What was the significance of the Act?

Firstly, a generous grant regime (not a subsidy – as Addison knew council housing pays for itself).

Secondly, a requirement not only that councils survey local housing needs but prepare schemes to actively meet them – the first time local authorities were compelled to build council homes.

Thirdly, a commitment to quality. The wartime Tudor Walters Report which provided the template for post-war design had recommended ‘cottage homes’, no more than 12 to the acre, with front and back gardens, many with parlours.

What was the outcome?

Sea Mills noted by John Betjeman in 1937 for its: ‘surprising beauty showing off in the evening sunlight; and vistas of trees and fields and pleasant cottages that that magic estate has managed to create.’

The prime minister Lloyd George had promised 500,000 new homes to ‘make Britain a fit country for heroes to live in’. He was also worried about working-class revolt.

And, after a second world war, that drive to clear the slums was revived and redoubled.  By the early 1980s, there were over 5m council homes and they housed about a third of the population.

The 1919 Act enshrined a belief in the state’s duty to secure decent housing for all and set a benchmark of quality that dominated housing politics for the next seven decades. For that legacy and for its lessons, which seem as relevant today as ever, we rightly celebrate the Act’s centenary this year.