The Camera Does Lie 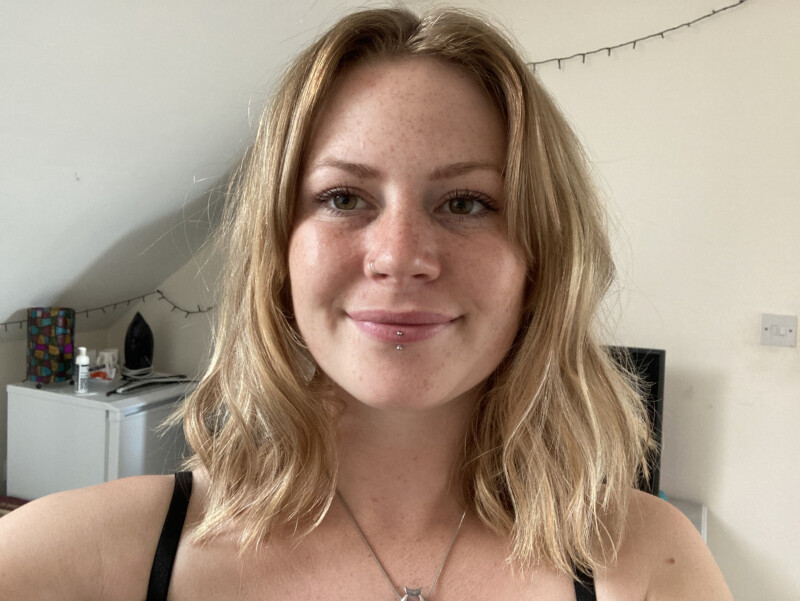 As Danny and Sandy flew away in the Greased Lightnin’ car, I sank back into a soft mix of teddies and pillows with a grin on my face.

‘You liked it then,’ my friend Jess stated smugly, reciprocating my smile. ‘I can’t believe you hadn’t seen it before.’

‘I know.’ As it fell quiet and the credits rolled, my grin faded. ‘Bit weird how it ends though, isn’t it? Like, after all that, Sandy’s just completely someone else now.’

‘Yeah, I always think that. Bit of a stupid ending really, isn’t it?’

At 13, that was my first experience of noticing a film where a woman had to change who she was for a man. Thinking back now, the boys looking up the girls’ skirts on the bleachers and ‘Tell me more, tell me more, did she put up a fight?’ was pretty messed up too.

Don’t get me wrong, we’ve come a long way since 1978, but harmful stereotypes of women still saturate modern film and TV. These negative gender stereotypes have a serious impact on the lives of real women. Their perception of self, their place in society and their goals and aspirations are all influenced by what they see on screen. As Douglas Kellner put it: ‘Radio, television, film and the other products of media culture provide material out of which we forge our very identities, our sense of selfhood; our notion of what it means to be male or female. . .’

In the first few years of secondary school, I worried intensely that I wouldn’t grow a pair of boobs. My mum didn’t have the genetics for them, and I assumed I was destined for the same fate. Although Mum didn’t seem to care, TV and film said otherwise. They seemed incessantly focused on these unattainable symbols of femininity. So, one day as I was getting ready for school, putting on the pink star-patterned padded bra I just bought, a great idea hit me. I would stuff it! How had I not thought of it before?

It was at my first festival that it all came crumbling down. We were dancing to Newton Faulkner at the front of the crowd. Breathless, high on the atmosphere. My cheeks ached from smiling. Little did I know, with each rhythmic jump my body made, the tissue inched its way further out of my bra. I was entirely oblivious until my friend Lauren looked at me with a horrified grimace on her face.

What’s that?’ she mouthed over the music, pointing at my chest. My throat dried up. I looked down, terrified at what I might find. There it was. Sticking out. A wad of tissue that scarred me for life. OK, maybe a bit dramatic, but I was mortified. My face burned as I shoved it back where it came from at lightning speed. I looked at my friend, shook my head, speechless, and acted as if it didn’t happen. The remainder of that night and my memory of the festival were tainted with shame from that moment on.

It’s no surprise the lengths I went to in pretending I had a pair of boobs before my body was ready. Many damaging, socially-accepted ideas regarding gender began in and are perpetuated by the dominant narratives of pop culture. From a young age, the idea that women need to be sexy is shoved down our throats. Women exist as objects of male desire throughout film, including those aimed at children. Even animated females are hyper-sexualised. From Jessica Rabbit through to Lola from Shark Tale we see exaggerated eyelashes, breasts and curves and we see the male reaction to them.

The disparity between what I grew up seeing on screen, and my real-life role-model, my mum, was confusing and alienating. As stated previously, when everyone else’s bosom seemed to be sprouting forth and giving them a new-found sense of womanhood, I bought my first padded bra. Something I felt I could never tell my mum – the human antithesis of making an effort to look sexy – an advocate of vests or nothing at all. This female figure sat side by side everything I saw in TV and film where women were these sexualised beings. In hindsight, I realise how insanely cool it is to not care what anyone thinks of you – something I still haven’t mastered. But at the time, with hundreds of examples compared to one, it felt obvious to me which was right and what I had to do to be a woman.

From the age of 14, I wore make-up to school every day. I hated my face without it.

‘You’re going to be late!’ Mum called from down the hall. Cue footsteps and a head poking round the door. I was on my tiptoes, my face an inch away from the mirror balanced on my windowsill, trying to get my eyelashes perfect but my breath kept steaming up the glass. Her unimpressed reflection stared for a moment. ‘Stop faffing around with your eyes, it’s ten to nine.’

‘Mum. Do you want me to get bullied? I look like a naked mole-rat without this! I’ll be one more minute, OK.’

Because of my elaborate routine, I was usually late, rushing to get to school. I’d head straight to the toilets instead of to my tutor room to check my appearance. Before I even opened the creaky door, the smell of Boots’ Charlie hit me. Below clinical lighting and wet paper towels stuck to the ceiling, I smoothed my hair, put on one more lick of mascara, and adjusted my skirt so that it was short enough to not look like a dinner lady. But not too short. I didn’t want to look slutty. Then came the slow walk to my tutor room so my heart rate would return to normal, eliminating any sign of flush left in my cheeks. Mrs Jay glared at me as I walked in. I mouthed sorry as I sat down.

Now, I know that most teen girls would rather be late to school than go in looking like a ‘mess’, and that this isn’t a special story in any sense. But that’s exactly the point. This story doesn’t need to represent so many girls’ experience of teen-hood. But it does, because through film and TV, we’re taught that sexualising and objectifying women and girls is normal. That their appearance matters more than almost anything else about them.

One of the first films that challenged the negative gender stereotypes that have long pervaded Hollywood was Thelma and Louise. There was a real promise of positive change in the roles of women on screen when it came out. I finally watched it for the first time last summer with my two best friends. We sat cross-legged on an emerald-green pull-out sofa, absorbed from the off.

‘Well,’ I said as the credits rolled, ‘that was fucking brilliant.’

‘I can’t believe none of us had seen it before,’ said Poppy.

Brogan nodded, smiling. ‘So nice to watch something so female-led.’

‘It’s ridiculous really though, isn’t it? Half of the films we watch should be female-led. Or you know, an equal mix that isn’t degrading to women one way or another.’

The room fell silent for a moment – a rarity when we’re together.

For the rest of the night, we drank wine and discussed the women’s journey to escape the constraints they lived under, their need to break free, to become independent in a man’s world, and how relatable that felt. We contemplated the ironic sadness that arose from watching a film that made us feel so good. We just wanted to watch kick-ass women kick ass and that be normal. Thelma and Louise felt beautiful, empowering and a breath of fresh air because it was based around authentic female characters and their friendship – something Geena Davis, who played Thelma, thought would soon become the norm.

When that promise of change never materialised, Davis founded her Institute on Gender in Media. She echoes Kellner and countless others when she says that women’s aspirations are being hindered and their perception of self being warped. She says we need more females behind the scenes. Real women’s stories don’t get told because such a small proportion of writers, producers and directors are women. Studies have shown time and again that gender representation behind the scenes directly affects what comes out on screen. Films that have higher proportions of women working on them tend to hire more women in key roles and represent them with more authenticity and positivity.

We need to create more of these role-models on screen so that life can start to mirror art and our women and girls can aspire without restraint.

We need to show them not only that they can be who they want to be and do what they want to do, but that that is preferable, and the world will be a better place for it.

Mani Kidston wrote this essay while she was studying Creative and Professional Writing at UWE Bristol. She currently writes monthly content for digital magazine Fully Grown and is just about to start mentoring in Write Bristol’s new scheme to improve equity of education in the city.