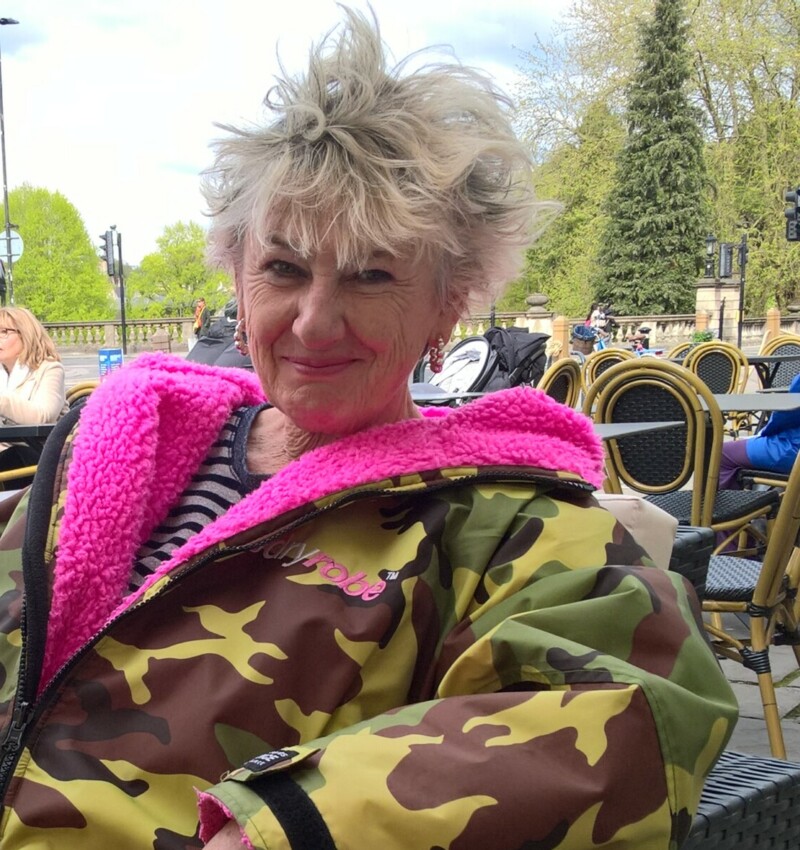 My mother had to take me out of Snow White and the Seven Dwarfs – that’s my earliest cinema memory.

The Wicked Queen in Disney’s 1937 animation absolutely terrified me, her eyes, the sudden close-ups (we had no television then), even her back, gazing at her own reflection, ‘Magic Mirror . . .’, her absolute evil. Every time she appeared, I crouched on the floor behind the seat in front, covered my eyes, screamed and was eventually removed from the stalls. I’ve still never seen Snow White all the way through. The Exorcist would have had the same effect only I’d read the book first – which just goes to show that The Devil Has the Best Tunes.

When I think about the films I’ve loved there’s often been a villain, and usually a female one, in there somewhere – Margaret Hamilton, Wicked Witch of the West, in The Wizard of Oz; Barbara Stanwyck as Phyllis Dietrichson in Double Indemnity; Angelica Huston as Lilly Dillon in The Grifters.

By the time I was nine we had a television, I’d worked out what film was all about, and was allowed to go to Saturday morning cinema with my brother Paul and best friends from across the road, Bernadette and Helen. The Regent Picture House on Liverpool Road, Crosby, was a ten to 15-minute walk from home. Saturday morning children’s cinema cost 6d, the noise was deafening, and if you were unlucky the contents of a Kia Ora carton, decanted from the balcony above, would literally drown out the adverts. The Regent was an ABC cinema, we were the ABC Minors and the loudest moment of all was when we all sang (or shouted):

We are the boys and girls well known as
Minors of the ABC
And every Saturday we line up
To see the films we like
And shout aloud with glee
We love to laugh and have a sing-song
Just a happy crowd are we
We’re all pals together
We’re minors of the A-B-C!

The programme was cartoons, shorts – Laurel and Hardy; cowboys – and finally a serial ending with a cliff-hanger, so you came back next week. I loved nearly everything, although week after week two things really puzzled me. At some point the screen would say COMING SOON in giant letters and there’d be a clip, then more giant letters: SUNDAY FOR SEVEN DAYS. The following Saturday it would be the same, COMING SOON, a different clip, then, SUNDAY FOR SEVEN DAYS. After a while I decided SUNDAY FOR SEVEN DAYS must be incredibly popular because it had been showing for so long. I couldn’t work out what it was about because every week the clip was different. I decided it was far too long and complicated and – having spent Monday to Friday at a convent school – was pretty sure I didn’t fancy Sunday for Seven Days anyway.

The other thing that bothered me was how the serial always ended with some poor unfortunate staring death in the eye – man wrestling lion; woman tied to railway line; bad guy training gun on good guy – and then the words on the screen TO BE CONTINUED NEXT WEEK. I truly believed that poor unfortunate had to wrestle that lion for a whole week – until we all returned and the film could carry on. It gave Sunday for Seven Days a whole new meaning.

One of those Regent Saturday morning short films haunts me still. It was an animation about a little girl, set in the future where it rained all the time. People stared out of their windows, trapped indoors, gazing out hopelessly at grey skies and endless sheets of rain. Occasionally the rain would stop and when it did trees would suddenly bud and then rapidly leaf, fabulous flowers would bloom, people would dash out of their houses and turn their pale, sad faces up to the sun. Children would laugh and play outdoors in the sunshine. And then a shadow would appear on the grass, the clouds would return, the sky would darken, and the rain would begin again. Sometimes I wonder if that film really existed or if I dreamed it years ago. It seems strangely prophetic now.

Around the same time, in the school holidays, there were occasional, wonderful trips into Liverpool with my dad to the Tatler News Theatre, a cinema showing nothing but news and cartoons. We’d sit in the dark watching Looney Tunes and Merrie Melodies, Mr Magoo, Bugs Bunny, Wile E Coyote and the Road Runner, Tom and Jerry, Sylvester and Tweety Pie, Daffy Duck, Porky Pig and ‘That’s All Folks!’.

When the Regent and the Tatler closed within months of each other in 1968, victims of the television sets now in so many homes, we transferred our affections to the Odeon – also on Liverpool Road but further along, in Waterloo. It was renamed the Classic in 1967 but the old name stuck. We were growing up, straying further afield, exciting. My friend Bernadette entered the Odeon’s Yoyo Competition – up on stage, in a line, whoever kept their yoyo going longest won. It was They Shoot Horses, Don’t They? – with yoyos. Although she never won, Bernadette always acquitted herself respectably and never showed you up. This cinema, originally called the Plaza, had opened on 2 September 1939 (with Edna Best in South Riding) – the very day war broke out. Waterloo’s Plaza is the only cinema to have opened and closed on the same day. After further name changes – Cannon, Apollo – it’s now the Plaza again, a community cinema run with the help of many volunteers, well-supported and well-loved. Fingers crossed the Plaza makes its centenary.

The Regent’s fate was to become a Mecca Bingo and finally a school gymnasium. The Tatler fared rather differently, reopening the following year as the Tatler Cinema Club showing uncensored films, starting with the Danish-Swedish I, a Woman. We never went to the Tatler again, but this woman still watches cartoons whenever she can.

Speaking of censorship, while I’ve mentioned some of the films and cinemas I remember and love, there are also the films I don’t remember because I didn’t see them. If my mother had worked for the British Board of Film Classification, then most of the cinema of the 1960s and 70s wouldn’t have happened – wouldn’t have been shown at any rate. Fatwahs were issued from her armchair when anything deemed dodgy appeared on TV: ‘And that’s going off for a start!’ If there’d been remotes back then she’d have been a stone heavier.

One of the biggest pleasures of lockdown, with cinemas closed,has been seeing films I missed 50 years ago – some I wasn’t even aware of, as my mother took those censorship duties very seriously indeed. Thanks to Talking Pictures TV I’ve now seen A Taste of Honey, The Killing of Sister George and – just this week, 56 years after it was made – Georgy Girl (screenplay by Bristol’s Peter Nichols who I worked with many years later when I produced his new plays at Quakers Friars and the Tobacco Factory). I tried imagining my mother’s reaction to Georgy Girl’s heady cocktail of premarital sex, abortion, and infidelity in 1966 Swinging London, but the screen went blank, started to smoke and finally went into meltdown – much like the Wicked Witch of the West at the end of The Wizard of Oz. That’s probably my favourite film of all, with Double Idemnity a close second. The strange thing is there’s something about both that witch– or rather her doppelganger, Miss Gulch – and Barbara Stanwyck as Phyllis Dietrichson that remind me of my mother. What’s that all about then? Perhaps I need to watch Snow White and the Seven Dwarfs in the cinema all the way through.

Sheila Hannon is the creative director of Show of Strength Theatre Company in Bristol, which she co-founded in 1986.

Audio Recording
Listen to an audio recording of Sheila Hannon reading her essay at the SoundCloud link below.