Revolution in the Head Neil Brand 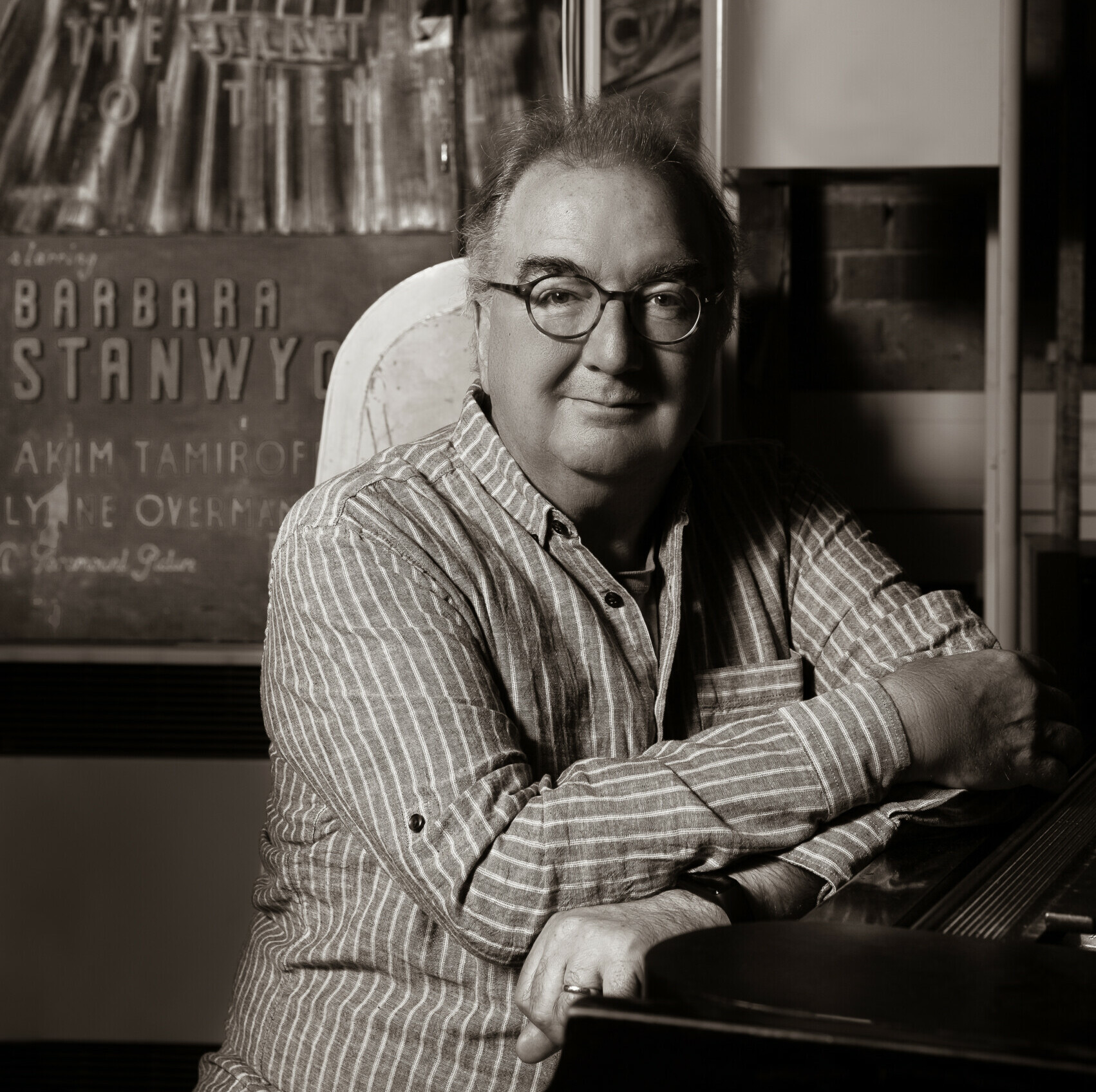 It was a little-regarded Patty Duke film in my eighth year that began the revolution.

I was aware of the rumblings before that: the dim awareness that going to the pictures meant receiving a warm embrace from big-sounding music, and that covering my ears when I was frightened made more sense than covering my eyes, as somehow the worst thing I could hear would be much worse than the worst thing I could see. I was not yet old enough to distinguish how cinema was developing inside me any more than other stimulations like food, school or friends; yet somehow I knew by the age of eight that, between the joys of real life and the necromancy of films I was seeing, real life was already dragging behind, a very poor second.

No real-life red was as red as the capes of the Roman centurions swarming over the pirate ships in Ben-Hur – no yellow existed that was as bright as the colour of Hayley Mills’ In Search of the Castaways island. The roller-coaster emotions of Mary Poppins were unmatchable in my everyday life on an Essex council estate (black-and-white TV, no phone, no car) and Cliff Richard was the grooviest person on the planet, bar none.

In my first decade, a trip to the State Cinema, Grays, was a fortnightly Saturday afternoon mardi gras for me, much more so than to the Ritz 200 yards away from it, VERY much a second-run house and poohpoohed by my family except when they ran Disney reissues. The excitement of the event began on the bus with the first sight of the State’s queue, which gave us a pretty good idea of whether we would get straight in or have to hang around for second-house (which might mean milkshake at the Italian ice-cream place while we waited) – then the agonisingly slow crawl from the pavement with its lurid movie posters (‘Sister Sister oh so fair, why is there blood all over your hair?’) through the bright red doors (still not as red as what would soon be on that screen) and into the warm miasma of smoke and old carpets, the big, 1,500-seater hall and a full house. I don’t remember seeing the organ that made the place famous, but perhaps they reserved that for Friday and Saturday evenings. The seats weren’t that comfortable, the sound sometimes atrocious (the State didn’t get magnetic soundtrack projectors when the Odeons did) but we had zero expectations and loved whatever came up, especially when it was a film made for me, like Thunderbirds Are Go, or for all of us, like The Jungle Book.

And the magic began as I was cocooned in that dark, over-packed womb, all too aware of a communal experience unfolding whilst maintaining an intense and deeply personal engagement with the screen. Like Laurence Harvey in The Manchurian Candidate or the ape in 2001, I was being hypnotised, shaped, formed and evolved by the higher intelligence of the films I watched; random images, sounds and moments came together in my still-forming mind to make up the boy who would leave the cinema unable to entirely shake off its dream-state hold until the bus was past the gravel pits and onto the Belhus Road. And always the last chimera to release its grip was the music.

We had a piano. It was a very old upright that had done service when our house was a makeshift church and boasted an organ stool that could seat three. I was plonked between my brother and sister when they played, then later thumped away on my own, making up tunes and picking out notes and chords I heard randomly elsewhere. Until Patty Duke . . .

Patty Duke was a teenage tomboy star of the Sixties with her own TV series and Billie (which I probably saw in a 1966 reissue) was intended to be her big break into films. It was the story of a girl who could beat all the boys at her college in races because she heard a rhythm in her head which made her run faster. As she stood at the starting line with her coach’s words dinning in her head (‘listen for a rhythm – find that rhythm and go with it!’), the soundtrack just featured the dialogue and the natural sounds around her – but at the crack of the starting pistol all that sound drained away, she sped off and a fast drumbeat kicked in, plus rock and roll guitar, and began to get faster.

I was used to leaving the cinema acting out the movie I’d just watched – in this case I behaved perfectly normally to begin with, walking along with my parents, gauging the gaps in the crowded pavement like a spy and mentally preparing my starting gun. Then, with our bus stop still a hundred yards away, I slipped my hand out of my mother’s, put my head down and ran full pelt up the road, Billie’s rock and roll hammering in my head. I could sense immediately that two things were wrong – one, I was no faster than I’d ever been, and two, my parents were yelling in concern behind me, and I suddenly realised I would have some complicated explaining to do.

But I had made a connection, and much more musically exotic fare grasped my imagination on subsequent visits. Those Magnificent Men in Their Flying Machines, In Harm’s Way, The Railway Children, all had scores that growled and boomed impressively and provided my impressionable young mind with a wealth of new sounds and tunes for all dramatic occasions. Every time I walked out of the cinema, I carried the music, still playing with impressive clarity, in my head, desperate to hold on to it all the way home and through the front door to the piano. As I got older, my improvisation became more sophisticated, until I blew away my schoolmates with the theme from The Persuaders.

Fast-forward to the spring of 1986 or thereabouts. I had cut my teeth as a silent film accompanist with the Eastbourne Film Society, Keaton’s Steamboat Bill Jnr and Pabst’s Pandora’s Box, and I was auditioning for the National Film Theatre. They were deep into one of John Gillett’s impressive silent seasons, this one entitled ‘Hollywood Bubbly’, the best and rarest of Jazz Age Tinseltown fare. I was due to play Norma Shearer’s 1926 hit Upstage at sight for the press and, unbeknownst to me, David Gill and the pianist booked to play the public performance later that week. It was a theatre film (that was good, I knew theatre) but the rest I would have to glean as it unspooled.

It was my first time playing a film I hadn’t seen, and I was quietly confident, with all the arrogance of youth. I had prepped ten minutes of music each for Steamboat and Pandora, and improv had kicked in fine with them, mostly driven by adrenalin. This was a different matter, decisions had to be made on the hoof, and appropriate music found in an instant. But thanks to the State, the Orion Burgess Hill, the Commodore Aberystwyth and hours of late-night TV, I was confronted with nothing I hadn’t seen and heard before.

My title music was brash, showbizzy, the story clicked into a generic template almost straight away with our gauche heroine meeting the challenges of theatre (Singin’ in the Rain), then climbing too high (Funny Girl, A Star is Born), then a massive, self-inflicted fall from grace (Paper Tiger, The Fallen Idol) . . . but the final act gifted me the best musical inspiration of all.

When I was little, trying out my ‘playing by ear’ chops, I would ask my parents to ‘give me something to play’. ‘A windmill.’ ‘A fairground.’ ‘A storm.’ And best of all, ‘Snowfall’.

In the last reels Norma was reduced to the chorus of a cheap show touring the sticks. She had been branded ‘not a trouper’ because of her previous diva behaviour, and this was her penance. And wondrously, it was snowing. So, I did what all those cinema visits had taught me about final act redemption – I played the ‘sacred space’ in which Norma would win through – and it was the shimmering, tinkling world I had been playing for 20 years – the Realm of the Ice Queen.

This was, of course, intentional, director Monta Bell being very sure-handed when it came to mise-en-scene and Norma being required to put her very life on the line to prove her trouperdom. In good melodramatic tradition the plight of our isolated, rejected protagonist coloured her whole world, so it was snowing. But I could not escape the rush of confidence and certainty that flooded into the snowy music for that last action-packed 15 minutes. I was at home, just as I had been in the State two decades previously, and all the music I was to play for the silent movies had been provided in those years by the sound of films I knew and loved.

The revolution had come full-circle, and the day was mine.

Neil Brand has been a silent film accompanist for over 30 years. He is a writer, performer, composer and TV presenter, including for the BBC4 series The Sound of Cinema, The Music That Made the Movies.