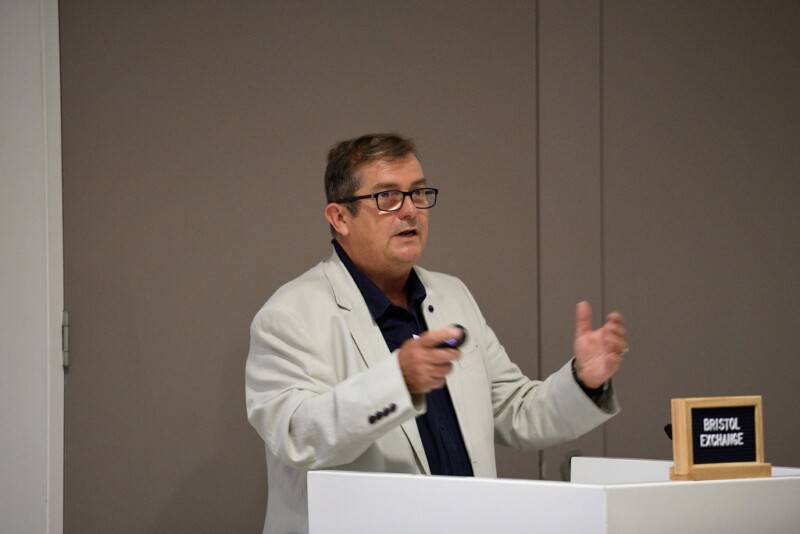 Ted Fowler is a place-based practitioner in social and civic enterprise. He led the growth of Bristol Community Transport, worked for 15 years as an economic development professional for Bristol City Council, and was a founder of Voscur, City Academy Bristol and Bristol and Bath Regional Capital. He is the director of Our People, Places and Practices. He was an Avon County Councillor for Ashley Ward with significant responsibilities for education, modernising services, equalities and policing (1985-89).

As a long-standing practitioner in business, public service and politics I want to focus on the culture of how we do things in Bristol and reflect on the two models of executive mayor or councillor committees in decision making. I respect most of those who undertake public duties in the city, including Marvin Rees and George Ferguson and I hope they will continue to play their part in influencing our city’s future. But they have been trying to undertake impossible roles.

It is difficult to see these matters in perspective, especially with mayors, for two reasons. Firstly, they tend to be about an individual, and secondly, the chaff that surrounds local government obscures the key points: we are fussing about the details and failing to see the bigger picture.

The key issue is Bristol City Council’s massive loss of power and influence, including fundraising through taxation and management, to central government and the failure of devolution to change this.

Many arguments for a mayor include reference to ‘chaos’ before 2012, with no decisive leadership. Yes, annual elections were disruptive, but they’ve gone now. And there was progress, for instance the development of the Harbourside from derelict industrial land – one of the best examples in the world of creating a people’s city was led for decades by a council committee with able members and chair. There are plenty of other examples.

The mayoral system brings no new powers for the city but there are a lot of dangers in the ‘status’ rather than ‘stewardship’ model of leadership that it encourages. The jury is out on whether there has been any significant uplift in reputation and investment (and we did well before), although anti-Colston demonstrations and Marvin Rees’ powerful response has certainly kept us on the map.

The committee system does work. Elected councillors, representing their neighbourhoods and wards and working in formal groups (committees), empower our diverse communities to participate fully in the decision making and governance of the city. They are far more inclusive and of more value to their constituents, and they spread political opportunity and knowledge widely. Yes, councillors promote and defend their areas, but they are also part of decision-making that affects other, often very different, places in the city, and that also means they can enable common bonds to develop and bring diverse perspectives to awkward challenges.

‘Executive mayors’ was a central government promotion, and some early rewards followed. Whatever the claims, the results have never been any better than the deals struck with central government before, when Bristol was politically powerful. The ‘wins’ are now more about making life easier for Westminster to deliver central government projects than working with the complexities of lived experience and local conditions.

Thus, while Westminster praises itself for reducing ‘government’, it still tries to define too much itself (look at education policy, for example). And as government becomes more significant on an everyday basis, Bristol City Council has increasingly operated structures and programmes that echo government timetables (approximately three years, give or take) and siloed styles of working.

Committee working mitigates against these weaknesses as the attentions of councillors and officers are focussed on researching and negotiating locally what is to be done, usually with a far more durable result that is relevant, long term and better aligned. During my work as a councillor in a committee system, it was professional good practice to respond to political agendas by turning them into sustained practical change, by considering what a range of councillors, stakeholders and influencers might ask and challenge if the impact is to last. Research and dialogue with potential stakeholders (not just the good and great) initiated far earlier and more inclusively in the processes than at present meant a range of real options were considered, while still respecting political drive.

Membership of scrutiny bodies should be a powerful role for citizens, not a cul-de-sac for councillors.

With a culture of ‘status leadership’, officers are too often focussed on short-term government rewards and fear of failing their career bosses rather than supporting politicians and the wider city and working through the evidence and exploring best practice. Too often, senior careers are developed by moving around the country, often based on fundraising for capital projects, leaving poorly targeted commitments behind for their ‘dependents’ to cope with after they’ve gone.

The mayoral system provides a magnifying glass for those at the top of the ‘influencer range’ and those operating within any mayor’s ‘bandwidth’. Hence ‘captains of commerce’, senior executives, press, other mayors and the bold and the well-connected praise ‘city leadership’. Too often this term denotes those ‘in the club’, and mayors can increase partnership by patronage and competition for preference. That’s bad enough in Westminster; let’s at least get it transparent here.