Let’s Cooperate to Deliver Our Ambitions for Bristol Stephen Williams 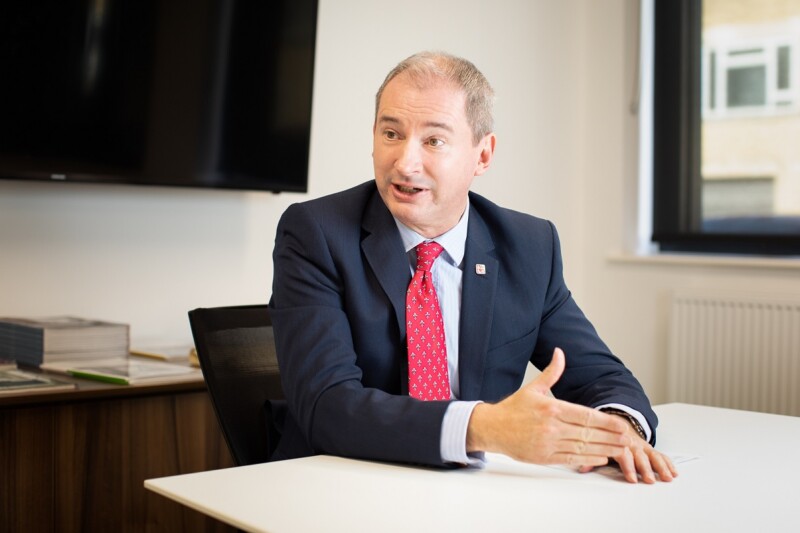 Stephen Williams served three terms as a councillor in Bristol during the 1990s, when he led the Liberal Democrat group of councillors. He was MP for Bristol West from 2005 to 2015 and was Minister for Communities during the Coalition Government.

Bristol’s directly elected mayor is no longer needed. Bristol has pluralist politics, with four parties represented on its council. City governance needs to be reinvigorated to tap into all of the talent available, no longer concentrating power in the hands of one person. Regional leadership can now be provided by the West of England Mayor. In the referendum in May I will vote to abolish the city mayor.

The almost decade-long innovation in city governance has sidelined and undermined 70 elected city councillors. While the office of mayor has improved the visibility of the city’s local leader it has not really improved accountability for big decisions. It is too easy for the mayor to avoid scrutiny and dismiss questions and criticism. The mayor is responsible for a large range of city services, from social care to museums, from recycling to swimming pools. This is too much to put in the hands of one individual if the mayor is not minded to share and delegate power to councillors. The mayor is not needed as an ambassador for the city and the region as that role is now held by the regional mayor of the West of England. The current city mayor should have spent his time on delivering improved council services, not talking (at length) about matters over which he has no direct power.

A confession – I have changed my mind on this issue. Back in 2012, the year of the first mayoral referendum, I was marginally in favour of a switch from a council leader (elected by the councillors) to a mayor elected directly by the public. The coalition government offered a referendum to each of the main English ‘core’ cities, such as Birmingham, Leeds and Manchester. The councillors in Labour-dominated Leicester and Liverpool decided to change their governance without a referendum. The government promised to set up a ‘cabinet of mayors’ which would provide a strong voice for England’s regional capitals in Westminster. It was this issue that swung me behind the change. As one of Bristol’s MPs and a previous councillor I was frustrated that the greater Bristol and Bath area (the county that used to be Avon) constantly lost out on investment, particularly on transport. The cabinet of mayors would give regional capitals a way of influencing ministers. But in the end, only Bristol voted for change and the cabinet of mayors never happened.

Then, in 2016, the Conservative government decided to set up a network of regional ‘metro’ mayors, on a par with the Mayor of London. Since May 2017 Bristol has been part of the West of England region with its own regional mayor. At a stroke, Bristol’s city mayor was eclipsed as the most prominent and powerful local politician. It is the job of the regional mayor to win government investment in major infrastructure projects. It is also the role of the regional mayor to work with UK Trade and Investment on winning commercial inward investment and growing the region’s exports.  The current city mayor does appear to enjoy flying around the world, burnishing his cherished global leader credentials. But they are flights of fancy, without a legitimate purpose.

So my main reason for changing my mind on the need for a city mayor is the creation of the regional mayor. As Keynes is reputed to have said, ‘When the facts change, I change my mind. What do you do?’ But I’ve also changed my mind as a result of witnessing how the current city mayor has failed to improve city services and the quality of life in general. Successful leaders don’t just send out strong signals. They also listen to colleagues and draw strength from their experience and skills. The current city mayor has presided over a game of musical chairs in his cabinet councillor team. The stability of a four year term of the mayor has been undermined by constant changes in the personnel of his cabinet. The mayor has also shunned scrutiny by ‘backbench’ councillors, despite many of them having long experience in the running of the city.

Running a major city requires not just a strong and accountable leader but a team of talented councillors around that leader. The range of public services is too great for any one individual to have direct oversight. The experience of councillors from all four parties should be drawn upon to head up services or to provide scrutiny and challenge to those who are exercising power. A directly elected mayor can choose to ignore the wisdom of others, leaving councillors effectively impotent. A council leader accountable to all councillors has to work with their peers, involving more people in the making of decisions.

When I was first elected in 1993, to Avon County Council, no party had a majority. This meant that Conservative, Labour and Liberal Democrat councillors worked together on committees, with each party taking it in turn to chair meetings. It made for more constructive discussions and civil debate. It certainly wasn’t a recipe for fudge, I got more done in the one term I spent on the balanced Avon council than I managed in two terms on the Labour-majority Bristol council when Avon was abolished.

The pluralist membership of Avon in the 1980s and 1990s is similar to Bristol now, with the addition of Green Party councillors. Switching from a mayoral system to a committee system will empower councillors from across the city. A wider range of communities will feel represented and a diversity of political voices will be heard. The council will still have a leader, someone who enjoys the confidence of their fellow councillors.

If the people of Bristol vote to abolish the executive mayor then we will have two years to plan for the new councillor committee system of governing from 2024. I hope all parties spend that time wisely, reaching out to the huge pool of talent in the city so that we have the best possible group of people to run our city together, with ambitious plans delivered in a collegiate way.