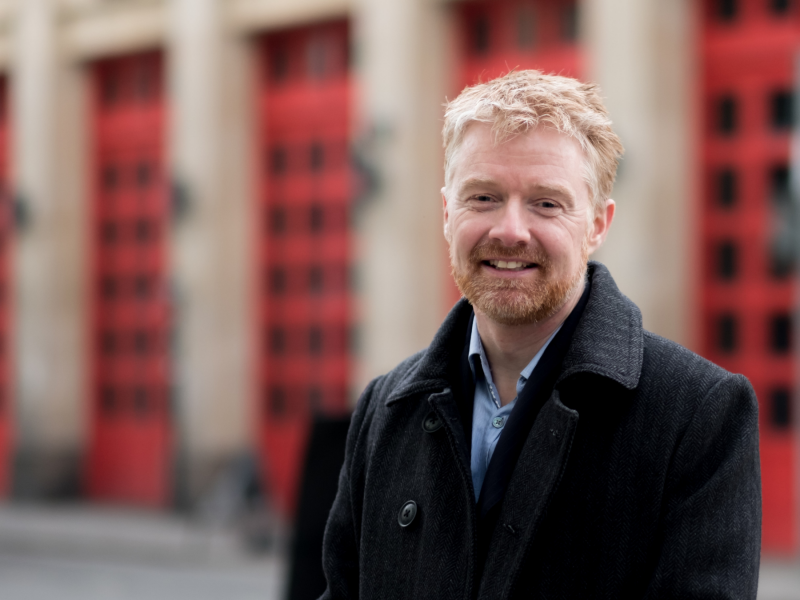 Sandy Hore-Ruthven was CEO of Creative Youth Network, a charity provider of youth services in the South West, for 15 years. He was the Green Party candidate for the 2021 Bristol Mayoral election.

Most of us in Bristol would agree we face many challenges – making our city more equal, tackling climate change, supporting high streets in their recovery from the pandemic, sorting the crisis in Special Educational Needs provision. Add in rising rents, clean air and better public transport and the list is daunting. The council cannot tackle these problems alone. We need to work together. The way to bring Bristol together is with leadership that has the mandate of the whole city: a directly elected mayor chosen not by the political parties but by the people.

This is one of a number of reasons why I support the mayoral system. The mayoral system needs reforming but to adopt a committee system will take Bristol backwards at a moment when we have so much that needs to be done and no time to waste.

A directly elected mayor is more democratic as it creates accountability to the people. I have lived in Bristol for nearly 30 years and political engagement and understanding have grown since the introduction of the mayoral model. People know who the mayor is and what the mayor stands for. And whether you agree with them or not, the mayor acts as a focus for debate and engagement. Before the mayoral system, few people could name the council leader or say what they stood for. For years people have lamented the lack of involvement in local politics. Having a mayor has been a gamechanger and Bristol now has a lively and dynamic political discourse.

Under the proposed committee system, Bristol may not even have a recognised leader, instead offering various committee chairs as an alternative to someone chosen by 200,000 eligible voters.

The direct mandate means the mayor can genuinely represent the people of Bristol at the highest levels. Our two mayors have represented Bristol on COP 26, Black Lives Matter, European Green Capital and Channel 4 and with prime ministers, businesses, charities and international leaders.

This profile brings inward investment, jobs, creative thinkers and activists. In turn, these innovators push the city forward and make Bristol one of the most desirable places to live in the UK. At its best, mayoral status ensures investment from central government. George Ferguson was able to bring Metrobus to Bristol, the single biggest change in transport infrastructure in the last three decades.

As a Green Party member this is exactly what I want to see – decisions made locally for local people. The UK is one of the most centralised countries in the world. Strong, regional voices mean decisions can be made where needed and where they have impact. Local dynamism and action are what we need as we tackle the climate emergency and growing inequality in Bristol. The mayoral system brings that to the city.

But it is not perfect. Currently, too much power is invested in the mayor. Locally elected councillors have become ‘appendages’ without power and the mayor does not have to pay attention to their views. As a result, we will have an arena on the outskirts of the city attracting more cars and Bristol will miss out on the jobs and prosperity a city centre arena would have brought. The losses of Bristol Energy might have been avoided if councillors had been given proper scrutiny too.

So, I do believe the system needs to change. Councillors should have the power to overturn big decisions made by the mayor, as they do in London and elsewhere. This was in my 2021 manifesto. That way, we keep the dynamism and democratic mandate of the mayoral system and curb any misjudgements and excesses by giving councillors real power.

In the referendum, the alternative being proposed is a committee system (the system favoured by Green Party policy). Councillors are offered seats on various committees based on the proportional vote they received, the aim being to build consensus and cross-party working. But this means that each committee – planning, licensing, transport, education – will be run by different people with different views and little coherent strategy. Who will choose whether we have tall buildings in the city, for example? The planning committee may not like them, but the housing committee may see them as a way of solving the housing crisis. With no clear leadership there is a risk we will get no clear vision, and nothing will happen at all.

We need a better debate. How do we bring in more scrutiny and give councillors more power to hold the mayor to account? How do we encourage more cross-party collaboration? These are complex questions, but ones that have been solved in big cities across the world and the UK, London being the most obvious example.

Referendums are blunt instruments for solving problems. The EU referendum proved that. The choice between a committee system and the mayoral system as it stands is an unsophisticated one. It’s a choice I don’t wish to make, and the debate is likely to get polarised. I believe a moderated and properly scrutinised mayoral system is the way to make Bristol the best it can be. I want our politicians to work together to change the system, not force us into this choice.

Most importantly, while we argue over this, the problems of climate change, air pollution, inequality, Special Educational Needs, schooling, transport, jobs, the economy, housing and all of the other issues we face are still there. I want our politicians to focus on these, not on a power struggle. The things people really care about when I go out on the streets and knock on doors are what our politicians should be debating and trying to resolve.