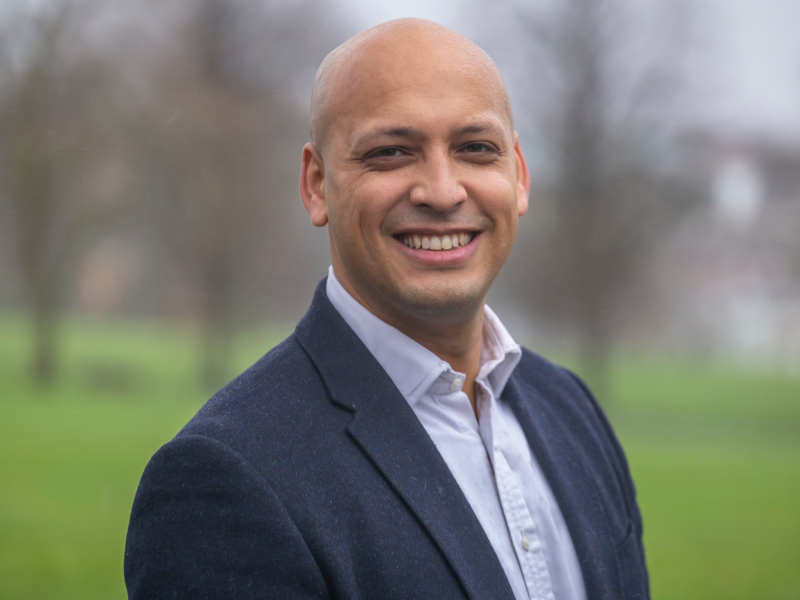 Samuel Williams is a Conservative politician and businessman who stood as the Conservative candidate for the Mayor of the West of England election in 2021.

Between 2019 and 2021 I was privileged to be selected as the Conservative candidate first for the Bristol mayoralty and then, following the electoral postponements under Covid-19, for the West of England mayoralty. Whilst I lost out on both – such is the ‘beauty of representative democracy’ – I took every opportunity to meet as many different people and communities as I could while campaigning. To my dismay, I regularly encountered individuals and communities being left behind and underrepresented.

It is clear to me that if society is to work effectively then our elected representatives must be in the possession of three key requisites for success. That is, they must have the responsibility to speak, act and work for those they represent. This first requisite is fulfilled in their election because the people – their local community – have spoken and placed upon them the responsibility to represent their interests. This is the core tenet of representative democracy.

Secondly, our representatives must have the resources to be able to do the job to which they are elected. This is not only financial but ought to be the wider means of the public purse to serve us, the citizens. Lastly, all our elected representatives ought to hold the right, or you may say the power (although this doesn’t work so well for my alliteration), to make the changes needed. Whilst this latter requisite may seem obvious, and like the first appears to be innate to the position, it is unfortunately all too often not the case. No more so than under the current mayoral system operating within Bristol. Rather than the hopes and concerns of our communities being represented by those we elect to the very job, councillors under the city mayoralty are all too often little more than toothless figureheads atop a system biased to the will of the mayor.

This is not necessarily to state that the will of a mayor is corrupt, although it may be, but rather that the executive power of the mayoral system means that, put simply, the final say on almost everything goes to the mayor and not to councillors, not to communities and not to you. In other words, decisions about your communities are not made by those elected to represent your communities.

So what is the answer?

Well, certainly I support the introduction of citizens’ assemblies into the democratic make-up of local government decision-making across Bristol. I am committed to the idea that democracy must holistically express the views of those it represents – and for that to be achieved there must be an active willingness for decision-makers to listen and learn from all citizens and communities so that no one is left behind.

And whilst citizens’ assemblies are politically en vogue, admittedly there are significant issues and chances for political bias to inform the process, such as who agrees the topics for discussion, which ‘experts’ are invited to contribute and ultimately what mechanisms are in place to hold the executive accountable to the findings of the assembly itself.

Citizens’ assemblies at a local level are a valuable and, when delivered correctly, desirable process. When akin to President Macron’s Grand Débat National in France, forming one part of our collective democratic conversation which includes online consultations, forums, public questions and representation by elected officials, a rich tableau of local democracy beings to emerge.

However, it is particularly the latter, our elected representatives, that are so essential to holding the executive accountable to the voice of the people. And it is precisely this that is so difficult under the directly elected mayoral system with a party-political biased cabinet. With powers only to basically ask the executive to think again or to call a matter to a full council meeting, scrutiny can easily fail to deliver any real results or hold an incumbent mayor to the will of citizens. By adopting a committee model, our city can benefit from the learnings of the great mayoral experiment but also develop a representative cabinet committed to mutual accountability and deliberative public service which truly represents the people that government at all levels exists to serve.

This not the only issue with a mayoralty of Bristol. There is a far more obvious issue which we ought to acknowledge – the confusion of two elected mayors, with the West of England Combined Authority (WECA) and Bristol both vying for government attention not infrequently to the cost of us all. As well as the unhelpful exclusionary thinking that suggests Bristol need not work with our neighbours in South Gloucestershire, North Somerset and Bath and North East Somerset, this two-tiered mayoral system is often greeted with a furrowed brow and a perplexed look.

The West of England mayoralty exists, with greater influence, to secure investment into our whole region so that as the region thrives, we might all benefit. The WECA mayor is a figurehead and catalyst for social and economic growth for Bristol and the whole region, thereby delivering far greater results than any one particular representative council. If we are committed to thriving businesses, job creation and cultural development, as well as communities served by local ward representatives, we are undeniably better served by reforming our Bristol mayoral system and adopting an approach for local and regional unity.