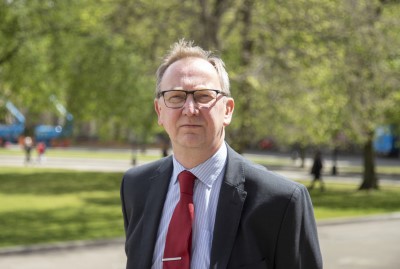 On 5 May those who show up or who have returned their postal ballots in time will decide whether Bristol should retain the mayoral system or revert to a still undefined committee system.

This is not a referendum on Marvin Rees. He’s already ruled out seeking re-election in 2024.

‘Run by committee’ is generally seen as a negative thing. The idea implies delays or worse. What would you get if you got a committee to design a horse? A camel? Is this referendum being sprung on us because the other parties, including the Conservatives – who support mayors as a policy nationally – have taken the hump because they did not win any of the three mayoral elections? Does having a directly elected leader limit their ability to play games and cause chaos? Actually, yes it does, but I don’t think that is a bad thing.

I had a brief taste of the committee system as a councillor in the 1990s. With over 50 councillors, Labour was in control, so we got our way in committees and at full council meetings. However, we still didn’t achieve as much as we have with a mayoral system and the demands on individual councillors were far higher than now. It’s worth remembering that councillors only get an allowance of around £14,000 annually for their service. If we want councillors to represent the whole of Bristol, not just the wealthy, many will need another means of employment. Under the mayoral system that is possible, although I chose to work part time.

How many committees will there be? What will the demand be on councillors? Will they be able to hold down a job? Nobody knows because the committee system is still to be defined. The ballot paper actually says ‘committee or committees’, so you can expect squabbling over what committees are set up, which party chairs what committee, who the ‘Council Leader’ is, confidence votes every time whoever is leader is seen to have done the wrong thing by any of the other three parties – or four if the Knowle Community Party is still in existence.

While we will be keeping all-out elections regardless of the referendum result, on their own they will not protect Bristol from political instability. This is not me prophesying but is based on my own experience of no overall control councils before the mayoral system. Those calling for a committee system are attempting a cynical and selfish power grab because they don’t believe they can win a mayoral election. If they get their way, the ultimate losers will be the people of Bristol, because nothing will get done.

The mayoral system is geared towards finding solutions. Councillors do make decisions and can get stuff done under the mayoral system. I should know – sitting on a planning committee gives me a real say in how the city is transformed. I can look at the skyline of Bristol and see the developments I helped enable. The best part of the job is working to achieve things for your constituents.

Because we have a leader directly elected by the people of Bristol, we’re spared the instability of constant regime change that we had in the past and will get again if Bristol continues to not give one party overall control of the council.

Many changes in the world, like climate change, will need city and regional responses, and Bristol needs a leader around the table. If nobody knows who our leader is after 2024 that just won’t be possible. Bristol has been influential in the Global Parliament of Mayors on this issue and others.

Global Parliament of Committee Chairs, anyone? I didn’t think so.

At present, Bristol’s 340,000 voters can all have a say in who runs Bristol, hiring and firing a transparent city leader who is directly accountable to the people. So why are the other parties trying to take this away and have who elects the (temporary) leader reduced to a maximum of 70 councillors? Thirty-six councillors will be enough to elect a council leader. Having a city leader elected by only 36 councillors will mean chopping and changing as councillors from rival parties inevitably fall out.

Some claim having a metro mayor means Bristol doesn’t need a mayor of its own. However, while a metro mayor brings extra government funding and enables regional issues like transport to be dealt with more effectively, how will Bristol be heard if not even the metro mayor knows who is speaking for Bristol from one day to the next? Do we really want Bristol side-lined when decisions are being made about transport, housing and so on for the region? The same goes for government funding. If we replace clear leadership with squabbling, not only will we not get extra government funding, we won’t even agree what to bid for.

Ultimately, this is about what kind of city we want to be. Do we want to be outward-looking, addressing problems like housing, transport and the climate effectively and working globally with cities facing similar challenges to our own, or do we want to drop out of all that and turn inwards?

They used to joke about Bristol being the graveyard of ambitions, but please, not again.

As Nigel Costley, Regional Secretary of the Trade Union Congress, posted on Twitter, ‘If you want to speak to Bristol, who are you gonna call? The answer has to be better than a committee of warring Councillors’. Exactly.

Let’s put Bristol’s priorities ahead of gestures, political point scoring and talking shops. Let’s keep our place as a global city, not retreat into being little more than a bickering town council. We deserve better than that. Let’s turn out and vote to reject the committee system, retain the right for all of us to hire and fire the city’s leader and turn our energies on getting things done.