Eugene Byrne ‘Are You a Member of Bristol’s Elite? Take Our Simple Test to Find Out.' 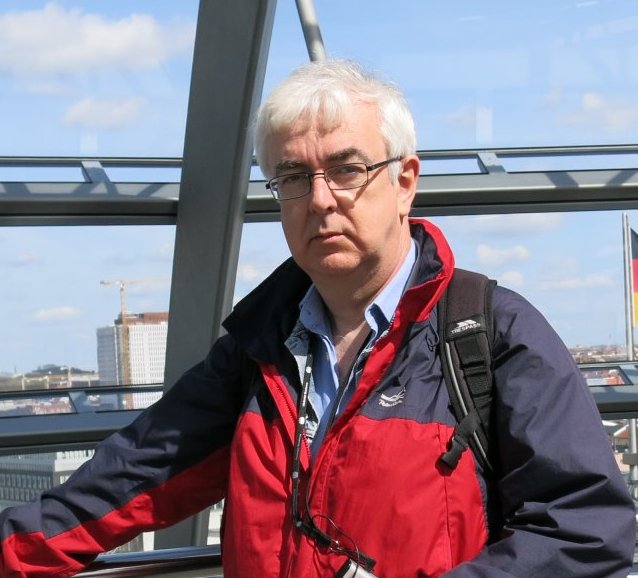 Eugene Byrne is a Bristol-based author, historian and journalist. He has written several books on Bristol’s history, including The Bristol Story (with artist Simon Gurr) and a brief history of council housing in Bristol (with artist Anthony Forbes). He edits the Bristol Post’s ‘Bristol Times’ local history pull-out.

Who’s in charge here? Where does real power lie in Bristol? With the mayor and the council? The West of England Combined Authority? Business leaders pulling strings behind the scenes and enjoying agreeable dinners at Merchants’ Hall?

The universities, the media, a couple of online commentators, the amenity societies, charities and pressure groups? Anyone else?

How very different from the good old days (c 1300AD to sometime in the second half of last century) when the city was run by a small elite at a very gradually shortening arm’s length from London.

From the days when the few Bristolians who could write had to do so with feathers, up until about the time everyone started using ballpoints, Bristol was run by an oligarchy of wealthy men elected by a small and largely property-owning electorate, or, in the case of aldermen, elected by themselves.

Until about World War One, the Mayor, later Lord Mayor, wielded considerable influence by virtue of the office and because he fell off his chair at the same piss-ups as the rest of the gang. (Women Lord Mayors didn’t come ‘til later.)

The gang attended the same functions and funerals, and encouraged (or forced) their children to intermarry. By Victorian times, their wives sat on the same charitable committees trying to improve the moral and material welfare of The Poor.

Sure, as Liberals and Tories they fought like dogs, but they knew which side their roast swan was buttered on. They suspended historic differences to tell the proles that the kindness of rich men was better than socialism, and that Colston was the kindest of them all. Between the wars they dissolved those same differences pretty much overnight to form the Citizen Party in the face of the existential threat from the Labour movement.

The widening franchise, which eventually gave all adults the vote, made surprisingly little difference. Even in the mid-twentieth century many councillors and aldermen were still wealthy business figures. Labour members might live in council houses (though many didn’t), but were often also influential trade unionists, and/or sat on committees and quangoes with budgets and decision-making powers devolved by an interventionist state. Behind the party labels was a surprising amount of consensus in the first few post-war decades.

Bristol City Council was also more important than it is now, perhaps reaching peak importance in the 1970s (-ish). By then it owned docks and an airport and employed an immense workforce. In those days we still had public toilets and litter was collected by council employees rather than pensioners in yellow vests.

The council was also landlord to almost half the city’s entire population.

Successive governments have forced the sale of council assets and stripped powers and funding from local authorities everywhere.

By the early noughties, the increasing volatility of the local electorate – as well as elections in three years out of every four – produced a number of hung councils. This was one reason why in May 2012 Bristolians voted in a referendum to have an elected mayor with executive powers.

Some 24 per cent of eligible voters cast a ballot, and many voted against. Factor in those not registered to vote, and the back of this fag packet says that maybe a tenth of the grown-ups in Bristol wanted an elected mayor.

The turnout later that year when George Ferguson was elected mayor was 28 per cent of registered voters.

So Bristol is still run by an elite; the third or so of the electorate who vote in local polls. Voters in affluent wards will turn out in numbers; those from poorer wards, not so much.

The difference between local elections now and pre-1918 is that in former times most Bristolians didn’t vote because they weren’t allowed. Nowadays it’s because they can’t be bothered.

If you plan to vote in the forthcoming referendum, you are part of the modern elite. You can protest that you’re on benefits and reading this article by the light of your last candle, but no matter.

Your invite to join the Society of Merchant Venturers is not in the post unless you’re rich (or unless the Merchants decide they need to tick a shedload of post-Colston diversity boxes), but you’re obviously invested enough in public life to play a part in it.

The story of Bristol’s elected mayors thus far is mostly the tale of two very different people, Marvin Rees and George Ferguson. Both quickly became well-known to most Bristolians, voters and non-voters alike, and both became the focus of numerous local issues. In office, they were far better known than most previous council leaders.

Now whether or not we keep elected mayors, Bristol’s leaders will be chosen by a self-selecting minority unless some issue arises to mobilise more non-voters.

If you consider this a problem, a ‘democratic deficit’, then elected mayors, as highly recognisable figures, might, just might, be able to cut through to those non-voters at some point in the future.

Sure, we can revert back to the old system of the biggest party taking control, appointing a council leader and committee chairs. Nothing wrong with that, though it’s a system almost designed to enthuse few of us. The voters of Henleaze and Westbury-on-Trym will have a bigger say than those of Filwood or Lawrence Hill.

If that’s a problem, we might be better off keeping elected mayors.

If you don’t think it’s a problem, well, welcome to the elite, comrade!