Why a Committee System will Overcome Political Tribalism Emma Edwards 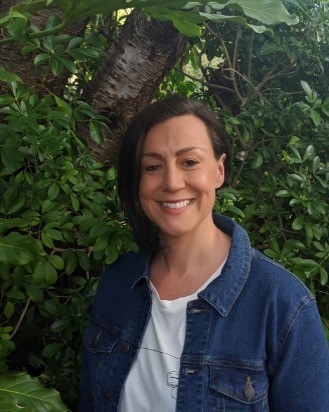 Emma Edwards is a Bristol City Councillor for Bishopston and Ashley Down. A member of the Green Party since 2015, she stood as a candidate at the city council elections in 2020. She has run her own business for ten years, is a diversity trainer and has worked and volunteered with many local groups, charities and organisations.

This time last year I was on my first campaign trail as a Green candidate. Around this time, I asked a friend in the party, who was well into her first term, what I should know if I was to win. The phrase ‘the learning curve is a vertical line’ has stayed with me since. While I have never been naïve about politics, I may have been naïve to what being a councillor under the mayoral system, meant.

The Green Party has always used ‘environmental and social justice’ as a maxim of our policies. We are also very much a party of economic justice, championing Universal Basic Income, rent caps and nationalisation of key services. The Labour Party has historically championed itself as a party of economic and social justice, but in recent years has recognised that you cannot have those without environmental justice as well. My sunflowers and roses vision of two such parties working together for the common good as the two largest groups on the council may have been naïve, but surely it wasn’t deluded?

When the mayor announced his cabinet back in May 2021, entirely made up of Labour members and no Greens, we were not shocked, but many were disappointed. Not necessarily because of a burning desire to be in Mayor Rees’ inner circle of trust, but because it was a sign that working together may be harder than we thought.

My vertical education continued as I started getting into the cycle of being a councillor: listening to residents, identifying problems, finding solutions, and implementing them. It was only then that I found that this structure is not only a series of hoops to jump through – which I believe it would be under any system – but then if ringmaster says no, you can find yourself face down in the sawdust.

Residents’ Parking Zones for example. With a new train station opening this year in my ward, residents were concerned that their streets, already clogged with pavement parking, were going to get worse, and could they have residents parking, please? I checked with local community groups and councillors, and yes, studies had been done to show support of them. I and many other Green councillors asked the mayor to implement more RPZs and each time we were told, no. This has also been the case for issues such as secondary school places, Liveable Neighbourhoods and school streets. On average there is roughly a one in ten chance of getting a positive response to our questions. When voting in full council to have a mayoral referendum, it was these processes I had in mind when deciding my vote.

There’s no point in making this referendum personally about the current mayor. This is about a political structure that has allowed all of the executive power to be weighted towards one person and a handful of councillors of their choosing. Because this mayor is attached to a political party, unlike his predecessor, he has the power to create a powerful administration comprising his own, even though there are an equal number of Green councillors to Labour, and 22 councillors from other parties. Imagine if Westminster were made up of an equal number of Tories and Labour MPs, yet Boris Johnson still got to be Prime Minister with an all-Tory cabinet. I can’t imagine many Labour supporters being happy with that.

Prior to us having a city mayor, we had a leader and cabinet system. As Greens we don’t propose going back to that. Instead, we favour a modern committee system where councillors run the city proportionally, spread out across numerous committees with various portfolios. Committee chairs would be allocated by number of councillors per party. This would enforce more cross-party cooperation, as councillors work together on areas of interest, representing their wards and parties and having to come to a consensus on each issue. It has been my experience so far that in committee settings, members tend to get on better with each other than they do in the higher-pressure glare of cabinet and full council, so this makes me hopeful.

No political system is perfect. The Green Party has always favoured committee systems over mayors and cabinets. Democratic reform is a core tenant of our policy. Our own party is run by committees, our leaders have less executive power than other parties, and we are strongly in favour of proportional representation in Westminster. However, this often means issues are drawn out and our disciplinary and policy-making processes can often feel convoluted. Applying this system to the running of a city is going to mean some processes take longer, without a doubt. However, I think, with time, these issues will improve. Because first and foremost the committee system crushes political tribalism; councillors from different parties must work together, and once you work together you find more common ground. Political stalemates such as those we saw recently at the budget meeting would be less likely. To quote my fellow Green Councillor Tom Hathway: ‘[the budget meeting was] a pretty solid argument for the committee system. We had a few hours of healthy debate, passed some good amendments with cross party support, and the whole thing is canned by the mayor.’

I believe if we can break down some of the political tribalism in Bristol, we will achieve so much more. I think across the parties, councillors have more in common than not. I look forward to working with other parties in this way, hopefully achieving so much more for the city.