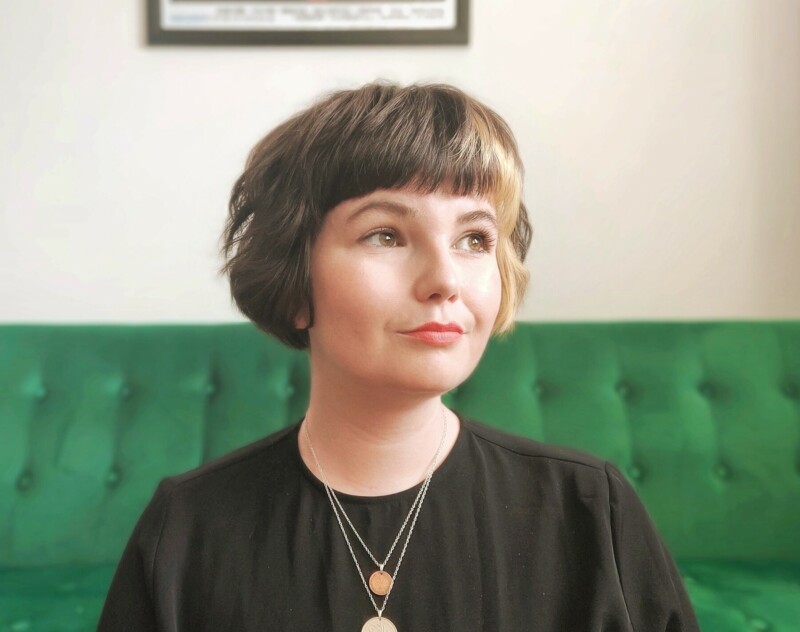 Since the birth of cinema sceptics have heralded its death, and that supposed death has never seemed more real or closer than in the past year.

Independent cinemas and film exhibitors have stared the realities of the pandemic in the face, with venues closed during lockdowns, a constantly changing calendar of new-release films, and the very fabric of cinema, of being able to come together, becoming impossible. But even though the light of the projector might be dimmed momentarily, the light that cinemas have brought and bring to my life will never go out.

Until the age of 15, I had never stepped over the threshold of an independent cinema. Until I had crossed that doorway, I had no concept of what an independent cinema was. I had never felt the unrivalled joy of viewing thoughtful, challenging and entertaining films with others in spaces that care about their audiences and the films. Growing up in the East End of Glasgow my cinema options had been firmly planted in the one multiplex attached to an ageing shopping centre, with alternative viewing experiences being offered solely via television and VHS, later DVDs. My first trip to an independent cinema was thanks to my English teacher, free cinema tickets and free council-provided bus travel. No longer than a week later I became involved in film programming and have given the past 12 years of my life to the independent film exhibition sector of the UK, working in cinemas, film festivals, film clubs and everything in between. All the time knowing that my peers – nearly everyone I interact, collaborate or argue with – do not share the understanding of what it is like to be the working-class ‘disadvantaged audiences’ the sector so frequently speaks of.

The geography of my early teen years, spent predominantly in a secondary school which shared walls with Scotland’s largest prison for no discernible reason other than lackadaisical urban planning, lacked organic hope or opportunities for anything beyond the boundaries of the East End, and certainly nothing outside Glasgow. Cinema offered me an escape, not through beautiful films, but practically through opportunities, connections and prospects far beyond what I could access in my own context. My journey, particularly in the teens and early twenties, was a mix of necessary supportiveness from a sector critically lacking in young voices and exposure to harsh realities. These realities often related to how limited my knowledge of middle- and upper-class lifestyles was and the impact these experiences, totally outside of my own frame of reference, have in getting by in the sector. It’s one thing to be able to ‘understand’ films, an almost universal virtue of the egalitarian art form; it’s another to understand the sector which facilitates them.

Some of these experiences serve as mere comical anecdotes, including 17-year-old me attending an industry roundtable where a British Film Institute (BFI) representative said young people watch foreign films so they can think about where they would like to go on their gap year, or the subsequent tongue-in-cheek denial by the BFI’s Head of UK Audiences that he could have made this statement when I recalled it years later on social media. To quote the famous Scottish proverb, ‘well it was one of yous’. Although the sum of my experiences, learning the creative and emotional craft of choosing films alongside the intellectual and administrative undertakings of bringing them to audiences, has been positive I am reminded, daily, that 12 years on I have yet to come across another working-class young woman from the East End of Glasgow in the sector. And in reflecting and continuing to experience less positive situations – continually high ticket prices, exclusionary employment practices and selective attitudes to access improvement – I understand why this is the case. If cinema is a machine that generates empathy, why is exhibition, the cogs of the machine, so lacking in it?

Informed by my learnings in my initial years in the sector I have carved a small but mighty niche speaking on and to young people and the special ‘hard reach’ margins within them. I’m uneasy but empowered by the knowledge that being ‘young’, ‘woman’ and ‘working class’, in that order, ticks boxes when it comes to visibility. Having to constantly retell and reframe my own experiences, having to lay bare the struggles of being working class – which ultimately can be summarised as not being able to afford the cost of cinema tickets let alone opportunities in the sector – in order to garner understanding from those with power to implement change is tiresome. But it is necessary to ensure that if and when other young working-class people look at the sector they can see and hear voices that represent them already playing a role, already demanding change. And despite all of this, cinema and film exhibition have defined me, they have shaped my adult life.

Cinema at its best brings people together. It unites people through experience, aesthetics and emotions, and if the momentary loss of cinema as we knew it has shown us anything, it is that cinemas are unique and invaluable spaces in people’s lives. In being gifted the privilege to view films cheaply or freely in my local independent cinema and subsequently in beautiful, odd and endearing cinemas across the UK, I have truly known the impact cinemas have, alongside films and in their own right. It is from this understanding that I am able to so heartfeltly demand the sector does better because I have known it at its best. I have sat in darkened cinemas gasping as credits roll, crying over the death of an 80-year-old leaving behind her 20-year-old lover, laughing grotesquely at mumblecore turned body-horror drama, sharing astonishment with a packed room of fellow Nicolas Cage fans that he’s done it again, and blinking deeply into the final moments of the projector lighting up the screen to ensure I capture every second of heartfelt emotion.

The multitudes of emotional experience that cinema offers up, its ability to transport and transform by exposing us to stories, lives and moments far beyond our own may be the headline of cinema but it is not its totality. Films have played but a small role in how cinema has had an impact on my life and the ways in which it elevated my own expectations for what working-class people like myself should expect from the arts. Having the chance to delve into the sector, finding my passion as a film programmer when mere months before I had no concept of that job existing, allowed me to take on a trajectory I could not have imagined otherwise. And I feel so grateful for that access, which has taken me around the UK and around the world. I have screened films in the Barrowlands in Glasgow and the favelas of Manaus, but I still feel the sector’s missing pieces.

Working-class people should not have to feel grateful for the rare and far between opportunities the few of us are allowed. The sector should go beyond recognising these voices, and the voices of Black people, disabled people, D/deaf people, people from ethnic minorities, LGBTQ+ people, and anyone else outside of the white able-bodied middle-class established norm and turn to meaningful and effective action. No matter how close the cinema screen can bring representation of diverse voices, if this is not reflected in those actually bringing these stories to audiences the gaps will persist. Ken Loach cannot carry the weight of all working-class representation any more than I can.

I do not know what the future holds for cinema, but the uncertainty of the present is not necessarily a negative. Real harm will be done if smaller independent exhibitors and cinemas with genuine commitment to developing the exhibition sector alongside audiences are allowed to perish. But I am hopeful that a brand new landscape for and of cinema promises more than it threatens, especially if the sector commits to real change. I look to the next 12 years with the hope that come 2033 there will be many young working-class women from the East End of Glasgow who can challenge my own perspectives and allow me to finally retire as the go-to mouthpiece for working-classness.

Megan Mitchell is a film programmer and event producer. She began working with Sean Welsh as Matchbox Cineclub in 2017. She is currently undertaking a PhD researching the role/s of independent cinemas in the age of on-demand, in partnership with Watershed. She is the co-founder of Europe’s biggest and longest-running Nicolas Cage film festival (Cage-a-rama) and the world’s first-ever film festival dedicated entirely to Keanu Reeves (Keanucon). According to Deborah Foreman, Mitchell is the universe’s foremost Valley Girl (1983) academic.

Audio Recording
Listen to an audio recording of Megan Mitchell reading her essay at the SoundCloud link below.

THIS ESSAY is included IN OUR FILM2021 BOOK WHICH WE PUBLISHed IN OCTOBER. THE BOOK IS FUNDED BY THE NATIONAL LOTTERY HERITAGE FUND. THE AUTHOR RETAINS COPYRIGHT AND TEXT CAN NOT BE USED BY OTHERS WITHOUT Her PRIOR PERMISSION.