On Inception and the Dream of Reality Jules Evans 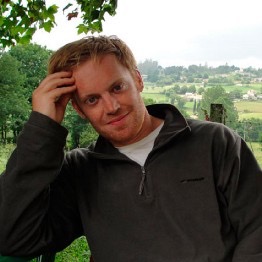 There is a certain state of mind, call it dissociative, mystical or psychotic, when the unreality or uncanniness of ordinary reality feels suddenly revealed.

Maybe it’s a moment of déjà vu, or an absurd coincidence, or something so surreal it undermines your faith in the real. You ask yourself, is this a dream, a fiction? Am I in a movie?

There are also some movies that evoke and explore this mental state, drawing attention to their own fictionality, creating dreams within dreams. The Truman Show, Solaris, The Matrix, Inception.

They go back to one of the oldest ideas in Western philosophy, from Plato’s Republic. Plato suggested that humans live in a world of illusion. He uses the metaphor of a cave – we’re all sitting in the cave, watching shadows on the wall and thinking they’re real. We’re all in the movie theatre of our ordinary ego-mind. But we can wake up, he said, get out of our seats, and walk towards the green exit sign into the daylight of reality.

But what if this too is a dream? Once we start to think we’re in a movie, how can we ever be sure of anything again? Sometimes, psychedelic drugs can take us into this dissociated space. The first psychedelic therapy clinic in the UK just opened in Bristol, by the way, offering ketamine-assisted therapy for alcoholics.

One of the pioneers of psychedelic therapy, Timothy Leary, describes how, the first time he took LSD, he felt like he was on a TV show. Everything seemed fake, plastic, unreal in the ‘magic theatre’ of his mind. He says that trip gave him a ‘deep ontological shock from which I never fully recovered’.

In 2017, I travelled to the Peruvian Amazon to take part in an ayahuasca retreat. Ayahuasca is a potion made up of two psychedelic plants. Many Amazon Indian tribes drink the potion to heal themselves and open them up to the spirit world.

The actual retreat was extraordinary. A group of 20 of us took the potion five times over ten days. There is a lot one could say about ayahuasca but the best way I could describe it is as an intelligent virtual reality machine, which manages to penetrate deep into your subconscious and detect your most toxic beliefs and painful memories — not over years of therapy, but instantly. Imagine it somehow intuits what you need to learn in order to grow, then conjures the idea or experience in front of you with all the skill of a genius theatre director. It helps you confront it, feel it intensely, learn from it and then purge it.

Imagine the intelligent machine somehow responds in real time to your mind, so that a terrifying monster instantly transforms into an ally if you can bring to mind the appropriate intention. Imagine, all around you, members of your group are plugged into the same intelligent machine, and sometimes your virtual realities overlap, so you appear in each other’s visions, help each other and purge for each other. The intelligent machine gives you a glimpse of a reality beyond the individual self, beyond the body, even beyond death. Now imagine that this incredible technology grows wild, can be picked for free, and connects you to the awesome intelligence of nature.

It’s a magic theatre of pain and purgation, in which you are both the subject matter and the audience. Who is the director? What is this awesome intelligence you encounter? That’s a difficult question, one we face all our life: who are ‘you’, really? The psychiatrist R D Laing wrote:

Ask yourself who and what it is that dreams our dreams? Our unconscious minds? The Dreamer who dreams our dreams knows far more than we know of it. It is only from a remarkable position of alienation that the source of life, the Fountain of Life, is experienced as the It. The mind of which we are unaware is aware of us. It is we who are out of our minds.

I felt very happy at the end of the retreat. My heart felt extremely open and connected to my fellow retreat participants. But I got into trouble back in the real world. My heart froze shut, I felt very disconnected from other people, time started to feel strange, and I started to wonder, ‘is this real?’.

I had some buried trauma from my adolescence and had partly decided to take ayahuasca to try and process this trauma. But I expected any difficulties to happen during the retreat, while I was on the drugs, not after it. How long would this last? When would it end?

I’d booked a trip to the Galapagos Islands immediately after the retreat. I thought this would be a nice place to relax and integrate the experience. But taking three flights right after a psychedelic retreat probably wasn’t the best idea. On that journey, I decided that I wasn’t in ordinary reality.

I decided this partly because the reality I was in felt so strange. Time, in particular, stretched out weirdly. Other people seemed strange. I guess above all my own state of mind was dissociated, and this was making the world seem unreal.

I arrived in Puerto Ayora and walked down the high street. Every sign or advert seemed to affirm my sense of unreality. ‘Welcome to your dream holiday.’ ‘Galapagos – it’s paradise.’ I even passed a museum exhibiting a display of shrunken heads, which set me off wondering if I was in a fake reality created by the shamans to entrap me for ever.

I found a hotel and booked a room, walked out onto the balcony, and smoked a cigarette, looking out onto the sea. Cigarettes were about the only thing keeping me together. Then I heard a great retching sound, like someone being sick on ayahuasca.

I looked down, and there were two seals sprawled out on sunbeds like tourists, bellowing. Around them waddled grotesque black iguanas. This isn’t real, I thought, not for the first time.

I tried to work out what sort of alternative reality I was in. I decided it couldn’t be a dream, they didn’t last for days. The only other possibilities I could come up with were that I was in a fake reality created by an evil shaman (what Descartes called the ‘evil demon’ theory of reality), or I was in some sort of bardo limbo state. Perhaps I was actually in a coma back in the UK and imagining all of this. Again, this is a scenario various films and TV shows have explored, like Vanilla Sky and The Singing Detective.

I would get texts or photos from my family, but I assumed they weren’t real, they were constructions from my imagination. I’m dead, I thought. I’ll never see my family again.

My best friend, Louisa, texted me to ask how I was doing. I told her I wasn’t sure what was real. She sensibly said I didn’t sound well and should come home to the UK. So, I did. Three more flights, all the way thinking I was in a fake reality.

It was quite a journey, full of bizarre occurrences and obstacles. I started to feel like Truman when he tries to leave his island, and everything conspires against him.

But finally, I got onto a flight back to Europe. I was amazed at the plane. How clever of my subconscious to generate such a realistic fabrication! I even upgraded myself to business class. Why not? Money was an illusion.

Finally, I landed back in the UK at London Airport. There was my friend Louisa waiting to see me. It reminded me vividly of the end of Inception when the hero emerges from his long dream and is finally reunited with his family. But is he still dreaming?

A similar moment happens at the end of Solaris. The hero is reunited with his father in his family home, after his long journey through space and through his imagination. But, again, is he still dreaming? Is he still on Solaris?

I decided to go with it. To act as if Louisa was real. And as soon as I hugged her and smelled her hair, I knew she was. I had faith in this material reality once more. I returned to my senses. Love, basically, brought me back to Earth.

We really do fabricate reality, every day. We are movie-editors of our experience. But this is a collective fiction, not a solitary one. We are together in the magic theatre, making it all up.

And maybe if we do wake up, we wake up together.

Jules Evans is a writer, speaker and practical philosopher. He is the author of Philosophy for Life and The Art of Losing Control.