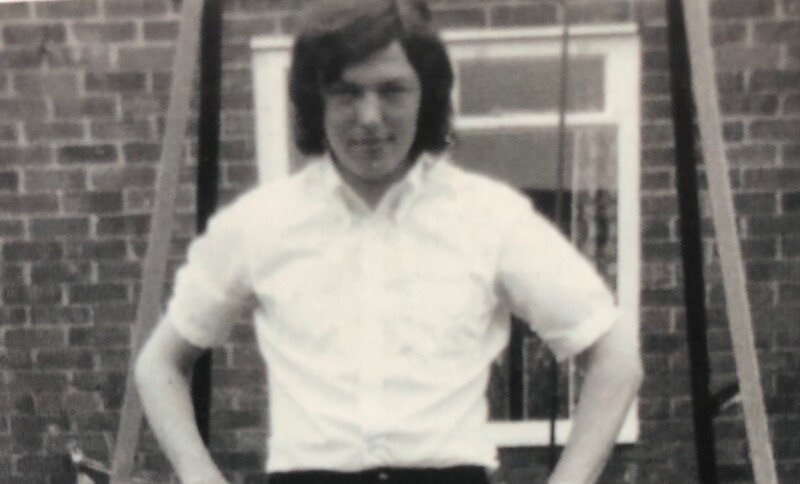 The issues around council housing – its availability, unavailability, its quality and its political salience – have been dominating features of my life, as they were for my mother.

She was the second of 11 children born to an Irish mother and Scottish father in Liverpool at the beginning of the twentieth century. In 1926, when she was five, the family moved into one of Addison’s ‘Homes for Heroes’ at 25 Warham Road, Anfield. Her father (my grandfather) had been wounded in the Great War and never worked again.

That house in Warham Road must have seemed unbelievably luxurious at the time; it was semi-detached with a living room, kitchen, three small bedrooms upstairs, indoor toilet, backyard and a neat little garden between its latched wooden gate and the front door. The reason I can describe it so accurately is that my Aunt Peggy, the youngest of my mother’s siblings, still lives there today. It remains council owned.

My mother left Liverpool aged 18 at the outbreak of World War Two, to work in the NAAFI where she met my father, a lance-corporal who played piano at army concerts. They married in his parish of North Kensington, West London.

I’m not sure if any ‘Homes for Heroes’ were promised after the Second World War in the same way as after the First. Such a home certainly never materialised for my mother. My older sister and I were born into slums condemned as unfit for human habitation in the early 1930s, 20 years before my birth. My mother’s dream was to have her own front door; to escape the multi-occupied premises she’d become trapped in (my father having departed the scene when I was a small child) where at least one family occupied every floor. There was no electricity, no running hot water, no bathroom and no toilet save for the awful, decrepit ‘kharzi’ in the tiny backyard. The walls were damp, doors misaligned, windowpanes cracked and potato sacks served as curtains.

We lived in Southam Street, a road immortalised by the renowned photo journalist Roger Mayne in a series of photographs taken between 1956 and 1961. He recorded both the squalor and the vibrancy of life there; the spirit of survivors inhabiting the uninhabitable.

Like everyone else in Southam Street, my mother rented. The lucky ones like us rented from a Housing Trust: the unlucky ones rented from gangster landlords like Peter Rachman.

The only hope for occupants of slums like these in London, Manchester, Bristol, Glasgow, Cardiff and every major city in the UK was to be offered a council house. Such an offer usually preceded the coming of the bulldozers which, in North Kensington, cleared the space necessary for the construction of high-rise towers such as Trellick and Grenfell.

For my mother, the bulldozers arrived too late. The offer of a council house in Welwyn Garden City came two weeks after her death. Suffering from a serious heart condition made worse by the damp conditions we lived in, the slums had contributed to her early demise.

But for me and my first wife, the offer came only a year after we were married. When the road we lived in, off Ladbroke Grove, was being demolished to make way for the A40 extension into London, we received a ‘take it or leave it offer’ to either move to a council house in Slough, 30 miles away, or find our own accommodation.

We moved, with enormous gratitude, to an end of terrace, three-bedroomed house on the Britwell estate similar to the one my mother had moved into as a child in Liverpool, except that we had a lovely garden with an apple tree at the back rather than a concrete yard.

We lived there for 20 years, raising three children in a strong community, safe in the knowledge that, as long as we paid the rent on time, we would always have a decent home to live in.

We’d been on the Britwell for more than ten years when the Thatcher administration introduced the Housing Act 1980, providing subsidy for council tenants to purchase their homes. For us and our neighbours, the debate over Right-to-Buy wasn’t some dry academic discussion about the role of social housing and the virtues of a property-owning democracy. The effect around our neighbourhood was immediate and profound.

I remember a friend, Robert from two doors down, demolishing my carefully constructed argument that this was a bad policy that would have serious consequences for future generations. Robert asked why we should spend the rest of our lives paying rent that would eventually exceed the value of the house, only to see the homes we’d cherished through the decades handed over to somebody else when we popped our clogs.

My first wife and I didn’t exercise our Right-to-Buy but didn’t feel morally superior to those, like Robert, who did. It was an offer that was very difficult to refuse, particularly as many who accepted were convinced that the money paid to purchase their council house would eventually be used to build new ones.

For me, the memory of my mother’s dream of her own front door and the serenity that the allocation of a council house had brought to my life always made the issue of council housing more personal than political.

THIS ESSAY WAS FIRST PUBLISHED IN 2019 AS PART OF THE HOMES FOR HEROES 100 PROGRAMME. Alan Johnson is a former home secretary and Labour MP. He is the author of This Boy, Please Mister Postman, The Long and Winding Road and In My Life: A Music Memoir. Photo: The Author at his home in Slough, C1970.