My Life on Screen Roger Griffith 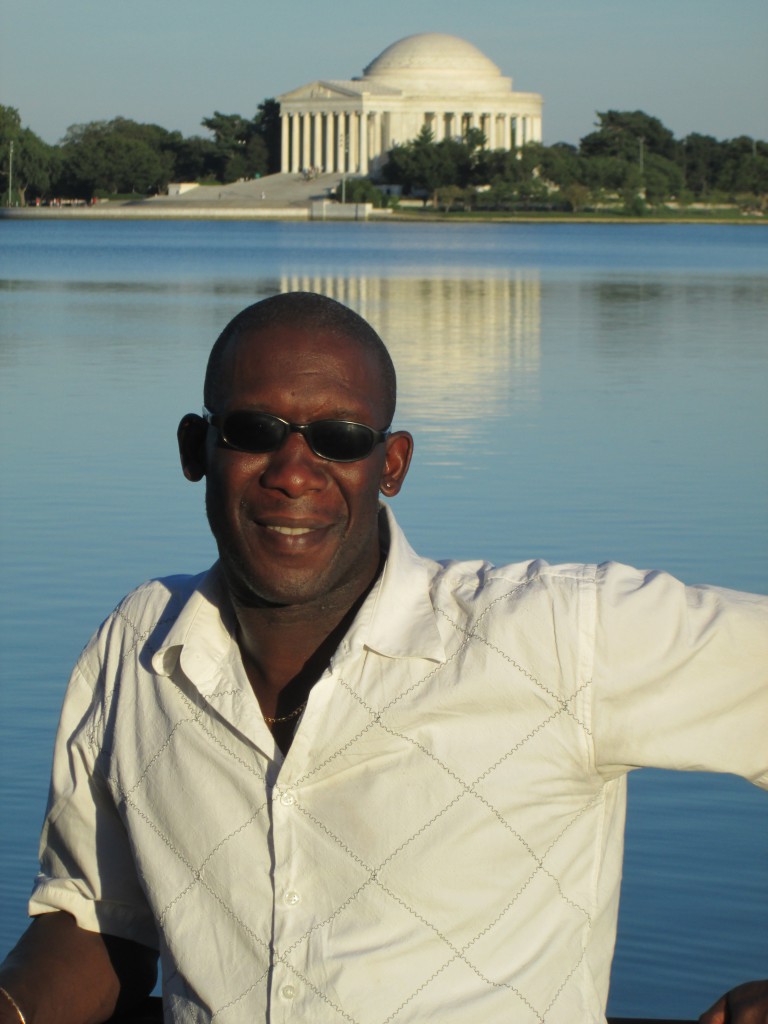 Film has played a key role in my learning, development, career and activism.

It has helped me formulate ideas, create a bank of memories, forge friendships and develop philosophies. It has provided inspirations that have illuminated my world and given me a new language with which to interpret it. My treasured cinematic moments have taught me about feelings and made dreams come true. Writing has given me the means of expressing myself and defining my Black identity, but film-watching laid the foundation. Exploring countless portrayals about race and racism has helped me understand the world around me.

Ever since D W Griffiths’ 1915 The Birth of a Nation, the portrayal of Black men in film has been used to demonise those who looked like me. Until relatively recently we have been denied a space to reply, educate or inform. Our response has been led by Spike Lee’s urgency, Ava DuVernay’s craft and Steve McQueen’s storytelling. Their legacy will influence future film-makers, activists and audiences in ways that were absent from my formative years. Growing up and watching scenes of racism depicted on screen stopped me thinking I was going insane. Merely denying racism’s existence does not eradicate it. In Babylon (1980), Do the Right Thing (1989), La Haine (1995) I saw I was far from alone. Their anger at the injustice and isolation from different parts of the globe connected me to something much bigger than me.

We did not need serial killers and ghouls to understand evil. Portrayals of the transatlantic slave trade stirred trauma. Oral community storytelling warned us to fear the police who were supposed to protect us from skinheads. The news reports of murdered teenagers were not slain in horror films but in the New Cross fire, where 13 died and nothing was said. Or in the murder of Stephen Lawrence, where the prime suspects ran free and hid in plain sight.

From a screenwriter’s imagination, a director’s artistry or an actor’s skill the big issues had an impact on me, such as subjugation, social justice and colonialism. Next came the subtleties where I gained clues to life beyond the silver screen about sexuality, gender, masculinity and loyalty. These perspectives gave me answers to questions I never knew I needed to ask.

My cinematic journey began with Saturday matinees and graduated into double-bills. Kissing in the back row would be paused lest you miss the real action from a plastic shark or an alien bursting from a chest. Queuing around the block to view battles in galaxies far, far away soon progressed into sneaking into X-rated movies. Teenage friendships forged in the silence of picture houses have turned into comradeship with the Come the Revolution collective at Bristol’s Watershed.

Growing up in the 1970s, Black-British icons were invisible to my generation. The self-proclaimed first third-world superstar was Bob Marley and his Live at The Rainbow (1977) captivated the globe.

Bermudian Sidney Poitier, though not part of the Windrush experience, embodied it through his screen sophistication. You can transport yourself back to imagine the same indignation burning just under the surface from a Roy Hackett or Paul Stephenson during the Bristol Bus Boycott. Poitier was symbolically chained to a white convict in The Defiant Ones (1958). His slapping of a white bigoted Mississippi sheriff in In the Heat of the Night (1967) caused audible gasps. Poitier even taught in a London comprehensive, To Sir, With Love (1967). These issues of ignorance, acceptance and education are still being grappled with today.

Harry Belafonte and Poitier were my parents’ favourites, keen to get past negative depictions of pickaninnies, minstrels and gollywogs. Denzel Washington became our matinee-idol-du-jour, becoming a pin-up when Idris Elba was still watching his first James Bond movie. Washington’s resumé covers box-office hits, awards and archetypes. Action hero, crooked cop, flawed genius, rebel, absent father, victim of justice and gangster. He also embodied an icon, mesmerising in Malcolm X (1992). In an age of ignorance his performance in Philadelphia (1983) representing a gay man fired for contracting the HIV/Aids virus was memorable. His portrayal replicated many heterosexual men’s fears and all of our shame. I watched Hollywood become a launchpad for previous unknowns to break barriers. Oprah Winfrey and Whoopi Goldberg were elevated by their roles in the ground-breaking The Color Purple (1985) directed by Stephen Spielberg from Alice Walker’s intoxicating novel.

Machismo was mainstreamed into Black culture via Blaxploitation movies. The Blaxploitation era brought sizzling soundtracks and style that would cascade through the generations. Film, fashion, politics, protest and music all fused together, pulsating from the screen. John Shaft strutting down Harlem Boulevard, with a sharp Afro and confidence that I later mimicked from the pavement to the dancefloor. Pam Grier made the no-nonsense Black female figure a symbolic figure. Rapper Foxy Brown took her name from the 1974 film. You can still see this female braggadocio in many of today’s top female Hip-Hop artists. Isaac Hayes with his funky score for Shaft (1971) blazed a trail for scores of Black singer/actors. Curtis Mayfield’s Superfly (1972) soundtrack became an essential anthology of inner-city life. In Steve McQueen’s opus Small Axe (2020) music is an essential backdrop displayed in blues parties, record-shops and sound systems.

Reviewing my masculinity, some of the worst toxicity arrived in various inner-city tales and ghetto stories. Ignoring the ‘thugs and drugs’, ‘gangsters and girls’ tropes, a few films stand out. Reported to be Malcolm X’s favourite film, Nothing but a Man (1964) showed the complexities of family struggles, fighting racism and battling poverty. Seeing Laurence Fishburne give an on-screen version of ‘The Talk’ to his son played by Cuba Gooding Jr in John Singleton’s seminal Boyz in the Hood (1991) still moves me. Jimmy Cliff’s star-turn in The Harder They Come (1972) was my first inkling that there was a tough side to the Caribbean idyll that my parents called home. The last of the Black-British ‘hood trilogy, Brotherhood (2016), began to examine the consequences of crime that Bullet Boy (2004) first revealed. Sadly, this was too late for some around me unable to walk the line between reality and fiction. Barry Jenkins’ Moonlight (2016) tenderly blurred the lines between sexuality and hyper-extended masculinity. Isaac Julien’s prescient Young Soul Rebels (1991) segued together issues of race, class, violence, homophobia and Black-Britishness.

The biopic provided great insights into Black history. Cry Freedom (1987), featuring the murder of activist Stephen Biko, provided background to Apartheid South Africa. Hidden Figures (2016) literally uncovered the story of Black female NASA scientists. The memoirs of Solomon Northup told in 12 Years A Slave (2013) remain essential to remind us of human horrors from history that some are anxious we forget. One moment in time can be retold to illuminate history such as Dr King’s role in the Civil Rights story Selma (2014).

For those like me seeking true-life testimonies the documentary provides rich fare. Two of Spike Lee’s documentaries changed my life: 4 Little Girls (1997) about the murder of four girls at Sunday school in Birmingham, Alabama and When the Levees Broke (2006), the story of how a natural disaster turned into national disgrace. I have visited the church on several occasions where the four girls were slain, each time staggered by the barbarity of the crime. I have also volunteered in New Orleans on a Hurricane Katrina home-rebuilding programme called lowernine.org, gaining lasting friendships in America’s most vibrant city. Raoul Peck showed great skill in developing a narrative strand to the complex life of James Baldwin in I Am Not Your Negro (2016). For sheer educational value as an indictment to the mass incarnation of Black and brown lives, 13th (2016) is peerless. When We Were Kings (1996), the story of a world title fight involving Muhammad Ali in the African jungle, a concert, a monsoon and shady deals, is beyond fictionalisation. The exploitation and implosion of hope in Hoop Dreams (1994) is still heart-breaking.

Black Panther (2018) broke new ground not just in the superhero universe, sparking imaginations at seeing an uncolonised Africa. At Afrika Eye (the South West’s biggest celebration of African cinema and culture) I have enjoyed a range of films. Julie Dash’s Daughters of the Dust (1991) carried images of African aesthetic that Beyoncé would later emulate in Lemonade (2016). From Zambian/Welsh director Rungano Nyoni came the inventive I Am Not a Witch (2017). One of the best family films is Queen of Katwe (2016). African actors continue to garner accolades, such as Lupita Nyong’o and from the diaspora John Boyega’s stunning reveal as a Black stormtrooper in The Force Awakens (2015) was genius. Surnames Ejiofor, Oyelowo and Kaluuya are now global favourites. Amma Asante’s imaginative filmmaking – Belle (2013) and A United Kingdom (2016) – has shown new ways of retelling British history.

Jamie Foxx was the first Black lead to star in a Pixar film in the bold Soul (2020). Laughing at extraneous circumstances really does help. Possessing sharp wits and wisecracks to deal with racism are essential tools. Richard Pryor and Eddie Murphy have delivered comedic value and depicted camaraderie that launched scores of Black buddy movies. Too often the Black rom-com has been undervalued with trauma and tragedy seen as a safer investment. The rom-com heart still beats and charms as seen in Radha Blank’s wonderful homage The 40-Year-Old Version (2020).

We have moved on from Hattie McDaniel’s dignified acceptance speech for her role as a maid in Gone With the Wind. Lived through the #OscarsSoWhite controversy and finally seen enlightened progress in the Black Lives Matter era. Clemency (2019) and Just Mercy (2019) have encouraged recent reforms of the death penalty in Virginia. Viola Davis’ performance in Ma Rainey’s Black Bottom (2020) surely moves her to legend status, which we bestow posthumously to her co-star Chadwick Boseman. Naomie Harris has shown us we can play crack mothers and a kick-ass Moneypenny. There has been a renaissance of independent Black-British film-making that was pioneered by Horace Ové’s Pressure (1975) and John Akomfrah’s Handsworth Songs (1986) and The Stuart Hall Project (2013). The subtlety, diversity and ingenuity shown in Rocks (2019) and His House (2020) have brought acclaim. Those ‘hood tales show greater depth and dexterity with Blue Story (2019) and County Lines (2019).

There is no going back to stories told without nuance in shades of black and white. The silver screen continues to teach and inform us all to provide inclusive stories in living colour.

Roger Griffith MBE is an author, UWE Bristol lecturer and member of the Come the Revolution Film Collective.

THIS ESSAY WILL BE INCLUDED IN OUR FILM2021 BOOK WHICH WE WILL BE PUBLISHING IN OCTOBER. THE BOOK IS FUNDED BY THE NATIONAL LOTTERY HERITAGE FUND. THE AUTHOR RETAINS COPYRIGHT AND TEXT CAN NOT BE USED BY OTHERS WITHOUT HER PRIOR PERMISSION.