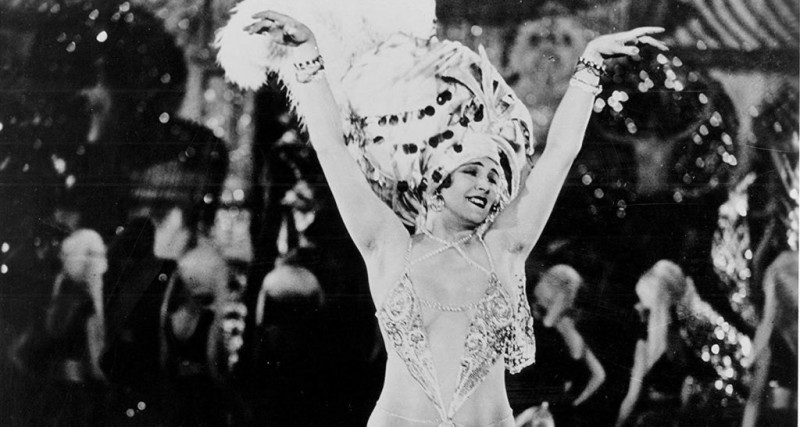 If there was a silent film within E A Dupont’s (1891-1956) film career that anyone would usually highlight within a City and Silent Film season it is more than likely that many of them would decide on Dupont’s celebrated London based pre-film noir (and it really is a film noir) Piccadilly (1929).

But, when it comes to South West Silents screenings we always try and present something different. Sometimes we go out of the way to screen a film that either rarely gets shown on the big screen with live music or a film that we ask our audiences to re-examine. In this case, Dupont’s lesser known Paris-based film Moulin Rouge (1928) was the title we ended up with.

Now Moulin Rouge might not be Dupont’s greatest film but that doesn’t matter. What is key when it comes to viewing Moulin Rouge is looking at the way in which Dupont and his team have been able to showcase a city like Paris within the confines of a British film studio in the 1920s, in this case, Elstree Studios. What we find within the first few minutes of the film is the glamour and excitement of the Moulin Rouge; we have fast edgy cutting intertwined with movement and energy. Every moment is engaging us with a world where… everything goes.

Shot by German born Werner Brandes (1889 – 1968) the film’s cinematography, like its direction, is incredibly radical for its time, something which the director had first picked up when making his last German film Varieté (1925) and something that he would continue after Mounlin Rouge with Piccadilly. Dupont and Brandes are able to bring us a Paris and what the capital is able to offer us via an incredible platform of lights, movement and scale.

Production designer Alfred Junge (1886 – 1964) is another key figure for this film and incredibly important within the first few minutes of establishing Paris and the Moulin Rouge for the film. While we get the energy of the cutting and the cinematography; Junge’s matching of actual footage of the Parisian streets and entertainment is spot on. In fact, Junge’s work is so incredible it is very hard to notice the jump from the footage of the streets of Paris to the actual Elstree studio footage. Like Brandes, Junge was a regular of Dupont’s creative team since Die grüne Manuela (The Green Manuela, 1923) and would conclude with Dupont’s exit from the British film industry for America after the completion of Piccadilly.

It is worth just noting that Junge, unlike Dupont, would stay in England and continue in the British industry, working on celebrated titles as diverse as British horror film The Ghoul (1933) starring Boris Karloff, Jew Süss (1934) with Conrad Veidt, Hitchcock’s The Man Who Knew Too Much (1934) and Young and Innocent (1937). Then (and probably most importantly) he worked on Powell and Pressburger’s Contraband (1940), The Life and Death of Colonel Blimp (1943), A Canterbury Tale (1944), I Know Where I’m Going! (1945), A Matter of Life and Death (1946) and Black Narcissus (1947). He would continue to work in England until his death in London in 1964.

So there is more to Moulin Rouge than meets the eye; for much of the film’s life, it has been very much forgotten and has been shadowed by the more celebrated Dupont production such as Varieté and Piccadilly.  The screening in November 2019 was a chance to see this film as it is, a wonderful city film which really takes you on a whirlwind stop tour of Paris at its height.