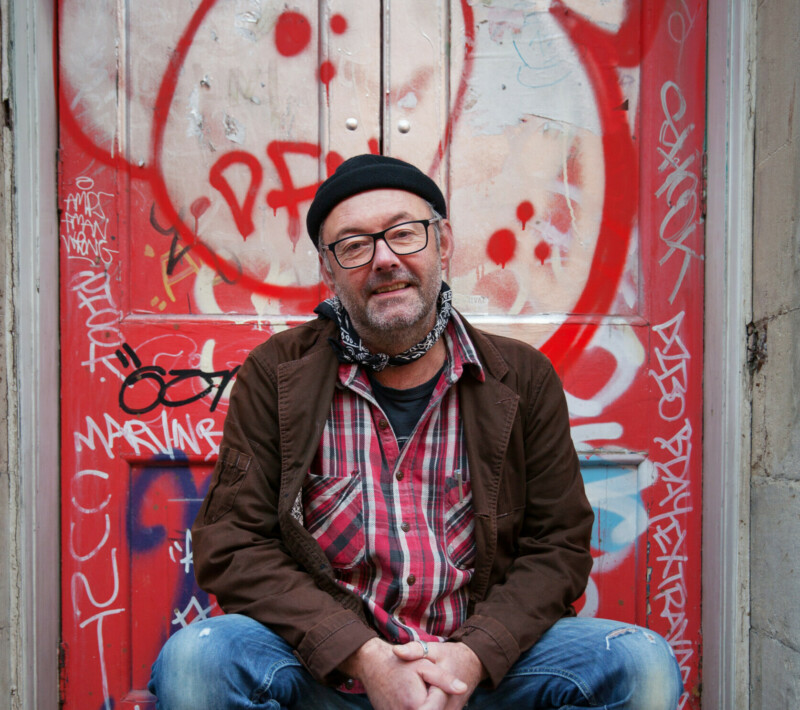 Paul Hawkins was appointed as the Working Class Writer's Festival Writer in Residence, based at the Knowle West Media Centre. Here, he reflects on his relationships with community groups in the area.

I’m very grateful to be offered this Writer-in-Residence role for the Working Class Writers Festival and Knowle West Media Centre. With the support of Martha, Sue, and Gail, amongst others, it’s given me an opportunity to get to know some of the community members of Knowle West; from those protesting against the proposed building of houses on the remaining green space in Knowle West (Ju, Danica, Nick & Jim), to community members who have been working on Stand and Stare, a brilliant locative photobook storytelling project, as well as those who run other groups and the Filwood Community Centre. I wish I’d got more time to spend in the community, but I’ve been able to get an idea about some of the community’s issues and, most recently, to get to know members of Man Alive, a men’s group based in Springfield allotments, Knowle West.

The group’s new support worker John kindly met me at my empty shop Studio space in the Broadwalk Centre (Unit 18, The Broadwalk Centre, Knowle), a short walk from where Man Alive meet for breakfast every month. We shared past life experiences and how best I/we could approach the December Breakfast meeting. I’m a poet and an artist, and very much aware of how these loaded terms can be a barrier to collaboration and involvement to some working class communities. I kept things pretty low-key at their December Breakfast meeting, chatting, soaking up the good natured conversations and general bonhomie as breakfast, tea and coffee were consumed by fifteen or so men of Knowle West. John introduced me to the group after an hour or so and I spoke briefly about what I could bring to Man Alive. Everyone was very open, generous and supportive. I shared with them a pamphlet of poems I had worked on with members of a Single-Father’s Group in Hartcliffe a few years ago, outlining how we’d spent a dozen or so weekly meetings together over breakfast, the men gradually realising I wasn’t an undercover cop, began to share stories of their life experiences.

The poetry pamphlet was well-received by Man Alive, and there was a general feeling that a similar series of workshops could really be enjoyed and may benefit the members, amongst whom I learnt were some artists and writers. I offered Man Alive the use of my studio space for their next meeting, in January, as it would be less exposed to the elements, warmer and drier. The members agreed this could be a good opportunity to have breakfast in a different space, and that we could talk more about the possibilities around Man Alive poetry/writing/artwork sessions for 2022. Men’s groups are, I believe, along with many others, vital to the mutual support and wellbeing of all communities, especially the working class area of the Knowle West estate.

The next day I had an exhibition opening at the Studio, and several Man Alive members came along to see the space, talk about the art and for one member, to leave several of his books of poetry, which I was happy to have on sale in the space. Knowle West resident Don Jones also dropped into the studio and asked about possibilities for writing and art workshops for the Media Centre gardners, who he supports and volunteers alongside. Very positive and encouraging.

I’m now really looking forward to the Man Alive meeting in January, and, who knows, we might even try a short writing exercise. After breakfast, naturally.