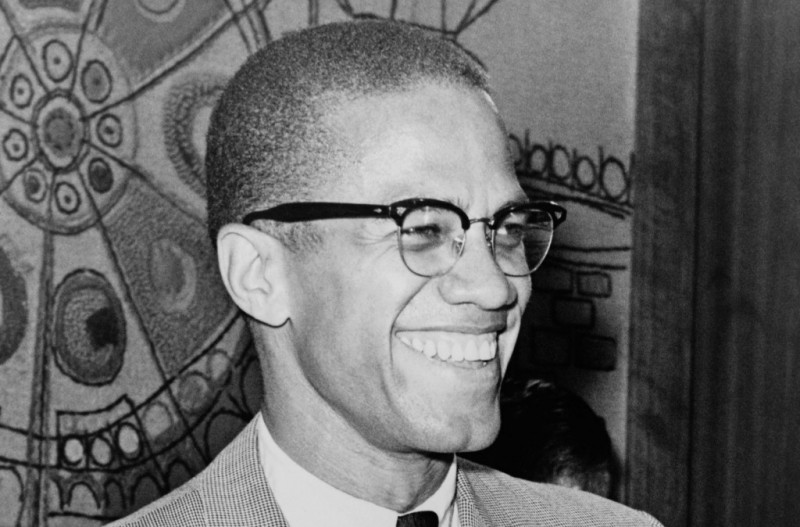 As part of the 2015 Malcolm X project, free copies of The Autobiography of Malcolm X were distributed at HMP Bristol.

Prisoners were encouraged to engage in a debate on Malcolm X’s relevance today. Over half of those who received a copy responded with a review or essay, whether they had read a chapter or the entire book.

It obviously struck a chord with some: ‘I feel like I am not alone with my feelings and that I am not the only man going through this same struggle,’ wrote Jacob. It is testament to the power of the book that it continues to speak across the years. Whilst not all prisoners were uncritical of Malcolm X’s views, particularly towards women, they were impressed by his ability to change himself and to show regret for his earlier views.

The prison library offered a dictionary as a prize for the winning essay, as over 50 years ago it was a dictionary that had had a profound on Malcolm X whilst he was in prison: ‘I’d never realized so many words existed,’ he wrote. In the end, the prison decided to award dictionaries to three essays, the authors of which had responded with passion and thought to the task.

You can read a collection of the responses and reviews as a PDF here: Malcolm X Reviews from HMP Bristol (PDF). Some extracts are given below. Find out more about the 2015 Malcolm X project – and related events in 2021 – at this link.

John: ‘A book of immense power. A broken man with a troubled childhood finds his cause and a belief that we can change the stereotypical views helped by his faith.
The journey from a clearly intelligent child to the streets of Harlem as a young adult,
where like so many others, he became addicted to cocaine and burgled to feed his
addiction.’

Mark: ‘For such a young child he had to go through not only the death of his father but
the separation from the rest of his family. It is quite evident that even at this young age he was very bitter regarding his mother being taken into care due to her mental state – all of which was brought on by her trying to look after her family in very difficult times, with absolutely no help – in fact quite the opposite, by the (white run) authorities.’

Dirk: ‘Even though I have not read all of it I find myself drawn back to it when I have nothing to do, this is unusual for me as with my reading problems I don’t usually do
that, it takes me out of my cell and into his world, which for a young black man at that
time must have been very hard. His mother’s pride and his father’s early death obviously had a profound and galvanising effect on his life and politics. And I look forward to reading more about him.’

Junior: ‘A voice like Malcolm X’s on this subject would be quite relevant today. His place in history continues to evolve. 50 years ago more than the life of a great leader
was lost. The world lost a chance to address racial issues that continue to divide the
nations.’

Trevor: ‘For me the biggest relevant factor in his life that is current today, is change. Any man who is honest and willing to look at his defects of character, will always have the capacity to change within himself especially with help. For me this equates to strength and defines a man, as what doesn’t break us makes us stronger.’

Matthew: ‘I believe that Malcolm X is still relevant today, but not in the fight for racial
equality. He is relevant to an entire society in understanding how the dangers of social repression and intolerance can cause national, and even international, disharmony. He is relevant because he can help us understand how extremist views can gather momentum and popularity under pragmatic leadership. How such an ideology can be packaged into a factional sect masquerading under a form of religion. But by far the most important lesson that we can learn from Malcolm X, some fifty years after his death, is that a true utopian society comes from integration, tolerance and acceptance of our fellow man (and woman) in all their unique and glorious forms.’

Justice: ‘In life we need flexibility because life itself is not static – we learn every day as we grow events around us have so much influence on us as well. In politics you have right wing, left wing, centre, centre of both right and left and far left and right. Some politicians have moved both ways in their political life – that doesn’t change the person only his views at the time changed. […] Is Malcolm X STILL RELEVANT? Of course YES! HE IS AND WAS VERY, VERY RELEVANT.’