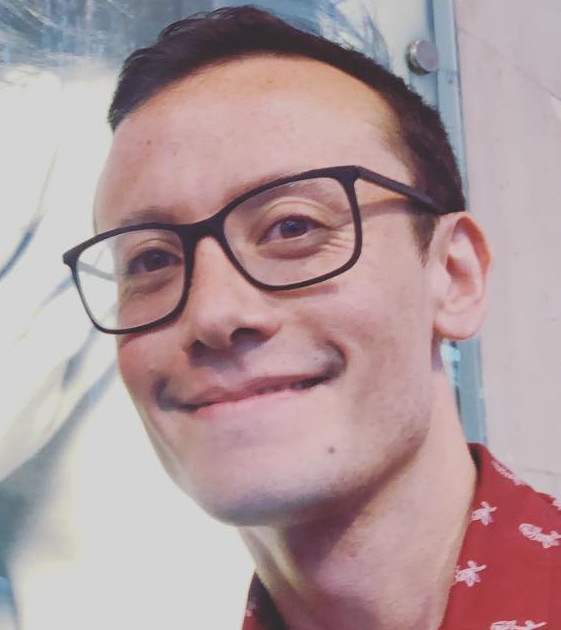 It’s a position I suspect we’ve all been in at some point in our lives: sitting someone else down, whether a friend, a partner, or a special someone we’re trying to impress, and showing them a film they haven’t seen before.

The reasons for choosing said film might be manifold: an old favourite, perhaps, or something you suspect would be to the other person’s liking, or more profoundly something which has some personal resonance or meaning to you and which – you hope – might mean something similar to them too.

The act of choosing a film can thus reveal something about yourself, and in showing it to someone else it reveals something about them too. How will they respond to it? If it’s a comedy, will they laugh at the right parts? What if they laugh at the wrong parts? It’s an experience which brings with it a combination of excitement and trepidation, which can strengthen existing bonds of commonality or reveal hitherto unseen differences in the ways you and the people you think you know see the world.

For nearly a decade now I’ve been a repertory cinema programmer, and throughout I’ve felt this same sense of anticipation in choosing which films from the century-and-a-quarter of cinema to screen to the public. The key difference, of course, is that the audiences have been rooms of (mostly) strangers, which perhaps renders the role more akin to that of the role of a nightclub DJ, albeit without the reassurance that, if you somehow manage to clear the dance floor with a dud, there’s always the potential to pull the crowd back with a banger in a few minutes’ time. Once the lights go down and the projector whirs into life, there’s no changing the tune.

Repertory programming is in many ways similar to the role I undertook in my former capacity as a librarian at Bristol’s 20th Century Flicks video shop. There, the objective was to connect individuals with films they might like to watch – sometimes a straightforward task, but sometimes a puzzle to put together from an impressionistic series of stipulations to triangulate from. Naturally, the major difference between the two is that rather than waiting a few days for their return and their feedback on the film, in the cinema such feedback is in real time, and inescapable (save for a hasty dash to the exit door).

The hope remains the same as that of screening a film in a personal capacity – that a work of art that you cherish and which speaks to you in some way will do similarly to those around you. Rep can, particularly when allied to established canons, have a reputation for being dutiful rather than enjoyable, a nutritious but unappetising bowl of kale when what you really want is a cheeseburger. I often think of the episode of The Sopranos in which Carmela Soprano gathers together a group of the other gang members’ partners to dutifully sit through Citizen Kane (1941) motivated more by an aspiration of cultural betterment rather than enjoyment. The challenge with older films is to show them as being still alive and resonant with today rather than as staid ornaments for unquestioned admiration.

There is a great deal of pleasure in being there to witness an older film of your own selection having the desired effect on an audience, and many such experiences have permanently coloured my feelings towards the films themselves. I can vividly remember a screening of William Friedkin’s Sorcerer (1977), whose famously nerve-jangling rope-bridge suspense sequence elicited a delightful mixture of screams, shrieks and nervous laughter from all around me in the auditorium, a reaction which I readily recalled revisiting the film myself again years later. Seeing audiences gleefully emerging from the likes of The Young Girls of Rochefort (1967), I Know Where I’m Going! (1945) or The Shop Around the Corner (1940) has been enough to maintain a personal faith in the continued power of the medium itself.

Frequently, though, seeing a film with an audience has also more profoundly changed my own thoughts about it. For example, at a screening of River’s Edge (1986), a film which I had sold on the basis of it being one of the darkest teen dramas ever made, what was highly unexpected was the regular bursts of uproarious laughter whenever Crispin Glover, playing a stoner in a register approaching high camp, appeared on screen. Prior solo viewings had given me one particular experience, but a communal one, composed of dozens of individual responses coalescing and gaining a shared momentum, elicited a very different one. I have not watched the film since, but have no doubt that, while the film itself hasn’t changed, my response to it will be henceforth.

My most memorable experience as a programmer was my very first: a screening of Ealing Studios’ portmanteau horror film Dead of Night (1945) at Bristol’s Cube Cinema. Almost inevitably for a film more than seven decades old, there were some moments which failed to land – in particular one low-budget effects sequence depicting a bus crashing off a bridge, which unfortunately fails to resemble anything other than a Dinky Toy accident at a model village. It’s a moment which resulted in a ripple of mirth from the audience, but that mood would contrast with what was to come. Two of the film’s rightly more celebrated segments – ‘The Haunted Mirror’ and ‘The Ventriloquist’s Dummy’ – changed the atmosphere in the auditorium completely, which quietly progressed to a palpable sense of tension, at its height crescendoing to pin-drop silences. If I had earlier doubted whether a 1940s horror film could still have a hold on a contemporary audience, this had been conclusively refuted for me by the time the lights came back up again, and this left a strong impression on me which lasts to this day.

At the time of writing, the world has passed through more than a year of living with a pandemic, during which time under the series of lockdowns these kinds of cinematic epiphanies have been mostly denied to us. Parallels with wartime seem particularly cruelly ironic given how important a social experience cinema was for audiences during the 1940s. Repertory cinema at its best offers the possibility of discovering in art some past truths which still hold fast or resonate with today’s values and can offer the kind of reassurance that is desperately needed in challenging times. I look forward to sharing in these kinds of experiences in packed houses once again.

Jonathan Bygraves is a freelance film historian, editor and video essayist, and has been regularly programming and introducing repertory cinema screenings in Bristol for the last ten years.

Audio Recording
Listen to an audio recording of Jonathan Bygraves reading his essay at the SoundCloud link below.