Opening Up the Magic Box Find out about the film 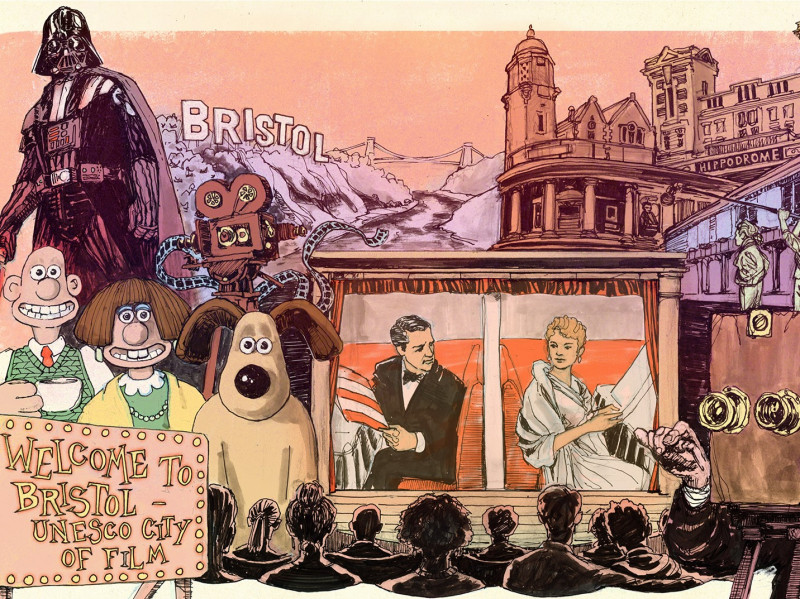 Local Learning have been working with three Bristol primary schools and their local communities as part of Opening Up the Magic Box, a citywide project coordinated by Bristol Ideas and funded by the National Lottery Heritage Fund that celebrates Bristol’s film-making past and marks the centenary of the death of Bristol-born film pioneer William Friese-Greene.

Filmmaker Michael Jenkins (8th Sense Media) documented the activities in the three schools and their communities, capturing the atmosphere at the final heritage trail and bringing the project together into the short film below.

Drawing on recollections from local residents of smuggling in popcorn and a stray dog, of plush red velvet seats and hazy smoke-filled auditoriums, Year 5 pupils at Christ the King Primary in Filwood collectively composed a poem with City Poet Caleb Parkin.

THE PROMOTIONAL IMAGE FOR FILM2021 IS BY WILLEM HAMPSON. WALLACE & GROMIT APPEAR COURTESY OF AARDMAN.