Summary of the Conference Is It Time for Universal Basic Income? Geoff Crocker 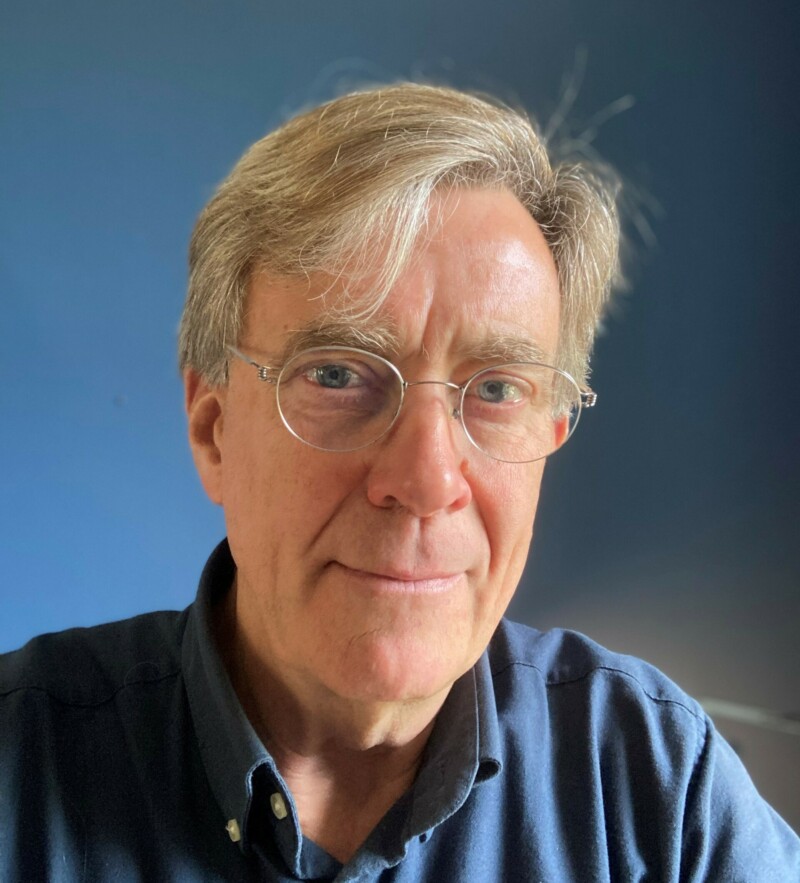 On 6 October 2021 we ran our second one-day on-line conference on basic income. In this and last year’s conference, a wide spectrum of views was debated on the arguments for and against basic income. We also thought through the various social and economic implications of a basic income proposal.

This is a recap of the conference sessions.

Martin Ford, a leading author on automation, pointed out that artificial intelligence expands our human intelligence and therefore our capability. He outlined possible utopian Star Trek against dystopian Matrix outcomes, to emphasise our need to manage AI towards desirable social outcomes. Martin saw a need for some means of delivering income to people, such as UBI, as automation reduces work. But Diane Coyle remained unconvinced and ‘not a fan’ of UBI.

In conversation with Gavin Kelly, Anna Dent saw some role for UBI, but challenged the argument from technology on the grounds that we’ve been here before and so far technology has not caused mass unemployment or income collapse. Anna also did not see technology progress or its claimed impacts on work and wage as inevitable. Kate Bell from the TUC was stronger in denying that technology led to a case for UBI. Current work and welfare systems could rather be improved.

In a session chaired by Andrew Kelly, Anna Coote presented an interesting synthesis of public services and personal income guarantee in her proposed Social Guarantee. However, she remains critical of UBI proposals, for its affordability, and what she sees as its free market orientation. Anna prioritises a UBS solution. James Plunkett expressed the need for a simpler welfare system which was less stigmatising, less hostile and therefore similar to UBI.

In contrast, in the next session, Sarath Devala pointed out that: jobs are declining;, wages are stagnating; and the Beveridge welfare model doesn’t address current problems of precarity and job quality (only 6% of jobs in India are good jobs). This makes  UBI an essential ingredient in a new welfare system and the foundation of a new society. Technology, by its ability to produce efficiently, makes UBI possible. We should take this opportunity from technology rather than seeing it as a threat.

Mahendra Dev said that 10m jobs in India were lost in the pandemic. Health and education systems are weak. Targeted benefits face the problem of identification. There is a consensus in India for ‘cash transfers’, a quasi UBI. Cleo Goodman pointed to lessons from the UK furlough scheme (£24K/year to 3m people), the £20 addition to Universal Credit, and a reduction in conditionality. UBI is needed to enable unpaid work, and to demonstrate trust in people via reduced conditionality. Young Jun Choi said that the Korean welfare system doesn’t meet social need. Korea has become an asset-based economy. UBI will help. Jane Millar explored steps towards a UBI, for example a government debit card followed by basic income to sub-groups like farmers, women and children.

In a session on the macroeconomics of UBI chaired by Paola Subacci, Bernhard Neumärker described his Net Basic Income scheme with a critique of means-testing, and a proposal for NBI to deliver crisis stabilisation whilst UBI operates in normal economic circumstances. Thomas Palley considers UBI both feasible and desirable, but in his view, it must be funded by taxation. A transitional UBI of $1K/year in the USA would cost <1% of GDP, a full UBI of $12K/year costs 10.2% of GDP.  In contrast, typical debt/GDP ratios of 150% would only deliver 1.5% of GDP, and even Japanese debt/GDP ratios would only deliver a maximum of 5% of GDP. But government deficits already use this space, running recently at 5.2% of GDP in the UK and 7.7% in the US. There is room in the US for reducing healthcare spend which might deliver 5% GDP for a UBI scheme. Thomas regards Modern Monetary Theory as a fringe proposal which is also quantity limited. UBI advocates should not shy away from tax funding.

In the closing debate of the day chaired by Neal Lawson, Paul Mason talked about the need to understand how capital extracts surplus value from data and rents, not just labour power – which he argued means we can’t simply focus on emancipation through work. Paul supports UBI but argues that Universal Basic Services offer more in the medium term as a transitional strategy for social democrats. Overriding priority must be climate change and net zero, which is mandatory, not desirable. Andrew Fisher spoke as a friendly sceptic of UBI and reiterated some of the concerns that had been raised in earlier debates. Andrew expressed support for UBI pilot projects, and the position in favour of UBI taken in the Labour 2019 manifesto. He argued for the importance of universalism and against conditionality. Claire McNeill argued for minimum income guarantees, and investments in public services like childcare. Kate Soper argued for a new left ecological approach – citing Andre Gorz – in which the critical issue is how to live with nature. The panel discussed the politics of reform, the need to forge alliances, implementation of proportional representation and other issues.

Summary of the arguments for and against UBI by Geoff Crocker

There is a wide set of arguments in favour of UBI, which I’ve tried to set out on the site ‘The Case for Basic Income’ at www.ubi.org. These range from philosophical, ethical, and managerial, through to practical economic policy considerations.

It’s a claim regarding human ontology. Just as everyone is born with free access to resources like sunlight, rain, and nature, so everyone should have access to inherited infrastructure and technology, and the goods and services they generate. We work to provide for some of our needs, but we have some good things bestowed on us. Theologians would call it ‘providence’, but we don’t need to be religious to recognise a providential element in life. This is and should be universal and not restricted to an elite. A Universal Basic Income recognises this birth-right claim.

The objective of social justice argues powerfully for basic income.

Here though, it competes with other proposals to achieve greater social justice, firstly from traditional targeted welfare benefits. At this point, UBI argues its advantage in eliminating the humiliation of means-testing and avoiding the steep withdrawal tapers of targeted benefits whereby benefit is withdrawn almostpound for pound if someone finds work, creating familiar unemployment and poverty traps. Critics claim that UBI disincentivises work; advocates reply that the current welfare system disincentivises work whilst UBI would not – who’s right?

UBI also has to compete with alternative proposals for social justice, such as Universal Basic Services and Job Guarantee schemes. Which is best?  UBS provides services chosen by democratically-elected government; UBI allows individual choice of needs. Job guarantee relies on work and wage continuing to be a source of adequate family income, but is this reliable in reality?

The managerial claim is that UBI is the most efficient and effective of all welfare systems, costing much less to administer than a means-tested conditional system, and achieving 100% take up, which targeted benefits, particularly to the elderly, often fail to do.

The claim from technology is prominent in today’s discussion.

Robots are already replacing jobs, and we’re told are going to do so even more. But the technology argument is also more subtle. Automation vastly increases the output we achieve from each hour worked. Simple arithmetic then suggests that aggregate wage in the economy will decline as a proportion of the value of output. Historic economic data for the whole post-war period shows this indeed to be the case. Extensive research at IPR Bath has shown that technology does reduce the labour share in the economy. Employment income has fallen relatively, requiring increased income from unearned sources, mainly welfare benefits, dividends, pensions, and household debt. This debt led to economic crisis in 2007, and to our current economies being swamped with household debt and government debt, the latter equal to or greater than annual GDP, forcing us into austerity to try to limit its further growth. We’re trapped.

This is unsustainable and leads to an argument for basic income funded by central bank issue of debt-free sovereign money. In an imaginary totally automated economy with no labour and no wages, all income would be basic income. Isn’t it reasonable to argue that partial automation requires partial basic income?

Work and wage are changing. All welfare systems like universal credit, and all party-political policy, including socialist political policy, rely on high wage work to deliver income. But can we continue to rely on work and wage as a means of getting adequate income to people? We now see immense bifurcation of the labour market. Mega-salaries coexist with low pay, in-work poverty, and the low job satisfaction of ‘bullshit jobs’.  The debate is whether this is a behavioural problem due to exploitative capitalism, or a structural problem due to technology requiring less work or only highly skilled work, or both? Is the right answer greater labour bargaining power, or do we have to acknowledge the inevitability of technology sucking income out of the economy, and hence implement a basic income? We urgently need to i) get income to people ii) get debt out of the economy at both household and government level. Isn’t this a powerful argument for basic income funded by sovereign money?

Affordability is the great objection to basic income. Either basic income is too small to be meaningful, or too large to be affordable. In accounting terms, that does seem to be the case, or basic income requires huge tax increases. But the above techno-economic analysis claims otherwise. Keynes famously said that ‘anything we can actually do, we can afford’. Technology is enabling us to produce ever more efficiently. We can afford its output through a basic income. Consider the recent furlough scheme. In the UK, we paid £24,000/year income to 3 million people, costing £72bn which we paid for as part of the Bank of England purchasing £875bn of government debt, which since government owns the Bank of England, is not really debt at all. Here is powerful macroeconomic proof of the possibility of basic income funded by debt-free sovereign money, without the economy collapsing into hyperinflation or devaluation. Or not?

The biographies of the other speakers can be found in the details of the event in the link below.