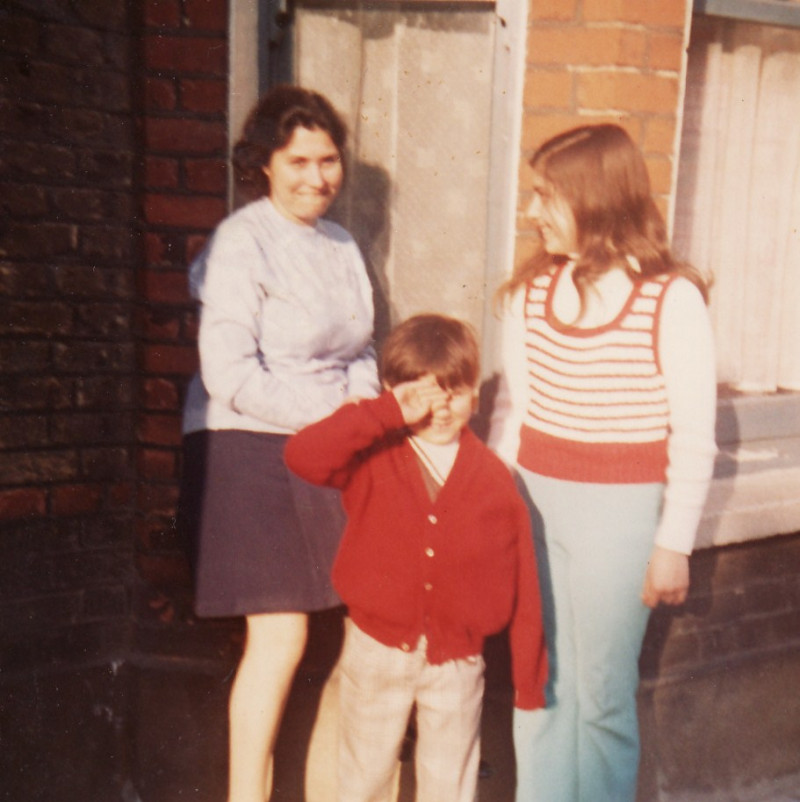 When I was four, my parents did something amazing.

With nothing but the clothes they were wearing and some clean towels in a suitcase, they began a new life in a country where they couldn’t even speak the language. Back in 1966, in Portugal where I was born, people were suppressed, poor and illiterate. People were not allowed to congregate; a gathering of any more than two was quickly dispersed.

Throughout my life, my dad would talk about the many people who vanished; some for simply saying they didn’t earn enough to feed their family. One story he repeated often was about a man in his town who read to others unable to read for themselves; he was forced to wear shoes with nails pointing inwards. He talked of a place where people were scared to speak openly because you never knew who was listening… brother would tell on brother, neighbour on neighbour, in a society built on fear. I will miss him telling his stories, albeit not the stories themselves.

My parents worked initially for a wealthy couple in Cambridge; housemaid and butler. They were happy to start a new life, even if that meant temporarily being without any worldly goods and without their two young children. They wanted to make a new start, to give us the opportunities they never had: to go to school; to have a career; to speak freely.

As the year passed, and their desire to be reunited with my sister and me grew, they had to move on. They couldn’t have us living with them in Cambridge, so they upped sticks and moved to London.

They moved, mainly out of desperation, to a private rented flat in south London; a dive of a place with loads of other, mainly single, desperate people. I remember seeing my parents for the first time after that year. As bad as the place was, it was home with them in it and it didn’t really matter that it was a poorly maintained fire trap, over-occupied with no security of tenure.

In 1971, we lived on the top floor of a three storey end-of-terrace house. Our rooms were divided by communal corridors and a shared kitchen and toilet. We were there for only a short while, but long enough for us to be involved in a dangerous kitchen fire whilst my parents were out working one of their five jobs. Sadly, I imagine, many in the private rented sector probably still share that experience in 2019.

Our next place was bigger, but not any nicer. We lived on the ground floor of a four storey Victorian house. Six other flats were above us and all of them used the communal corridor that went past our dispersed rooms. I slept with my sister in a bunk bed in the dining room. The door was locked from the outside by key at night. My parents slept across the corridor where the TV was and so it doubled as our living room during the day. Along the communal corridor, again under lock and key, was our kitchen and within that, our own bath and toilet. In the winter, because no heating was fitted anywhere, the bathroom was freezing and it quickly developed ghastly black mould which environmental health got involved with.

In the mornings my sister and I would unlock the various doors, she would boil water for us to wash and we would move around the rooms to get ready. I ended up in hospital at the age of seven with 3rd degree burns as a result of that ridiculous routine.

Throughout this, my mum and dad worked hard but their dream was a council house. That would mean stability and security. Regularly they would make their way to Lambeth Town Hall to check progress on the waiting list. Eventually, after a couple of years, we got offers of housing. Three offers were what we were entitled to and it was the last one they settled on; a flat on the fourth and top floor of Wisden House, Oval.

It was great. We had a secure tenancy. My sister and I had a bedroom each, big enough for us to study in and it didn’t need to be locked at night. It had a kitchen the family could eat in, a toilet and bathroom which had hot water, a front room with no mum and dad sleeping in it and it was warmed by a spanking new central heating system.  More than that, no one else used our corridor and the place didn’t smell of drugs or have mould. It was virtually paradise and next door, to top it off, lived other children to play with.

Looking back, my mum and dad were right to aspire to that home: a council house. It was clean, in good order, safe, secure and affordable.  We stayed there until I was 14, most of my formative years, before my parents opted to exercise the portable right to buy. My parents did an amazing thing, and the opportunities that my sister and I had were boosted in no short measure by the stability of that place.

There should be no stigma about living in social housing or indeed building and managing it. Rather than being embarrassed about it, I’m proud to recognise and celebrate the important part it played in my life. It’s a story of opportunity that thousands of other people share in common with my family and a story that many others will, I hope, become familiar with in the future.

It’s this knowledge that keeps me coming into work every day with a passion for what we do. I know that behind every front door is a family with their own story, a family for whom having a secure, long-term home means something at the centre of their lives and their future.

Header photo: VIctor Da cunha with his mother and sister outside their second privately rented flat in 1972 (photo provided by author).