Going to the Pictures Richard Holloway 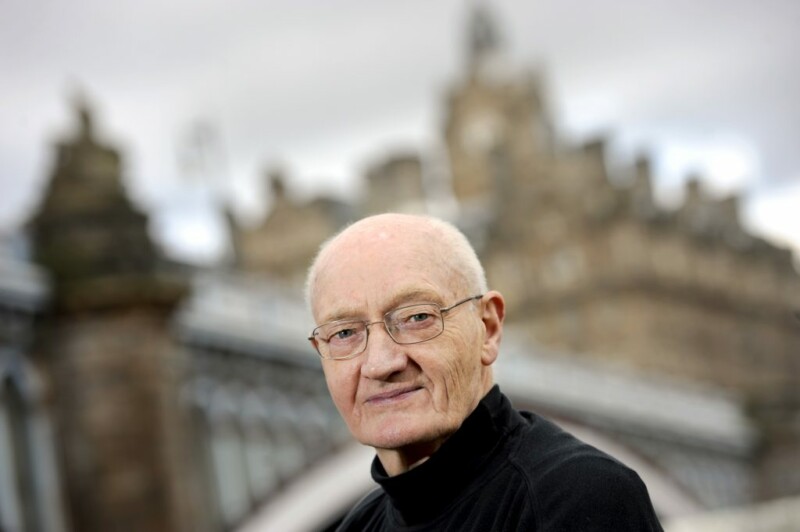 Plato's most famous allegory, The Parable of the Cave, is found in his most important philosophical text, The Republic.

In the parable he invites us to imagine a vast underground cavern at the bottom of a steep slope. There are people sitting so tightly chained in the cave that all they can see is the back wall. A fire burns behind them, and between them and the fire actors carry puppets that cast flickering shadows onto the back wall, which the prisoners mistake for reality. But suppose the prisoners could release themselves and escape? Standing up and climbing out of the cave would be painful for their cramped legs, and the light of the sun would blind them when they emerged into the day. But it would be worth it, because they would have moved from fantasy to reality, from intoxicating shadows to painful enlightenment.

When I was working on The Republic as a student, I was stung when one of the scholarly expositors I read offered movie-going as the most obvious modern example of the kind of addiction to unreality Plato was warning us against. Everything about the cinema replicated the parable, he said. Cinema-goers sat glued to their seats gazing at pictures beamed onto a wall in front of them from a machine flickering behind them. And to many of them, what they saw on the shining screen was more real than the lives they lived outside in grey reality. The moral? They should abandon the cinema and its fictitious dreams and engage exclusively with the real world outside.

I was stung by the accusatory nature of this interpretation because I knew there was some truth in it. This was Glasgow in the 1940s and 1950s when I was growing up. Glasgow was the movie-going capital of Britain, a city packed with enormous picture palaces into which the citizens crammed themselves in their thousands twice a week. If you had the money and the time, you could take in four movies in six days. There was always the main presentation plus a B-movie or second feature, Monday through Wednesday, with a change of programme Thursday through Saturday – Saturday being the great movie-going festival of the week. And it wasn’t just Glasgow. Most Scottish towns, even small ones like Alexandria, the town north of Glasgow I grew up in, had picture houses. Some of them had two, usually, for some reason, with exotic Italian names: La Scala, the Rialto, the Coliseum, the Astoria, with the odd Regal or Roxy thrown in here and there.

What was the appeal? Escape. Going to the pictures was the antithesis of Plato. It was a conscious decision to check yourself out of grey reality into shining unreality for an hour or two a week. And it was what the poor did in their thousands every night. In the circumstances, I doubt if even Plato would have blamed them for taking a holiday from the harsh world most of them lived in. It was my mother, addicted herself, who got me addicted, and I remain grateful, because going to the movies has been my favourite escapist activity for as long as I can remember. I don’t pretend to any pure aesthetic impulse or any desire to be intellectually challenged by the movies I go to. It has always been popular films I’ve gone for, escape and unreality I craved.

They say some alcoholics can remember their first drink; well, I can remember my first movie. I saw it in the Astoria in Possilpark in Glasgow in 1937 when I was four. The Astoria was a huge picture house that could seat 3,000 and every seat would have been filled the night my mother took me to see Snow White and the Seven Dwarfs. I can still remember the occasion vividly because I wet myself laughing at the antics of the dwarves and, to the good-natured amusement of those sitting near us, I cried out in a spasm of laughter: ‘Mammy, a’hm peein’ masel.’

At the beginning of the Second World War we moved 20 miles north of Glasgow to Alexandria in the Vale of Leven, and it was there that another twist in my movie-going compulsion asserted itself. I started pretending I had seen movies I hadn’t.  This is how it happened. We used to take two Sunday papers at home, the Sunday Mail and the Sunday Post – the latter for the comic strips, ‘The Broons’ and ‘Oor Wullie’. But I preferred the Sunday Mail because of its advertisements for films showing up in Glasgow in the great cinemas on Sauchiehall Street and Renfield Street, much grander than anything in the Vale. I devoured the announcements of ‘future presentations’ coming soon to these giant Glasgow screens.

One Monday morning, during my last year in primary school, I found myself describing to a group of pals an exciting movie I had not actually been to but had seen advertised in the Sunday Mail the day before. Soon I was locked into a permanent playtime routine on Monday mornings, as a group of boys gathered round me to hear about the film which I hadn’t seen that Saturday – except in my imagination. I became skilled at spinning stories based on the information I’d picked up from the advertisements in the previous day’s paper. And I began to feel guilty about it. One night, in an agony of remorse, I woke my mother and poured out my difficulty, my father sleeping beside her. ‘It’s aw right, Dick,’ she said, ‘you’ve jist got a good imagination. Don’t worry about it.’ I went back to my bed absolved – and stopped the Monday morning movie sessions.

So maybe it was a true instinct that led me, a few years later, to choose a vocation that would make me a teller of stories that were best understood as containing their own meaning within themselves. What had mattered to my friends in the cold playground on those Monday mornings was that I took them out of themselves with my fictions, not that I hadn’t actually seen the movies I described to them. Implicit in my childish fraudulence was a whole theory of religion, though it was to take me years to figure it out.

Unlike the other animals we share the planet with, who seem to live in unselfconscious harmony with nature, we humans are a puzzle to ourselves. That’s what makes us creative, seekers of meaning, tellers of stories, trying to figure out who we are and how we should live. And religion has been one of the most prolific spinners of stories in human history. The trouble is that, while it is good at spinning its stories, it has been bad at knowing how to read them, how to interpret them. This is because it has wanted its stories to be fact when they are best understood as fiction. But fiction is not untruth. It is truth conveyed through story, and one of its purposes is escape and consolation, a vacation from grey reality. That’s what I was offering my pals on those dismal Monday mornings in the playground in Main Street Primary School, Alexandria.

Imagining films that I hadn’t seen in order to lift my pals out of themselves helped me fumble towards a different way of understanding theology and a more honest way of doing religion: as stories we tell ourselves to help us get through our complicated and sometimes painful lives. It would take me years to work all this out, of course. But it was going to the movies that started it.

Richard Holloway was Bishop of Edinburgh and Primus of the Scottish Episcopal Church. A former Gresham Professor of Divinity and Chair of the Scottish Arts Council, his memoir Leaving Alexandria won the PEN/Ackerley Prize and was shortlisted for the Orwell Prize. His most recent book is Stories We Tell Ourselves: Making Meaning in A Meaningless Universe.

THIS ESSAY IS A DRAFT FOR INCLUSION IN OUR FILM2021 BOOK WHICH WE WILL BE PUBLISHING IN OCTOBER. THE BOOK IS FUNDED BY THE NATIONAL LOTTERY HERITAGE FUND. THE AUTHOR RETAINS COPYRIGHT AND TEXT CAN NOT BE USED BY OTHERS WITHOUT His PRIOR PERMISSION. Photo: Colin-Hattersley