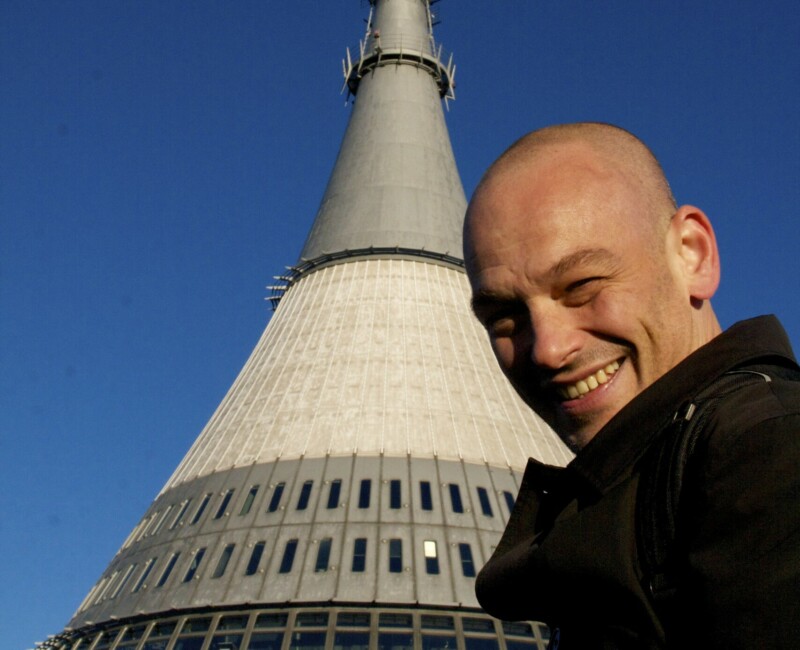 Growing up in villages, first in Staffordshire then in Devon, cinemas were not even part of the landscape. They were like mythical beings. Oddly grand structures glimpsed through car windows, their insides mysterious, unimaginable.

And growing up dirt-poor didn’t help. Sure, there was the postal order from my great-aunt every birthday, and at the end of our every-other-Christmas trip up to Birmingham Grandad would slip a 50p into my hand – a trick he performed with a great show of secrecy, as if no one had the slightest inkling of what he was up to (I believed it every time). But we lived a dozen miles from the nearest cinema so even if Mum and Dad allowed I was old enough to go without them into Plymouth, that wretched hive of scum and villainy, the bus fare alone would have wiped me out.

Besides, all my early experiences of projected film were frankly terrifying.

I like to pretend I’m so cool that my first outing to the flicks was to see a Kurt Russell movie, which is technically true. It was on one of those Christmas visits – 1974, I think – and the whole family, including aunts, uncles and cousins, went to a double-bill of Disney’s Charley and the Angel and Peter Pan. Dad reckons it was at the West End, but that closed down in 1967, so unless we were in the carcass of a ghost cinema, which I’m not ruling out, it would have been the Gaumont or the Odeon. I vaguely recall staircases sweeping up from the lobby, red carpets, golden banisters. But the two things I really remember are the size of the auditorium – we were chapel, not church, folk so I’d no idea the inside of a building could be so big – and the crowds of people, every single one of them bigger than me and much too close. Nice work, cinema: agoraphobia and claustrophobia all at once.

We lived on the edge of the moors, so in junior school, projected on the wall of the gym, we were shown Apaches, the public information film about kids playing on a farm and dying in assorted horrible ways. For weeks afterwards, I had nightmares about drowning in a slurry pit; I couldn’t close my eyes without seeing the boy’s viewpoint shot as he sinks below the muck (a shot which, incidentally, doesn’t actually exist).

And then there was A Thief in the Night. I can’t imagine the route by which a print of David W Thompson’s Rapture movie made its way from Iowa to Dartmoor, but there it was, flickering away in a darkened church hall in the middle of nowhere. At the time, Mum and Dad were being drawn away from a vaguely leftist Methodism towards a charismatic evangelical fundamentalism – something self-righteously manipulative, misogynist, full of spite; something less than them – and me and my brother were dragged along in their wake. So, there we were, trapped with some creepy Midwich teens and this nasty, mean-spirited film made with the sole purpose of terrorising audiences into belief, while the adults were off somewhere being baptised in the Holy Spirit and urged to speak in tongues. The movie ends with young Patty, who found Jesus just minutes too late to be Raptured, fleeing from agents of the Antichrist, from a narrative structure that closes around her like a trap, and towards the camera, towards freedom. But in a surprisingly artful long-lensed final shot she runs and runs yet never seems to get any closer, while the folk-rock soundtrack endlessly repeats ‘You’ve been left behind, you’ve been left behind . . .’.

Inevitably, there were nightmares, and I know Dad thought talking to me about Jesus and eternal life in those disturbed small hours would be comforting, but I quickly decided I’d rather lie petrified and alone in the dark. I’d have been about eight.

At least by the time someone projected Sleeping Beauty in the Masonic hall I was old enough to channel my anxiety into laughter at younger kids who were scared by cartoon witches and dragons. This kind of trick came in handy when school screened Dr Syn, Alias the Scarecrow and, the following year, the differently traumatising National Velvet. But it was no help at all when, on a rainy weekday in 1977, Mum took me and my brother to see The Rescuers. All I really remember is that it was one of her bad days: struggling with depression and poverty, at her wit’s end, needing a break from it all. I remember her trying not to cry. I remember knowing there would be a row later about wasting the housekeeping, and I remember not even trying to talk her out of it. But I don’t really remember the rain. I suspect that is just some pathetic fallacy, the unconscious shaping recollection.

Sometime, though, money worries must have eased a little because every so often Mum and Dad decanted us into the Saturday morning picture show and told us to have fun. Clearly, they had no idea. It was Ballardian in there. Mayhem reigned: an unleashing of impulses; a directionless flailing. Popcorn pelted down from the balcony by the fistful. Intermittently, bullying, extortion and actual violence broke out as kids in tank-tops, hopped up on Spangles and Tizer, ran wild. Older kids, posing as smokers, hacked at fags; booze – or so they claimed – passed back and forth in ostensible bottles of pop. And when the lights lowered, libidinal fumblings, amateur necking, brutal lovebites. Given half a chance, someone would have barbecued a dog.

Management’s unconcern was magnificent. The only thing I remember seeing was a trailer for Cronenberg’s The Brood.

But the fleshpots of Plymouth beckoned! So, we would duck out or, even better, manage to not even go in, which meant there was ticket money to spend – but never on anything we could keep because sooner or later we would have to explain where it came from and then we would be back to spending trips into town squabbling in the back of the Skoda while Mum and Dad did the shopping.

Poverty colours it all.

My best mate at school was from the rich end of the village. He’d always loan me his Action comics, and his 2000AD, and whenever he bought himself a Lion Bar or Cornetto, he’d get one for me, too. For his ninth birthday, his parents planned a trip to see Star Wars and a party at the Wimpy, but his mum told him he couldn’t invite me. This sudden exile took ages to figure out: all the parents had to bung in a fiver to help cover the cost, and she knew mine couldn’t afford it. She meant it kindly, I think, but it soured me on cinema even more than all that scary stuff had done, so when we went as a family to see Grease at the ABC, I was glad we couldn’t get in (the queue was so long we didn’t even try).

Then in 1979 Dad had a chronic chest infection – for years he’d been cycling to work and back, more than 20 miles a day, whatever the weather, because they couldn’t afford the petrol – and so we moved to Plymouth. Early in 1981, I went to the cinema on my own for the first time. And every agonising moment of those weeks of not spending my Christmas money on this or that paid off. Because I saw Mike Hodges’ Flash Gordon, and everything changed. That was when I fell in love with cinema.

My brother, a couple of years older and thus less troubled by our childhood experience of projected film, was no more accustomed to cinema-going than me. He soon took to returning home and declaring whatever he’d just watched the best film he’d ever seen, be it Rocky III or Friday the 13th Part 3 3D or, I kid you not, Soul Man. But what he was getting at was that same intensity of feeling I had watching Flash Gordon.

I can’t now summon up the elation and exhilaration, that experience of joy and delight filling an auditorium, but I remember so vividly that I felt all those things. Not just the thrills of the movie, but also its thrilling mirror: that odd communality of being alone yet connected to all these other people by overlapping waves of affect, by the intimation of a fuller, richer world.

It is more fleeting now, that sensation, but it is still there: being as harrowed as everyone else in that freezing cold Edmonton hall by a battered old print of Come and See; the fellowship that night in LA when one of the projectors at Cinefamily was down, and an increasingly intoxicated Greg Proops popped up onstage to improv through every reel change of The Taking of Pelham One Two Three; just plain loving those kids in Manchester at xXx: The Return of Xander Cage cheering at, yet clearly baffled by, the sudden appearance of Ice Cube, not entirely sure who he was, let alone who he was playing; choking up a little in Watershed when a friend’s young son was so scared by the T-Rex fight in the original King Kong that they had to leave; that unexpected surge of grief at Brian Conner’s final quarter mile; the relief and delectation when it’s revealed the blues-and-twos are not the cops but the TS-motherfucking-A turning up to handle shit, cos that’s what they do; that clutch in the throat when Letty says, ‘Hey guys, surprise’ and finally there is #JusticeForHan . . .

All those moments – from films but in cinemas and with audiences – won’t be lost in time like tears in the rain.

Audio Recording
Listen to an audio recording of Mark Bould reading his essay at the SoundCloud link below.

THIS ESSAY IS A DRAFT FOR INCLUSION IN OUR FILM2021 BOOK WHICH WE WILL BE PUBLISHING IN OCTOBER. THE BOOK IS FUNDED BY THE NATIONAL LOTTERY HERITAGE FUND. THE AUTHOR RETAINS COPYRIGHT AND TEXT CAN NOT BE USED BY OTHERS WITHOUT His PRIOR PERMISSION.