Once Upon a Time in a Small Town My Life in Bridgend’s Cinemas, by Suzanne Rolt 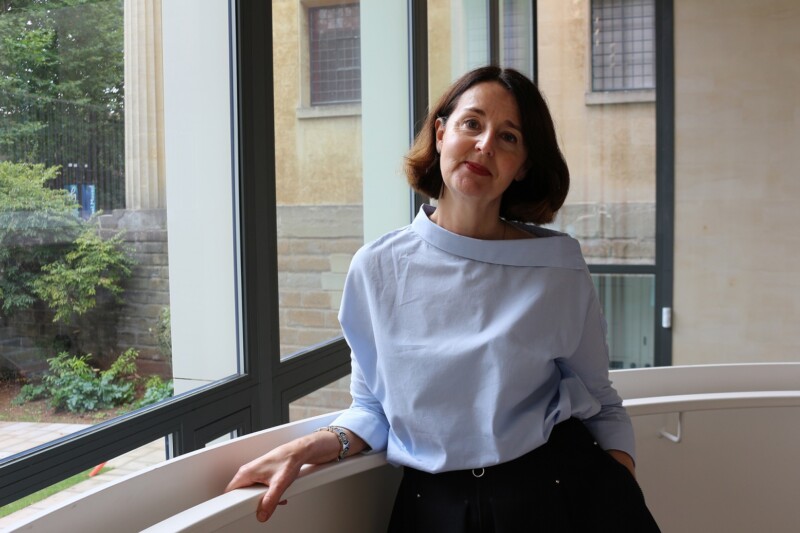 Suzanne Rolt is Chief Executive of Quartet Community Foundation. Before this, she was CEO at St George’s Bristol. As well as curating its classical music programme for many years she has recently led a transformational £multi-million capital project to add an acclaimed contemporary building on the site. She is currently Chair of the Bristol Ideas board.

This essay has been written as part of our Film2021 project. Visit the project page to find out more.

There are cities of spires, of temples, of light. My birthplace, Bridgend, was far less grand, a South Wales market town where pubs, rugby fields and bingo halls were the order of the day. It was not lacking in soul, but for a nation that famously prided itself on a rich cultural past, gathering spaces for poetry and song were few and far between. There were school halls and recreation centres, and upright pianos crouching in the cold corners of church halls or in front rooms ‘kept for best’. But for anyone in search of the greasepaint, the limelight of the professional stage, that required a trip further afield, westwards to Swansea or east to Cardiff. There you could experience Bardic utterances at the New Theatre, puzzle at the avant garde offerings of Chapter Arts, or get a hwyl-inducing blast of orchestral music at the Brangwyn Hall.

Whether you turned left or right, it was no small undertaking, even when the construction of a new junction off the M4 speeded things up – the same junction that was to make a ghost town of the centre, gradually reducing Bridgend to little more than a retail outlet stop-off for the endless lines of cars speeding by. Underserved as it was in so many ways, Bridgend could hold its head up high in one key respect: for a few precious decades, from the 1930s through to the 1970s, it boasted three cinemas. One was even accorded the glittering accolade of ‘South Wales newest super cinema’.

In its heyday, there was cinema seating in Bridgend for over 2,500 people. Given that the Census of 1961 recorded a population of some 15,000, that’s a seat for every sixth person. And plentiful as they were, there was nothing utilitarian about these seats; they were dressed up for a night out, in plush, burgundy upholstery, positioned to gaze out onto screens crowned by gilded proscenium arches. The glamour of these venues offered much needed escapism for a largely working-class population, enticing them from post-war estates and red brick terraces for matinees and evening shows, the latest releases and nostalgic trips into the past.

Today, few people realise that the stages of these same cinemas led a double life, their traditional theatre-style design accommodating anything from dancers and comedians to full-blown club nights during their down time. This made the cinemas the popular cultural hubs of their day and, more than that, the emotional heart of the town. Sad then that having reached such peaks of popularity, this cinematic empire was destined to fall, and to fall quickly. By the 1970s, the film studios were struggling to compete with television and unable to keep up with the tastes of new, younger audiences. At a local level, not even costly refurbishments and upgrades could halt the decline in attendance. Within a generation Bridgend’s once proud cinemas were no more: boarded up and reduced to rubble.

The first to arrive and the first to go, even before I was born, was the Electric Picture Cinema located on the road through to what we called the ‘top of town’. It sprung up on the site of an old Drill Hall and was renamed the Palace Cinema in 1914. It boasted 800 seats and a proscenium 33 feet wide. It’s difficult now to find anyone who can remember much about it, even though its capacity reached a not inconsiderable 1,324 seats in 1938 and upgrades saw it fitted out with the thoroughly modern Cinemascope in 1956. It was closed and downgraded to a bingo club in 1960, an indignity from which it never recovered. It was demolished a few years later and now rests beneath the Tabernacle Church.

I have strong memories, and fond ones at that, of the Embassy Cinema, our super cinema on Tondu Road. A stand-alone, striking art deco brick building, it was planted alongside the River Ogmore with a view to and from the town’s two stone bridges. For anyone arriving in Bridgend from the Welsh valleys it represented the gateway to the town and, for those of us who grew up there, it was the place we turned to first when we needed release from the weary tread of everyday life. Going to the pictures was an experience that never failed to raise the spirits.

Looking through old photographs posted online, taken in 2011 before it too was bulldozed, proves a disheartening experience. Back in 1939 when it first opened, this was heralded as the ultimate, state-of-the-art super cinema. Seating was arranged across stalls and circle levels, all eyes turned towards a generous rectangular proscenium with gilded decorative surround. By the time my mother was a teenager in the 1950s it was the place to be, the weekend hang-out where courting couples would arrive off the bus in Market Street before heading across the bridge to take in a film, and then dancing the night away to a live band in the nearby Palais de Danse. Now, though, the Embassy Cinema sits flat on the page, looking half the size, and far less impressive than the building that I remember. There’s nothing to hint at the sounds of laughter and show-off strutting that would have filled the forecourt as crowds gathered on Friday night ahead of the latest release.

There are steps at the front, but not the sweeping flight I recall. This is where I’d queue, flushed with the anticipation of what lay ahead, before pushing through the heavy brass-handled swing doors and entering a world untainted by the 1970s beige banality of our everyday lives. Fitted carpets, kiosk with a freezer and usherettes wielding torches, smartly dressed in wine-coloured uniforms who on another day might be welcoming you onto an international flight. Perhaps it was the excitement of being a child, waiting to see the new Jaws or Star Wars releases, that made everything feel bigger, deeper, technicoloured. State of the art truly meant something back then. Now, when advances are measured in days not years, it’s hard to ever feel truly wowed.

No excitement was more feverish than the build up to my eleven-year-old self getting ready to see Grease – nothing less than ‘The Word’ as the trailer proclaimed, with all the zealotry of the Biblical verses pasted up weekly outside my local Mission Church. I had begged my mother to let me go but the PG-13 rating made her equally insistent that I’d need a chaperone, and that chaperone would be her. It certainly wasn’t the scenario I’d had in mind for a film fêted as the height of cool, but there were no arguments with parents back then; they made the rules. And the censors had it right. It was toe-curling stuff, the scenes of teen promiscuity excruciating to watch. As I sank down ever deeper into my velvet-cushioned seat I prayed to be swallowed up, my blushes obscured by the eternal blackness of the auditorium. We hurried out as the music was still playing and the credits rolling. My mother seemed unsure what to say and decided that nothing was probably best. It’s an approach I adopt to this day.

As to the third cinema, I remember the façade but little of the interior. It opened in 1912 as the New Electric Cinema and offered a 25 feet wide proscenium and a stage 40 feet wide and 20 feet deep. This was the stage that caused a stir back in the 1950s when a scantily clad dance troupe performed for an enthusiastic audience of mainly Eastern European colliery workers. It was remodelled in 1965 and renamed the County Cinema, with seating for 582. It closed in September 1980 with Can’t Stop the Music starring the Village People. In a story that is beginning to sound all too familiar, it was later demolished.

During its three score and ten years the old County Cinema had a romance that even the rather non-descript photos cannot dispel. Tucked away in the shadows of a narrow side street behind the main shopping street, it seemed to occupy a permanently nocturnal state. Next door but one was Conti’s, a café serving real Italian coffee brought over to South Wales by families from Emilia Romagna in the 1930s. I remember, or perhaps only imagine I remember, the hiss of the milk being frothed through a stainless-steel nozzle, cosy formica-topped tables and steamed up windows. There was a blast of warm air that enveloped you when you pushed open the door, and the upbeat sounds of a jukebox that played popular hits for the audiences who hung out there before and following the screenings.

The cinema itself was no stranger to visitors from abroad. The beret-wearing Breton onion sellers – Johnny Onions or Sioni Winwns as we called them in Wales – appeared each year back then, with strings of pink hued bulbs tied to their bikes. It was hard work and the financial rewards were small. At a time when there was little money around, these Breton traders were considered poor even by the standards of people who had little themselves. They were allowed to sleep on the floor of the County Cinema and kind-hearted souls like my nana would invite them in for a hot meal before they went on their way again. My mother remembers a young lad who turned up one year, proudly showing off his red wellies. He spied her, rosy cheeked and Shirley Temple curled, peering out shyly from behind the parlour door. His face lit up and he declared to my nana that he would return one day to marry her. That was enough to send my mother fleeing in a state of teary panic, vowing to run away from home should the Sioni Winwns ever return.

In the ‘happy ever after’ ending that crowned so many of the films I watched as a teenager, the twist to this tale should be that, reader, my mother did indeed go on to marry the adoring young onion seller. The truth is that she never saw him again and the cinema where he assembled his makeshift bed, dreaming of his life to come, is the site of a car park. Sad to tell, but the romance of the big screen that brought joy and meaning to many thousands of lives across so many decades in my home town was present for but a brief moment in time. Bridgend’s three cinemas undoubtedly blazed bright but now they are no more and in their place there is only the multiplex cinema in the retail outlet on the outskirts of town; a sugar-rush of a place, pumping out blockbusters and buckets of snacks. Real life is less sentimental than the films led me to believe; I have only fading memories and hiraeth, that deep sense of longing that follows me throughout my life.

The Film2021 project is funded by the National Lottery Heritage Fund. The author of the essay retains copyright and text cannot be used by others without her prior permission.