Fear of the Dark: Anxiety in the Audience Pamela Hutchinson 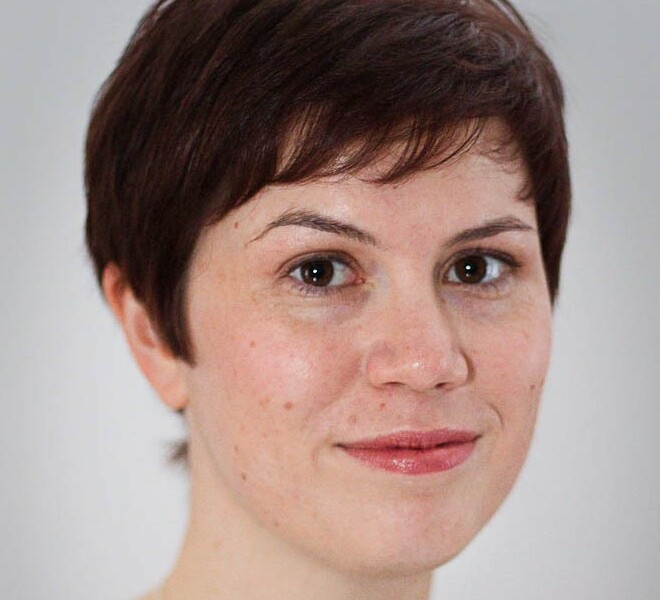 If you love movies as much I do, there’s a beautiful word for that: cinephile.

But what if your heart races, and your hands turn clammy at the thought of going to the cinema? If you squirm in your seat as the lights go down, and you have to let your eyes dart towards the exit signs, or tell yourself ‘it’s only a movie’ to calm yourself before the trailers have even finished? If you’ve ever had to dash from the auditorium and breathe into your handbag during a film, what are you then? I’m not asking for a friend. I’m asking for me.

The flipside of cinephilia must be cinephobia, right? And cinephobia is defined as the fear of films themselves. But I’m a movie critic, and a film historian, with a passion for everything from silent cinema and classical Hollywood to the kind of downbeat European arthouse fare that some people would call ‘gruelling’. Don’t you dare tell anyone I am a cinephobe. I love watching films, it’s just that sometimes, cinemas make me feel trapped, and the feeling of being transported into another world by the screen always brings to mind Susan Sontag’s phrase ‘kidnapped by the movie’. And not in a good way.

I have looked for other words. Cinemaphobia sounds good at first, but this is a different thing. It is really an aversion, not a phobia: cultural snobbery plus panic-mongering, first coined by critic Clifford Howard in 1929 for what he called a ‘morbid alarm’. It’s a shape-shifting stance that objects to cinema in general on an evolving but depressingly familiar set of criteria, from the fear that exposure to American accents in the talkies will corrupt the Queen’s English to the video-nasty furore of the 1980s. Most often, it’s an unpleasant mix of censorious moralising and the patronising attitude that classifies cinema as something less than art, and irredeemably commercial. ‘Like the gout,’ Howard wrote, ‘it serves as a symbol of polite superiority, and accordingly whosoever would have it known that he is not of the common herd develops a spleen against the Hollywood movies.’ If that’s my diagnosis, then I may have a serious amount of self-loathing to deal with.

Though on second thoughts, cinemaphobia may be a necessary component of cinephilia. A fear not of cinema itself, but what cinema may become. The prevalence of franchises, sequels and remakes, the conversion from physical film to digital or simply the disturbing ability to stream a masterpiece on your phone have all been known to cause outbreaks of cinemaphobia. The academic Sarah Keller has written about the anxiety that is wrapped up in cinephilia. ‘From change to change, dread has been a factor in how theorists, scholars and film-goers have characterized cinema,’ she wrote. ‘Dread over the possibility of losing the object of one’s affection, dread over cinema’s death.’ That Sontag phrase comes from an essay entitled ‘The Decay of Cinema’ written in 1996, which expresses exactly this kind of dread. Cinemaphobia, in certain cases, may just be a dirty word for saying that you care about the pictures. Every critic is a little bit of a snob, after all. In my own inevitably prejudiced mind, the keyboard warriors fuming about the Ghostbusters reboot are cinemaphobes, but the critics aghast at Green Book winning an Oscar are just cinephiles. Like me, a critical cinephile, fretting along with minds much cleverer than mine, about the future of the art form. So maybe I’m a little cinemaphobic too, but surely it’s not bad films that make me hyperventilate at the multiplex.

Cinematophobia may be more the word I am looking for. This is a fear of the cinema space itself. It is a variant of agoraphobia, in which patients who are anxious about spending time in public places in general become especially fearful of going to the cinema. One wiki bluntly states that cinematophobia is no longer taken seriously, but perhaps that is because advice available online suggests that there is plenty of hope for cinematophobics. They can simply avoid going to the pictures – although that might cramp their social life. No mention of the detriment to the patient’s cultural life here, nor the peril of doing one’s job in the middle of an anxiety attack. Because clearly, no self-respecting film critic could be a cinematophobe . . .

When, one day in the middle of March 2020, my temperature spiked, my energy levels plummeted, my lungs tightened and my brain began to fog over I had to wonder whether cinema had really done for me this time. Was it the woman who sat behind me and coughed through a screening of Stella Meghie’s enchanting romantic drama The Photograph who infected me with Covid-19? I gave the film a positive review, but perhaps it would be the last one I’d ever write. Who ever heard of a film critic who is scared of going to the cinema?

Well, in 2020 I wasn’t alone. That may have been the last time I go to the cinema without a mask for a long time. The nation’s cinemas closed shortly after I took to my bed. And although I personally could just as easily have picked up the virus on the tube or in a supermarket, cinemas were officially on the risky list. Many people, even film professionals, considered the idea of watching a movie in an enclosed space, surrounded by people laughing, eating and breathing, with something approaching horror.

It would not be the first time. Historically, cinemas have witnessed their fair share of trauma. And I don’t just mean those apocryphal Parisians who allegedly jumped to their feet when they saw the Lumières’ train pull into La Ciotat station. I feel spiritually connected to them, even though I am pretty sure it didn’t happen. In the days of nitrate film, before building regulations required certain safety standards, cinema fires were common, and could be devastating. The word fleapit originated from the creepy-crawlies that festered in the warm seats in the days of rolling cinema programmes. Which means that, yes, early cinema managers did have to spray the auditorium down with Jeyes fluid, and other noxious aerosol disinfectants, especially when they reopened after the 1918 flu pandemic. Ew.

That was then. Now, cinemas are fairly safe places to be, and the only things I have ever really been scared of encountering in the dark are thankfully rare menaces. From creeps invading my personal space to whatever was concerning the multiple security guards at my press screening of Joker. In both cases, it is the patrons, not the venue or the film itself that are considered to be a disruptive influence. The cinema continues to demand obedience: silence your phone, stay in your assigned seat, don’t pirate the movie. Perhaps my anxiety is a tiny rebellion against the rules?

There’s a contradiction here. In the name of thrills, the films themselves, or the film-makers who create them, go out of their way to disrupt our sense of security, to prevent us from sitting quietly in our seats. Movies kidnap us with intent to cause psychic harm. Sound and colour first assaulted our senses, then widescreen, 3D and even Smell-O-Vision. The measure of a film has become the amount to which it disturbs your bodily functions: not just to laugh or cry but to flinch or scream or pass out. Mischievous director William Castle used to boobytrap the auditorium with skeletons and buzzers to make his audiences jump. In 1920, critics warned that the scares in the film Dr Jekyll and Mr Hyde might cause physical harm to young children or even unborn babies in the audience. The real danger came when punters rushed the cinemas to get a ticket, clambering through windows and crushing in the doorways. Nowadays, the marketing for new films capitalises on our physical upheaval. Press releases reveal that the shocking scenes in everything from found-footage horror The Blair Witch Project to arthouse cannibalism drama Raw have caused audiences to faint, or vomit.

Such stories do little to settle my nerves. But in my case, absence has made the heart grow fonder, or at least less faint. When I returned to the pictures after the pandemic break, I found I was glad to be back. I had missed the cinema: the darkness, the enveloping screen, the reclining chairs and the ear-blasting speakers. Not just that, but I also welcomed the queasy tingle of apprehension and the rush of blood around my system.

I have come to realise that there’s nothing wrong with enjoying a movie so much that it makes your heart race. The sweaty palms, the dancing stomach, the uncanny feeling that the world is spinning out of control? They are all symptoms of being in love.

Audio Recording
Listen to an audio recording of Pamela Hutchinson reading her essay at the SoundCloud link below.

Pamela Hutchinson is a freelance writer, critic and film historian who has written essays for several edited collections and is the author of the BFI Film Classic on Pandora’s Box and the editor of 30-Second Cinema (Ivy Press). She writes the silent cinema website Silent London.

THIS ESSAY IS A DRAFT FOR INCLUSION IN OUR FILM2021 BOOK WHICH WE WILL BE PUBLISHING IN OCTOBER. THE BOOK IS FUNDED BY THE NATIONAL LOTTERY HERITAGE FUND. THE AUTHOR RETAINS COPYRIGHT AND TEXT CAN NOT BE USED BY OTHERS WITHOUT HER PRIOR PERMISSION.