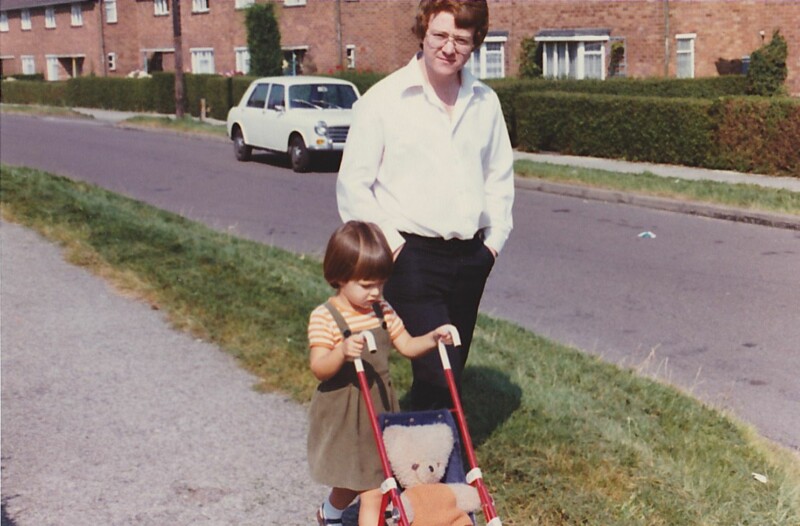 I grew up in council houses in Wombourne, a large village in South Staffordshire, around five-and-a-half miles from Wolverhampton. It’s a place with a long, proud history from the Domesday Book onwards. Some still prefer the traditional name Wombourn and have been known to vandalise signs with the added ‘e’.

There are two main council estates – Giggetty and Bullmeadow – as well as other council housing scattered around. These homes were mostly built by Wolverhampton Council to rehouse people from slum areas. On moving from Northern Ireland, my parents had turned down a grim place near Wolverhampton and hadn’t a clue where Wombourne was when offered a property there by a council officer. Thankfully they accepted the offer.

For the first few years we lived in Common Road near to a railway line which was later closed. I still remember the steam trains, watching them from the bridge nearby. We then moved to a larger house – we’re a big family – around three-quarters of a mile away in Bull Lane on the Bullmeadow estate.

Bullmeadow was mostly council properties with private housing around the edge. On our street was a green with shops: a butcher, a barber, a sweet shop, a fish and chip shop (later a Chinese takeaway). One owner of the chip shop was a National Front supporter, though the area then was almost exclusively white. (Racist candidates sometimes stood in elections, but got nowhere.) Further up the road was a playground – a miserable one, despite the good games of football we had there. When a slide was
eventually installed, one tough family monopolised it by sliding down and then climbing back up again without using the steps. There were two tough families at Bullmeadow but they were kept mostly under control by the community of the village.

The estate was obviously a meadow at one point. One of the streets was called, wonderfully, Billy Bun’s Lane. Some say there was once a well-known travelling salesman called William Bun; others that Billy Bun’s bakers was there. In true Wombourn(e) fashion, sometimes Bun became Bunn, though this was often vandalised too.

The streets had few cars then and there was space to play: endless French cricket, Kick the Can, football. We even ran round the green 26 times imitating the marathon runners we’d seen on television. We had time to play, too. There were few concerns about being abducted, and we were left to ourselves. There was even time to be bored. There was a library where I was introduced to the work of Jules Verne, though I don’t remember reading much as a child, which is odd given that I do little else now.

Nearby was Pickerel’s Hill where many a happy time was spent on rope swings and imaginary battles. (I was once called ’Brains’ by others for suggesting we use a stick to push nettles aside as we walked down it.) We had a brook to walk along and play in – the brook provides, perhaps, the original village name Wombrook. And there was a quarry where we walked to school, often on dangerous ledges. I hated that place, though, having failed to prevent classmates killing the frogs that had gone there to spawn. The last time I saw this area it had become a private housing site, like our
poor playground.

Our house was large, though I had to share a bedroom for a while with three brothers. We had a garden which dad turned into an allotment with a hen house (the eggs were very popular in the street) and fecund runner-bean plants, which were boiled, frozen and then eaten through the year – after that glut, I now much prefer broad beans.

The local schools were good and we walked there every day. I was not a model pupil until I got to the sixth form where kindly teachers turned the modest skills I had into enough qualifications – just barely enough – to get into university. One school report described me as ‘a spirited if somewhat limited performer on the recorder’ which is a better review than I deserved as I could play only the first few notes of ‘Three Blind Mice’.

I was not regarded as sixth-form material at first. I was originally in one of the top classes but had subsequently been demoted to lower-ability ones as I wasted my time. I was useless at mathematics; my languages were poor and I had little interest in most other things, except history, commerce and geology. I’m not sure where I was destined, but I’m sure few people had much confidence that it would be anywhere good.

I was lucky. We had to do a mock exam in 1976 to decide whether we did CSEs or O levels. This was the previous year’s exam. While filing something for the teacher I saw a copy of the English paper. Well-prepared, I gave such good answers – especially to one question about comics – that I was told I was O level standard. I probably needed some good fortune by this stage and this gave me the chance. It wasn’t quite cheating – to my way of thinking – and it meant I could go into the sixth form in 1977. Once I got there, I worked hard. I still failed to get many qualifications and survived maths by guessing the answers. However, I did well in economics due to much extra work and thanks to a teacher who marked the many previous A-level questions I attempted in my own time.

Like many people who grew up in council housing there was an ever-present embarrassment about this, though it may have been more about how I felt than how others saw me. I lied about the type of house I lived in. I said we were one of the early pioneers of Right-to-Buy and we planned to buy it. I didn’t then, and don’t now, object to Right-to-Buy, even the heavily discounted sale price, and my parents took advantage of this later – as did many families in the village. What was wrong was the failure to reinvest the proceeds into new council housing and the refusal to invest properly in
public housing by all governments in recent decades.

I remember always feeling poor, especially when the annual school cruise was announced and there was no chance I could go. In gym, white pumps were compulsory and we couldn’t afford them; black pumps were not allowed and we were told to go barefoot instead. I pretended it was a matter of choice: I was, I said, strengthening my feet. Thankfully we did not need school meals as you had to queue up separately for these if your parents were poor (and I had runner beans to look forward to at home). I hated the post-Christmas essay when we had to say what we were given and I made up imaginary gifts and money. I was mocked by a child in another council-house family for having someone else’s cooker – they had seen my dad and one of my brothers carrying it round to our house. We were as guilty as others, though: residents of Bullmeadow looked down on those living on the Giggetty estate.

We lived in a wealthy village and by comparison we were poor. But I can’t remember ever wanting for anything, even if I was embarrassed sometimes how we got it, like the cooker. We were the first house to have a colour TV (this came from my recently departed grandmother); my father was fortunate enough to win a share in a football pools syndicate and that year we got new bikes. In some ways, on reflection, we were ahead of our time: jumble-sale clothes then, charity-shop clothes now; plastic shoes then, Crocs now; the back-garden hen house was celebrated later in The Good Life – and keeping hens and growing food, even runner beans, meant we were ahead of Tom and Barbara and the contemporary environmental movement. What this upbringing did leave me with was a fear of poverty, a determination never to go back to those days and – after a spending spree in my twenties – a nervousness about spending money.

My family have gone on to do good things, develop and sustain careers, build families, have more wealth than my parents could ever have dreamed about. (My father told me he did dream about money. One time he kept seeing gold bars floating by him but he had to put his hands into piles of sewage to reach them.) This is a huge shift from the life I lived decades earlier: feeling poor and knowing the stigma of living in council housing.

But how true is this impression I have of what life was like then? I was contacted recently by an old school friend. She had attended a reunion with other sixth-form colleagues and said they were wondering what had happened to me. We met up – the next big reunion was some months away – and spent a happy time reminiscing. She showed me some photos from that period. To my amazement I was part of a group, and a valued member of the group at that.

I remember being in the school plays – my lamentable performances as Billy Liar’s father, counsel for the plaintiff in Trial by Jury and the publican in My Fair Lady, all presented in Wolverhampton accents – but I didn’t appreciate that my colleagues valued me and never imagined that some from that group would want to talk to me again. I hadn’t achieved what I thought I would – that was to be a politician (I had been the Labour Party candidate in the school mock election and got a swing towards Labour in the year of Margaret Thatcher’s victory – I still lost) but I was staggered to
hear that they always thought I would make it and go on to great things. I don’t think I have, but I’ve done better than I thought I would 40 years ago.

I now see that in many ways I have had – so far – a fortunate life and it was the start I got that made it all happen. What I disdained at the time, what I hid as far as I could, is, looking back, what counted: secure housing at an affordable rent in a place that was a community. There was much else – a stable family; a permanent job for my father at Goodyear; a mother who could mostly stay at home to look after seven children. There was schooling which helped me, often despite myself, to make progress. And there was the chance to go to university when I only had three O levels and two A levels, to face no tuition fees, to get a grant, to sign on in the summer (and get paid to deliver the post at Christmas). With the breaking of the 1945 social contract and the removal of the ladder that helped me and other working-class people climb to higher things, this is a chance that others do not get. This is a disgrace. In the year of the centenary of the council estate there are once again council houses being built. This is a small but necessary step forward in the transformation of life, education and work that people in the twenty-first century need.

THIS ESSAY WAS FIRST PUBLISHED IN 2019 AS PART OF THE HOMES FOR HEROES 100 programme. Andrew Kelly is the director of Bristol ideas. Header photo: ANdrew Kelly on Bull lane, WOmbourne, with his eldest niece, clare, early 1980s (photo by John Kelly).