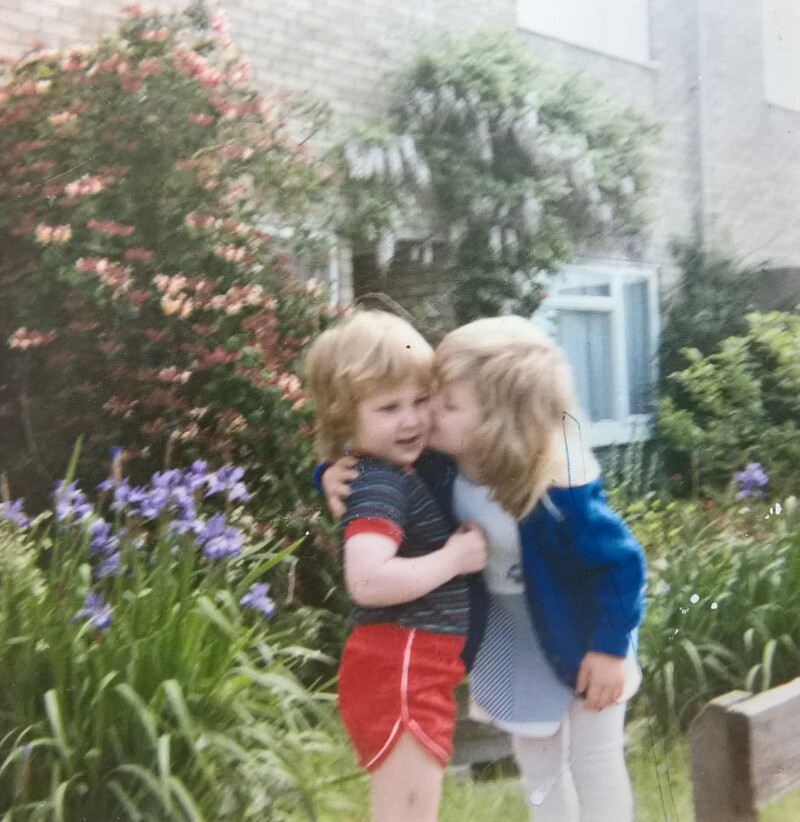 The transformation of Stevenage into Britain’s first new town in the late 1940s was the result of big thinking and big investment.

New estates, made up mostly of council housing, were designed to encourage a sense of community and provide everything that newcomers to the town would need. The idea was to create areas with good houses, good schools and good local services for working-class people moving out of London.

By the time I was born there in 1982, these estates were well-established. Our family didn’t have much back then; our most valuable possession was a sky-blue Ford van that my dad used for various jobs. But what we did have was a safe and secure home. Something many people can’t say today.

Our house sat in the middle of a row of other council houses. At the end of the street was a park and a local authority-run play centre, where I spent most of my time. A doctor’s, dentist, church, row of shops, pub and primary school were all within a ten-minute walk. Everything we needed was right there.

I knew the estate like the back of my hand. A system of underpasses and cycle tracks means that you can walk around most parts of Stevenage without ever crossing a road. This meant that as children we were out playing from a very young age. My memories of the summer holidays are of one child after another running in and out of my house, or of me running in and out of theirs.

The sense of community that the town’s planners had hoped for certainly existed. I never felt any shame about living on a council estate. It was just normal. It felt like most of the town was made up of council houses and almost all of my friends lived in a home similar to mine.

People in our area did all types of jobs. When I was very young, my dad did a bit of hairdressing, set up a dating agency (he was even best man for one couple he got together), worked at John Lewis and eventually got a job writing NIBs (news in brief) for the local newspaper. I’m still not sure how he landed that job, but he was determined to make the most of the opportunity. He sent off for a journalism course that he could study at home and turned our shoe/gas meter cupboard into a makeshift office. I’d often pop in to slot 50p into the chunky metal meter to keep the gas on and there he would be sat, amid all the shoes, reading his books.

He went on to become news editor of the paper and trained my mum to be a part-time features writer. It was around this time that my parents decided that, like so many people around them, they would buy our house under the Right-to-Buy rules. A few years later we moved away from Stevenage and into the first non-council house any of us had lived in. But like any good working-class story, things weren’t all smooth sailing. By then my parents were freelancing and the soaring interest rates of the early 1990s made it increasingly hard for them to make the mortgage repayments. Before long, we returned to council-house living and although my dad continued to write in his spare time, my parents went back to doing reliable jobs which paid the bills rather than the journalism that they had loved.

When people talk of their childhoods on a council estate, they often speak of having had a desire to escape. I never had that urge. In fact, as soon as I moved out of home at 17, I put my name down for my own council house. The problem was that by then the amount of social housing in England was dwindling fast and you had to be in emergency need to stand any real chance of being housed. Despite working for the minimum wage for many years, I was not seen as an emergency case and instead was forced to rent privately.

Although all my family still lives in council or housing association homes, it has been 20 years since I have, and I can honestly say that I have never experienced the same sense of community that I did as a child in the 1980s.

Today, with soaring levels of homelessness, there is a lot that could be learned from new towns like Stevenage. They might not have been the prettiest or most cultured places, but they provided safe and secure housing for families and gave people a foundation on which to build their lives. My dad wouldn’t have had the time or energy to train to be a journalist if he had been fighting to keep a roof over our heads.

Right now, there are thousands of children stuck living in and hotels waiting for a permanent home. What does that teach them about their selfworth? About their future prospects? I recently spoke to a woman who was living in appalling conditions in a flat in South London. She said: ‘I’ve always told my daughter that if she works hard, she can achieve anything. I’m not sure I can tell her that anymore.’

When my parents bought our council house, they believed it would be replaced with another; we now know that never happened. In Stevenage, council housing stock has dropped from around 30,000 in the 1980s to around 8,000 today. This saddened my family greatly and my dad always said that buying the house was one of his biggest regrets.

Today, more than a million people are currently stuck on council-house waiting lists and right across the country people are struggling to make ends meet because of the increasing cost of private rent. A similar vision to the new towns of the 1940s and 50s would go a long way towards tackling the crisis. All that is needed is the political will.

THIS ESSAY WAS FIRST PUBLISHED IN 2019 AS PART OF THE HOMES FOR HEROES 100 PROGRAMME. NATALIE Bloomer IS A freelance writer specialising in social affairs, family matters and politics. HEader Photo: Author’s own.