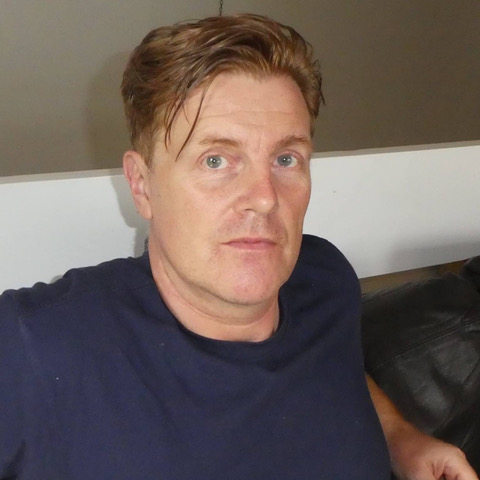 My first sexual fumblings were in the Welling Granada cinema. I was 14.

‘Wanna go to the flicks on Friday night?’

‘Yeah, alright. Bexleyheath or Welling? I’ll have to ask my mum.’

This was back in the 1970s, the age of greasy Wimpy bars and smoking on buses. The tedium of life in the suburbs is hard to evoke. It never really mattered what we were watching. Most of the films we ended up going to were dire – sub-Carry On or about car rallies, as I remember them. But we didn’t pay much attention. Instead, there was the slow progress from legs just touching, hands brushing against denim, a clumsy kiss, then, if things were going well, the stealthy and very slow progress of hands. . . mine. . . over thighs, waist, trying to get under a t-shirt without being seen by anyone behind us, and without her clamping her arm down on mine to stop me. . . and maybe, just maybe, I’d reach her breast, or just once, her nipple, before it got too risky, and we pretended to watch the film for a bit. More than once we stayed in the cinema and ‘watched’ the same film twice.

Apart from that, growing up, it was Bambi, Walt Disney’s Fantasia, and The Sound of Music (all with my mum), or the latest James Bond movies (with my dad). Cinemas were always the same – uncomfortable noisy folding seats of faded red velvet, the smell of stale tobacco, the usherette with a torch, the dust motes floating in the conical beam of the projector, endless advertisements before the main feature. Then the weird peekaboo creaky closing and opening of the nylon curtains in front of the screen, the rustling of sweet papers, loud ‘shhhhhhhhh’ noises, and the shaky film certification as the projectionist tried to get the focus right.

Another confession. There was that time three of us from the school rugby team met up to go to an X-film. We’d been lured by a movie poster that showed naked women cavorting outside, their bodies barely covered. The X-certificate told us that we’d definitely see more if we got in. We were only just 15, but had hit adolescence, and thought we could pretend to be 18. It was obvious that we couldn’t pass, but the old man taking our money for the matinee clearly couldn’t care less. I kept looking down at the floor, as Kieron, the tallest and oldest-looking of us asked for three tickets as we kept out of sight behind him. We could hardly believe we’d got in.

Manspreading our legs in the nearly empty cinema, we waited, feeling guilty and excited, for the advertisements to end. Finally, the movie came on. It was Pier Paolo Pasolini’s The Canterbury Tales, the artiest film I’d seen. Not at all what we’d expected. We couldn’t really follow what was going on, but there were – eventually – the promised glimpses of flesh. It was still a great disappointment, though, barely titillating. We left feeling cheated.

At university in Bristol I started watching better films, inspired by a flatmate: Bladerunner, Stop Making Sense, Eraserhead. Later I’d write short reviews for the student newspaper and the local equivalent of Time Out – that gave me access to press viewings at Arnolfini and then at the newly-opened Watershed. I even got a job sitting in the art gallery at the Watershed that was paid entirely in cinema tickets – a good deal as far as I was concerned. I remember seeing Fassbinder’s Querelle and Veronika Voss and not knowing quite what to make of either.

Then to Cambridge in 1984 where the only cinema that really mattered was the Arts Cinema. That was my perfect cinema. I never had enough money to see all the films I wanted to. There were so many films I missed. I think I saw Down by Law and She’s Gotta Have It there (or did I misremember where they were screened?), but I wish I’d gone to the film festivals they held. The most moving and powerful experience I have had in a cinema was there watching Shoah, all nine hours 21 minutes of it. The two parts were shown on consecutive days. It was almost unbearable. Straight after the second, the director, the philosopher Claude Lanzmann (the only man to have lived with Simone de Beauvoir), gave a talk on the small stage in front of the screen. He was strong, tall and confident, and strode around taking no prisoners. On the stage with him was a survivor of Auschwitz – he hardly spoke. Someone dared to criticise Lanzmann for being unfair to the Poles in the film – Lanzmann was fierce in his response. Someone else near the front couldn’t formulate his question. Lanzmann came to the edge of the stage and loomed over him, making him repeat the question several times in what seemed more like a public humiliation than a request for clarity. I didn’t want him to be a bully, his film was so important and so brilliantly put together. But that is how I remember him.

Dates at the Cambridge Arts Cinema were very different from my days in the back row in Welling and Bexleyheath. I met a beautiful Greek archaeologist, Alexandra, at a college disco, and we fixed up to see Kurasowa’s Throne of Blood a few days later. I was excited that she wanted to see a Kurasowa movie, and that she had seen it several times already. That seemed so promising. I bought both our tickets and waited in the alleyway outside the theatre. She didn’t show. I couldn’t believe she had stood me up. I was disappointed and hurt. I almost left and went home. But I didn’t want to miss the movie (even though I’d seen it once already). So, I tore up her ticket and went in. Twenty minutes into the movie, she slipped into the seat next to me, whispering an apology.

Somehow, and I’m not really sure how, while I was in limbo between finishing my PhD and getting my first lectureship, I ended up with a wonderful part-time job at the National Film School in Beaconsfield. I didn’t apply for the job. Someone just offered it to me. All I had to do was go into the school on the chartered coach from Marylebone a couple of days a week, attend the various seminars on scriptwriting and film criticism, make a few minor contributions, and then once a week give my own seminar on a philosophical theme that might be of interest to film-makers. They not only paid me for this but let me sit in on the weekly screenings in the school’s cinema. This was a real education. The film critic Mark Le Fanu was there too – he spoke knowledgeably about Tarkovsky and Ozu. Some of the other staff were film editors who’d worked on films such as Peeping Tom and Deep End and who were able to explain montage and visual storytelling from the inside. Memorably, film directors would often show up to the screenings to talk about their own films. I remember Jiří Menzel talking about Closely Observed Trains, and Terence Davies discussing his amazing Trilogy. I couldn’t believe my luck. I still can’t.

At this time, it must have been 1990, I was going to the cinema whenever I could afford it and watching videos when I couldn’t. I read Hitchcock’s interviews with Truffaut and struggled through film theory; I read Stanley Cavell on Hollywood remarriage movies, and Susan Sontag on Robert Bresson. I met Anna, now my wife. One of our first dates was watching Alice in the Cities at the National Film Theatre (I’d told her the story of Alexandra arriving 20 minutes after the film had started, and she later revealed that she’d been terrified of being late). We held hands through the film. I was impressed that she could follow the film without reading the subtitles. We moved in together in Brixton in 1991 and we’d go to coffee-fuelled late-night showings at the Ritzy – the single-screen shabby cinema that we loved, not the chic multiplex that took its place. Occasionally we’d travel as far afield as the Gate in Notting Hill. But when I got a job at Nottingham University, our movie-going tailed off. Instead, we became regulars at the Forest ground, watching Stuart Pearce, Stan Collymore, and the final days of Brian Clough in charge of a team that bristled with talent, but seemed to lose too many matches. Then we had children and our cinema-going days more or less ended. There was so much else going on.

Now that our children have grown up, pre-Covid, we had started going back to the cinema – sometimes with them, sometimes not. In Oxford, where we now live, we moved between the tiny Ultimate Picture Palace, the multi-screen Vue Cinema, the Phoenix in Jericho, and the newly-opened Curzon Cinema, the most luxurious of the four. Recently we saw The Irishman and Parasite there. It felt as if we’d started to date again.

Nigel Warburton is a freelance philosopher. His books include A Little History of Philosophy, The Art Question, Free Speech: A Very Short Introduction, a biography of the architect Ernö Goldfinger, and an edited book about the photographer Bill Brandt. With David Edmonds he makes the podcast Philosophy Bites.