Caleb Parkin Bristol Queen A poem in celebration of matriarchs 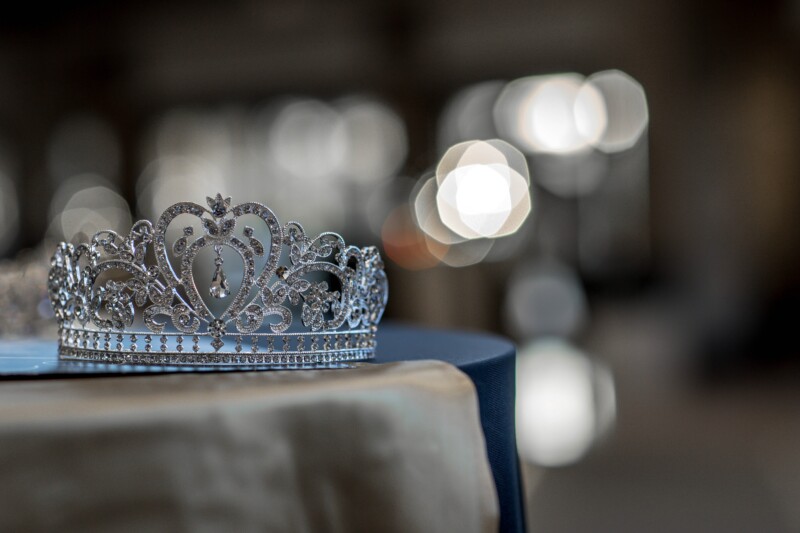 By Weston-Super-Mare station, Bristol Queen
rests Her weathered hull on stacks of bricks, floats
in air over car park tarmac and waves of
tufty grass. From here, She voyages
pasts with Her motley crew of matriarchs,
who go by Appachi, Boms, Nan-Nan, Duchess
Beryl, Grandma Tea Bags.

flickers, glitches between Her rust-muted
now and Her pristine solder-fresh beginning.
She is a hundred-tonne shipshape TARDIS,
whose portholes blink through centuries,
whose funnel puffs out cloudy faces,
where it’s an all-day every-day banquet.
In the galley, the crew bustle over trivets
on open fire, cream aga, four-ring hob.
Roast potatoes by the sack load with sprouts
which are nice, you know; casserole by the gallon;
mountains of red rice, sorru, aloo, parrapu;
a roast dinner, cooked in California; hundreds
of packs of Knorr soup with fresh soda bread.
If it wasn’t phantasmal, the cake table might cause
a capsize, with its freight of fruitcakes and lemon
drizzle and treacle tarts and Jamaican ginger
and a hedgehog-zilla of coffee sponge, with Cadbury’s quills,
Smartie nose and eyes – which widen at this baked storm
on the trestle table’s horizon.

I think it’s time for a Campari darling, don’t you?
She drinks Guinness, or ‘Grandma’s fizzy’
(sailor-strength gin), or mutters quiet disapproval
in Punjabi, as She natters about the Chiddlers,
the Grandlings, those they call Pattar, Luv, Ducks.
And then She plays bingo with buttons, not money;
or Scrabble, with a luxurious velvet bag, rummaging
for stories: learning tennis in a white sari
on a 1900s lawn; building a palace of locked
arms on Greenham Common; staging a parade
of anti-Brexit leaflets by the Waitrose doors;
bedecked for a 1930s ball solely in gold paint;
waiting hours to see the Tour de France fly past
in seconds, that way lives do.

swell to the great shrilling pistons of song,
in terrible music hall falsetto: ‘When Irish Eyes’
competing with ‘Danny Boy’, colliding with Queen,
rhapsodic alongside ‘Mairzy Doats’ and Ooooooooooh-
klahoma and the boat is rocking in time
but not space, is clinking together the figurines
of these figures I have dusted off for you
here, on this new Bristol Queen, which is
also their lifeboat – a holy quote snatched
by a coastal breeze.

is the knitted memory of smaller crocheted
selves on a knee, stitched with aromas of talc
and coconut oil in a long, long plait.
The twinkle of brooches, fading.

the crew gaze out from the cracked glaze
of Her crowded deck. She is mopping
the crumbs from plates, each adorned
with Her own, uncrowned face.

1)            This year, we lost my last remaining grandparent, Nana Betty, and so in this poem I wanted to celebrate matriarchs. I sent out a form and chatted to people about their grandmothers or grandmother figures, inviting them to remember her regally, through her ‘palace’ and what she might have considered her ‘honours’ to bestow.

2)            On a recent train journey, I saw once again Bristol Queen, the boat where I’ve set this poem – and which really is in the car park next to Weston station. It clicked that this boat could be the setting where all these matriarchs assembled, outside of time, as a composite and archetype and told through the specifics I was offered in my research.

3)            With huge thanks to everyone who contributed memories of their regal matriarchs for this poem. I hope I’ve done them all justice and may they voyage on.