Apostasy and Cinema as a Confessional Space, by Liz Chege 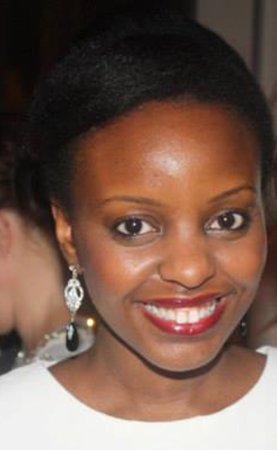 The familiar orange papaya blush of a Nairobi sunset flooded the wooden floor in union with the television’s purple glow, as trees rustled by the window.

‘This is the time of renewal,’ says a female AI voice through the screen. Michael York’s character fires his gun in haste as he comes to terms with his new reality in Michael Anderson’s Logan’s Run (1976). This is the first film I recall knocking me over. It made me a lifelong fan of science fiction and subsequently helped to influence my choice to study architecture and town planning. Set in the year 2274, humans somewhere in the US now live in the confines of a domed city enjoying an idyllic, hedonistic lifestyle. They are all young. When a person turns 30, they are ‘reincarnated’ for another blissful life cycle, thereby keeping the population of the city low. Those who know the dark truth become ‘runners’ and flee in the hope of finding sanctuary in the ‘outside’ but do so in blind faith as no one can confirm if it’s even possible to breathe outside the dome.

A late afternoon double-bill of dystopian sci-fi concluded with Richard Fleischer’s Soylent Green (1973), a nightmarish render of a future world controlled by big corporations and an innocent law enforcement officer (played by Charlton Heston) who uncovers an ugly truth. What a revelatory afternoon for a nine-year-old to behold. I was perpetually mortified by the rest of the Turner Classic Movies season of science fiction films – especially the infamous coda in Planet of the Apes (1968) – but I relished the abiding relationship between mystery, imagination and scientific truth. I still do. Somehow, this art found its way to a child in Kenya decades after it was made, finding a deep connection.

This wasn’t the first time film had planted itself as an animating force in my life. My first big-screen experience was watching Forrest Gump (1994) at the Fox Drive-In Cinema in Thika, Nairobi. When it was opened in 1958, it was attended by white patrons only but was accessible to all Kenyans in 1963 after cinemas were integrated. My mother needed an adventure after child-minding three children under the age of nine. I was so excited. I didn’t care that I didn’t quite understand the film. We had popcorn and the old speaker was hanging right above the window next to me, so the audio was crisp.

It was expensive to go on these outings, but as disposable income increased and the middle class grew, going to the cinema became more and more common. A key turning point was going to see Gus Van Sant’s Finding Forrester (2000) with my father after a rough day at work for him. He usually fell asleep during movies but didn’t snooze once! The excitement and debate about our personal responses to the film during the drive home will stay with me to my dying day.

My favourite films tend to grapple in some way with the business of being alive. In the opening sequence of Goran Dukić’s Wristcutters: A Love Story (2006) – another formative film for me – we find young college student Zia in the midst of making a decision. We think that it’s just to water his plants and clean his room, but soon discover that, as the title suggests, it is a resolution in favour of self-destruction. Consigned to a desolate hereafter that is the same but ‘just a little worse’ than his life before, we find him trapped in a purgatorial existence where he works for the aptly named restaurant Kamikaze Pizza. The landscapes are bare, but still beautiful in their muted, near colourless fugue. No one can smile here; no stars shine in the sky and no mirrors are directly shown (the latter, perhaps a consequence of the gruesome deaths suffered by a few of those who find themselves in this curious predicament). You’re never quite sure if there is a hierarchy, or if a system of reciprocity is in place, or if there is scope to go beyond what lies here. Surprisingly, it is an ultimately uplifting treasure.

I didn’t truly understand the power of cinema until Watershed in Bristol plunged into my life. I saw Kubrick’s 2001: A Space Odyssey (1968) for the very first time at this venue and had somehow escaped spoilers. It was screened as Kubrick intended, with an intermission, correct aspect ratio, curtains and music. The works. Watershed is responsible for many memorable cinema moments in my life thanks to the excellent curation and passion of Mark Cosgrove. Ironically, this is where I saw a Kenyan (and African) film on the big screen for the first time. Tosh Gitonga’s Nairobi Half Life (2012) imbued a sense of urgency in me to change my career path and recalibrate my love for film located in the margins of my life and pull it to the centre.

However, the most transformative experience I’ve ever had as an audience member arrived with Daniel Kokotajlo’s Apostasy (2017). Moral and representational stakes are high in this film, but Kokotajlo’s restraint at presenting this intimate, complex and brutal affair without condemnation or condescension is firm and compassionate. A former Jehovah’s Witness, he wrote and directed this story imbued with his own personal experiences and the circumstances he witnessed. The film centres upon devout Jehovah Witnesses Ivanna and her daughters Alex and Luisa and the frictions they endure in a journey of purgation, pursuit of The Truth, grief suppressed by faith, and the promise of The New System (the faith’s term for God’s kingdom).

The screening was followed by a Q&A with the director during which former Witnesses spoke of their own experiences and their dismay at their inability to forgive the damage that false and hollow fellowship had done to them. The trauma they experienced was extensive. Their testimonies included accounts of suicide, severe expulsions and all manner of abuse. The event was so powerful, I was still thinking about it four years later. I hadn’t experienced cinema as confessional space in this manner before, and it was all the more powerful because of Kokotajlo’s sharp sculpturing of this restrictive, claustrophobic world. My experiences with Catholicism – specifically the colonial tinges of Christianity – have no doubt shaped many of the tensions I’ve experienced in my personal and professional life, but also, most importantly, my self-perception and place in this world. Most moving in this film for me, is how we witness unravelling women who aren’t always aware of their unravelling or can’t reconcile with it once they are. It offered a rare insight into the complex nature of faith, family, duty and love. When forgiveness is honest and suffused with humility, it nourishes and emboldens relationships.

While Kokotajlo eschews ornament and traditional religious imagery, his use of light and colour is effective in conveying the liminal spaces where the characters ruminate on transformation and where absolute faith can be paralysing. To contemplate escape would be denying and leaving behind so much of what you have entangled into your identity. A life without a community bound by faith is unbearable. A mark of how accomplished this feature debut is, is the presentation of some aspects of the faith that could be seen as appealing and inclusive. For instance, the Witnesses are portrayed as having a strong commitment to reaching out to a multitude of communities and learning languages such as Urdu accurately. However, this veneer is closely balanced with the dark undercurrents shrouded in The Word. Once in a while, I retrieve the pockets in me where wounds still reside untended. While Kokotajlo doesn’t prescribe a remedy for us, his film is a tender but sharp and direct dispatch to us about examining where our own compassion lies and how we deploy it.

There isn’t always a complete and available remedy for our unseen maladies, but when we make it through, we can also help others grow strong. Cinema does this for me. While our human condition’s proclivity for distress can be temporarily escaped through this medium, I believe its purpose is far more encompassing and healing. To now be in a position where I can share this gift with others is the best gift of all.

Liz Chege is a film programmer, critic and curator. She is a Berlinale Talent alumni and founding member of Come the Revolution, a collective of creatives and curators committed to exploring Black life, experience and cultural expression through cinema. She was programme producer of the British Council’s No Direct Flight project at British Film Institute Southbank. She has curated programmes for international festivals and worked as a freelance marketing specialist for film-makers and distributors. Recently, she was appointed festival director of Africa in Motion.

THIS ESSAY IS included IN OUR FILM2021 BOOK WHICH WE PUBLISHed IN OCTOBER. THE BOOK IS FUNDED BY THE NATIONAL LOTTERY HERITAGE FUND. THE AUTHOR RETAINS COPYRIGHT AND TEXT CAN NOT BE USED BY OTHERS WITHOUT Her PRIOR PERMISSION.