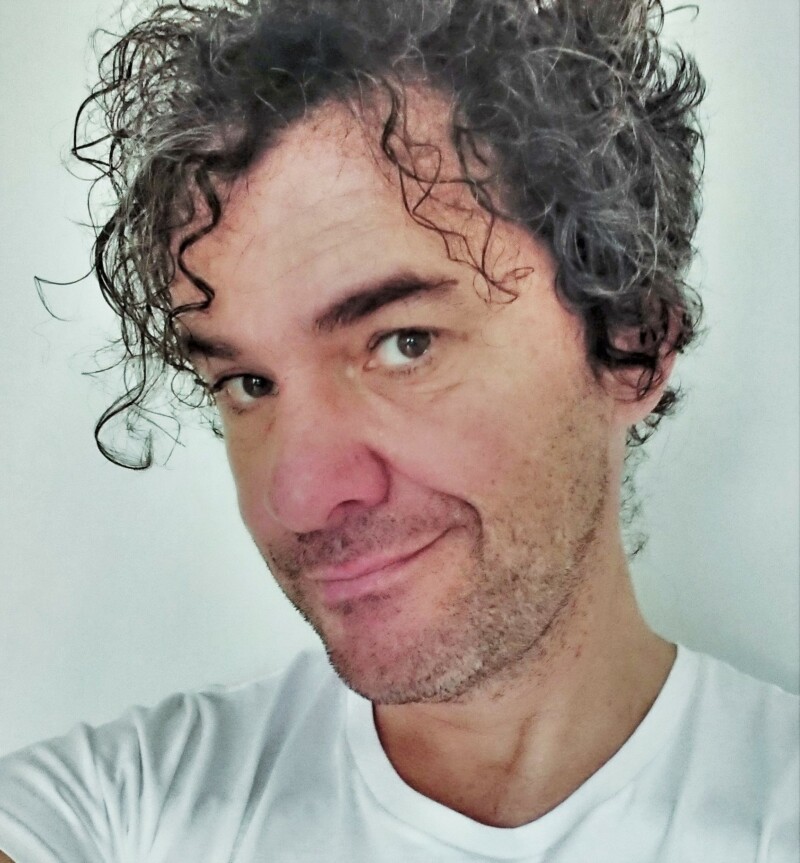 It was an epiphany, I suppose or, to use an Indian word, darshan: that moment when a curtain is pulled back, when you glimpse something astonishing, or sacred.

I’m not sure of the day or the exact year, but let’s call it a Tuesday afternoon, and it was certainly in the early 1990s, before everyday visual distance had been collapsed by Skype and Zoom, before Citizen Kane was a click away. I was in Edinburgh, Scotland, as usual, walking to its arthouse cinema, Filmhouse. I’d done that walk from my flat so many times that my body remembers the journey and, more than once, has taken me there when I meant to go to another place.

I was in my mid-20s and had, in my work life, been directing documentaries for British TV. Since my pre-teens, I’d been drawn to cinema as if it was a tractor beam and, rather surprisingly given my working-class roots, found myself calling ‘Action’ and ‘Cut’. Film had been a harbour and consolation for me, and I’d evolved a canon and set of preferences, which found their way into the kind of work I was making. I was using longish takes, working with children quite a bit, and the mood in my documentaries tended towards contemplation rather than sensation. I never used voice-overs and relied on interviewees to tell the story of the film: the approved style of the time, an approach rooted in BBC documentary film-making of the 1960s, perhaps.

My voice as a film-maker, therefore, combined my own taste and instincts with TV’s highbrow aesthetic techniques.

But then, that Tuesday afternoon, I bought a ticket for a Japanese documentary called The Emperor’s Naked Army Marches On. It is well known amongst movie lovers now but, 30 years ago, it was a rarity. I was drawn to rarities, to what I didn’t know. Back then, as now, I felt that my ignorance was my best friend, my life raft. I didn’t know much about Japanese documentary or – the subject of the film – the aftermath of the country’s World War Two experiences, and I wanted to. And so I took my seat.

The lights went down and, almost at once I saw on screen a man who would haunt me, Mr Okuzaki, an ex-soldier who believed that the Japanese government had wronged some of his fellow soldiers at the end of the war, and then covered up the iniquity. The respectable BBC way to investigate his allegations on camera would have been to interview retired soldiers and politicians and challenge them about what happened four decades earlier. A more dramatic version of the same reportage-storytelling tradition would be to bring Mr Okuzaki to do the interview himself, using his moral authority, his eye-witness account, as an extra lever to lift the lid of history or establishment cover-up.

But The Emperor’s Naked Army Marches On out-rode the latter in audacity. It vaulted over questions of journalistic measure and norms of intellectual decorum. Near the start we hear that Mr Okuzaki had been imprisoned for shooting pachinko balls at the Emperor. We see him approach elderly and sometimes unwell former military commanders and, when they feign ignorance or forgetfulness, he becomes enraged and – in a scene which, for me, sheared, hacked and gashed documentary decorum – attacked his interviewee, wrestling him to the ground, beating him and, at the same time,asking for the police to be called.

My eyes seemed to burn as I watched. I could feel my mind trying to situate this film, this scene, this rage on the map of documentary ethics or aesthetics that I had absorbed but, realising that it was off that chart, widening my mental map to incorporate this new infraction.

Four things are relevant about what happened that Tuesday afternoon in Filmhouse. The first is that the widening was permanent. Thirty years later, I not only remember the expansion of my documentary horizon clearly but, also, it has never contracted. As a movie-lover, as a movie-goer, when I see a new non-fiction film I always wonder where it fits in relation to The Emperor’s Naked Army Marches On. Compared to its infringement, many films seem under-powered. A new room in the movie mansion had opened up for me and, regularly since, I’ve shown the film, or talked about it in an attempt to jolt audiences and, also, to think through its ethical complexities.

‘What ethical complexities?’ you might say. ‘Mr Okuzaki was wrong to beat up those old guys.’ But was he? This is my second point. Soldiers died after the end of the war, and they were killed and then cannibalised. This was the buried, unrevealable, unsayable atrocity that fuelled Okuzaki, and the only people who could confirm it were the men before him. In order for Japan to face up to this particular historical abasement, he felt that he should use any means necessary.

The third element of the story is that The Emperor’s Naked Army Marches On changed my own film-making. Perhaps the combination of personal temperament and documentary tradition that I had used for some years was, anyway, running its course. Maybe as I went to Filmhouse as a film fan, the film-maker in me was looking to be disrupted, to see something I hadn’t seen. Whatever, as I watched I could feel myself thinking about a project I’d been planning and, as I did so, as Okuzaki assaulted, that project changed shape.

My planned film was about Holocaust denial. Neo-Nazism had been on the rise since the fall of the Berlin Wall in 1989 and I – together with a young film-maker called Mark Forrest – wanted to make a documentary about that denial. The standard method would be to interview survivors of the concentration camps, to present their eye-witness accounts. Or perhaps to film the children or even grandchildren of survivors as they visit Auschwitz or Treblinka for the first time.

There would have been memory in that method, but detachment and obliqueness too. As I watched Okuzaki, I realised that we needed something more frontal. I realised that I wanted to take the young Holocaust deniers to Auschwitz, and lie to them if necessary about where we were going and why. The resulting film, Another Journey by Train, did just that.

The fourth significance I’d like to mention about that Tuesday afternoon was that the cinema was almost empty. The person who programmed the film – Jim Hickey, the then head of Filmhouse – might well have been disappointed by the smallness of the audience, and I’m sure the cinema’s finance people were. The cost of importing the film print, etc, will definitely not have been recouped. And yet the effect was considerable.

Not only did I, a young film-maker, take my career up a gear, I went on to co-edit, with Kevin Macdonald, Imagining Reality: The Faber Book of Documentary in which I ensured that The Emperor’s Naked Army Marches On was covered, as were other Japanese films which – I discovered – were as good if not better. Some years later I did a three-year season on Japanese documentary at Sheffield’s Doc/Fest. And when I came to make The Story of Film: An Odyssey, my 15-hour history of the movies, I tracked down the film’s director, Hara Kazuo, interviewed him and give him a prominent place in my film.

My mind had been opened and, in gratitude, I tried to alert others to the greatness of Japanese non-fiction cinema to counter, to a small degree, Euro-centrism.

All four of these things – my learning about documentary, my encounter with the horror of post-war Japan, the breakthrough in how to make the Holocaust film, and my advocacy, as an emerging film historian, of a Golden Age of Japanese documentary – were the darshan. Going to Filmhouse that Tuesday launched things in me and beyond me.

I know this is mostly a small story, a personal one, but its river has a delta.

Mark Cousins a film-maker and writer whose work includes The Story of Children and Film, I Am Belfast, The Eyes of Orson Welles and The Story of Looking.

THIS ESSAY will be included IN OUR FILM2021 BOOK WHICH WE WILL BE PUBLISHING IN OCTOBER. THE BOOK IS FUNDED BY THE NATIONAL LOTTERY HERITAGE FUND. THE AUTHOR RETAINS COPYRIGHT AND TEXT CAN NOT BE USED BY OTHERS WITHOUT HIS PRIOR PERMISSION.